Bonchon isn't being timid with its growth goals.

The global brand is just getting started in the U.S., a plan that could see it multiple by five in the next five years.

When most people think of fried chicken chains, KFC, Popeyes, and other quick-service giants come to mind. But Bonchon, a lesser-known full-service brand that began in Korea and has gone global, is showing signs of becoming a formidable competitor to its fast-food rivals.

Because of its steady expansion, the company’s revenue spiked a healthy 27.5 percent in 2018.

Currently, Bonchon has 94 outlets in the U.S. but 337 worldwide. And it’s adding 15 new domestic locations this calendar year, making it one of the fastest-growing brands in its space, at a time when many casual competitors are shrinking. Moreover, it has ambitious plans to expand at a rapid rate in the near future.

Bonchon’s chicken is known for its crunchiness, which stems from being double-fried. But it also sells a plethora of popcorn shrimp and fried zucchini.

However, roughly 60 percent of its business stems from fried chicken and variations such as wings, drumsticks, and combos. It also touts healthy items such as tofu crispy chicken and avocado bowls.

VIG Partners, a Korean-based mid-market buyout firm, acquired a majority stake in Bonchon in December 2018. One of its first moves was installing Flynn Dekker, a former marketing chief at Wingstop, as chief executive officer in July. Dekker replaced Jinduk Seo, the chain’s founder, who launched it in 2002, and remains quality control officer and board member.

Most Bonchon locations are franchised—91 of the 94 U.S. stores are.

Michael Sabitoni, chairman of food and beverage management at Johnson & Wales University, in Providence, Rhode Island, said the brand is appealing to “the millennial market and Generation Z. and making it experiential.” While most chicken wing chains have a male-dominated atmosphere, its TVs are new focused as well as sports dominant, helping to draw in women as well as men.

The soft colors and relaxed décor also appeal to females, Sabitoni says. In fact, he finds the atmosphere so relaxed that it reminds him of the engaging atmosphere that Starbucks achieves at its coffeehouses. 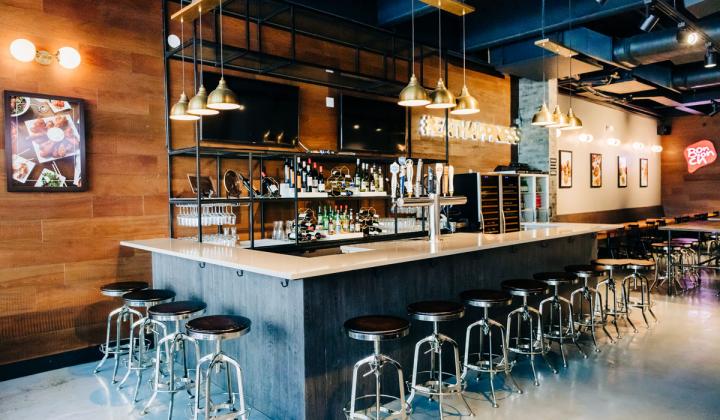 Bonchon's bar area is balanced by a dining room that appeals to families and other social gatherings.

Since Bonchon relies so heavily on franchising, Sabitoni says, one key to success is finding the right locations. So far, it’s been doing a good job with real estate. “Many are located in heavily populated areas and close to college towns, helping them appealing to college students,” he says.

Yet one hurdle with franchising is relinquishing quality control to operators. “They need a well-trained staff that follows the standard operating procedure guide so dinner at Bonchon in Boston or New Jersey is the same,” Sabitoni says.

Looking ahead, Sabotini expects to see continued growth with its new CEO leading the way.

Dekker describes his mission as “putting the system and processes in place to make sure we grow the business and make our franchisees as successful as possible.” He intends to achieve those goals by “growing top-line sales and lowering the cost of doing business.”

For example, he points to Bonchon’s just launching an improved supply chain ordering system to 70 percent of its franchisees, in which costs are lowered because of economies of scale. It streamlines business operations and reduces costs. A win-win, he says.

One of the keys to Bonchon’s success, Dekker adds, stems from avoiding overbuilding locations.  Many of its restaurants are 2,000–2,500 square feet. “It’s a lot easier to manage costs with that kind of footprint,” he says, rather than be burdened with the higher rents for 5,000 square feet.

As it adapts more to increasing delivery and take-out sales, Bonchon’s smaller space enables it to “adjust more easily and quickly,” Dekker says. 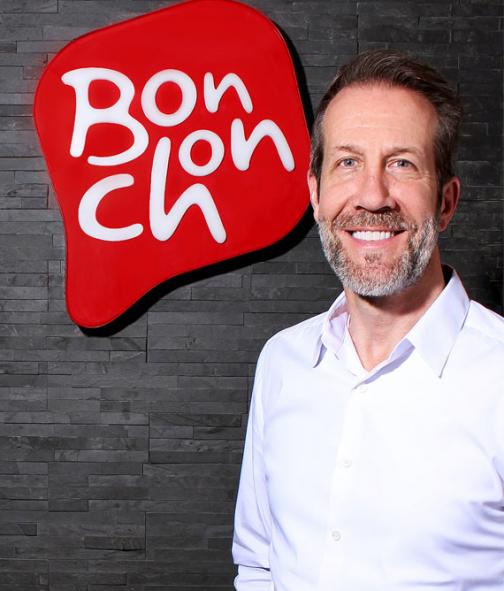 At the outset, franchising worked effectively because founder Seo was based in Korea and couldn’t oversee domestic company-owned locations in person. “Now we have the right models in place, and we’re putting more into operations to better support the franchisees,” Dekker says.

Although many Americans are dining on healthier food such as plant-based burgers, Dekker isn’t defensive in the least about being dependent on double-fried chicken. “We specialize in a product that is craveable and indulgent, and that’s where we want to stay. Everyone else can have the plant-based food market,” he says.

He also makes no apologies about the $30 or so per person dinner check. Many people take home leftovers and “are willing to pay what the product is worth,” Dekker says.

He describes Bonchon’s target audience as “diverse, but heavily skews female, with more people aged 18 to 24 than 35 to 44.” Women are attracted to its cuisine, and many women make the choices of where to dine out.

While Bonchon has been mostly located in larger cities like New York and Boston, Dekker expects it to thrive in smaller cities, with some tweaking. “We’ll have to refine the menu and think about the size of the store. At the end of the day, fried chicken sells everywhere,” he says.

Dekker expects rapid expansion. And there’s a big target on the board: He envisions 1,000 locations globally by 2024, tripling its number of outlets, with about 500 domestically by 2024, about five times its current size.

Getting there, Dekker says, will come down to an ability “to focus on brand strategy, put the supply chain and technology stack in place, increase the ease of operations, start on online ordering, and add the right people to the team to grow the business domestically and globally.”