The breakfast chain was founded in 2008 and expanded further in 2013.

Big Bad Breakfast CEO: The Morning Daypart is Bouncing Back

Travis Grappo, who was furloughed from his position as director of operations at Metro Diner, knows this firsthand.

“I understand it,” Grappo says. “A lot of folks lost their jobs. It’s been rough on everybody. I would imagine from everything I read and especially the public companies and being able to look at their revenues, the majority of folks were down quite a bit and were saved by third-party delivery and takeout.”

Once Grappo lost his job, he began distributing feelers and considering the West Coast since that’s where his wife’s from. Then a friend reached out, and Grappo connected with James Beard Award winner John Currence, owner of the seven-unit Big Bad Breakfast.

If you had told Grappo back in March that he’d return to the breakfast segment, he would have said not to take that bet. After all, his background is mostly in the dinner daypart, such as Outback Steakhouse parent Bloomin’ Brands, PDQ, and RA Sushi, Bar & Restaurant. But he taken with how Currence built the brand.

So he joined as CEO in late August, with promises of consistency, creativity, and growth.

“The culture that he's created and the quality of the food is top notch and his partners and board of directors—it's all about people,” Grappo says. “And that's why I went to Metro Diner. Same thing. I think people work for people, not companies. And when I went to Metro Diner, it was all about the leadership team. They were just absolutely salt of the earth—wonderful, professional, just great restaurateurs, and I was able to land on my feet and find those same people here at BBB [Big Bad Breakfast].”

Although it’s been a relatively short time since he’s taken the reins, Grappo does know that Big Bad Breakfast is returning to pre-COVID numbers thanks in part to third-party delivery and takeout. He adds that most don’t imagine ordering bacon and eggs for delivery, but the brand has been able to capitalize because of loyal customers.

Grappo says the brand onboarded him to ignite expansion like he did with Metro Diner, which exploded from 27 units to 60 in just a couple of years. But his main priorities right now are to understand the culture and food and build relationships with the team. He understands that growth is on the radar, however. Big Bad Breakfast’s eighth unit will open in Franklin, Tennessee, in a few months. It’s about 30 minutes south of the company’s Nashville location, which opened October 2019.

The restaurant veteran wants to ensure Big Bad Breakfast can enter new markets flawlessly. It will most likely stay in the Southeast initially and then venture into the rest of the country. 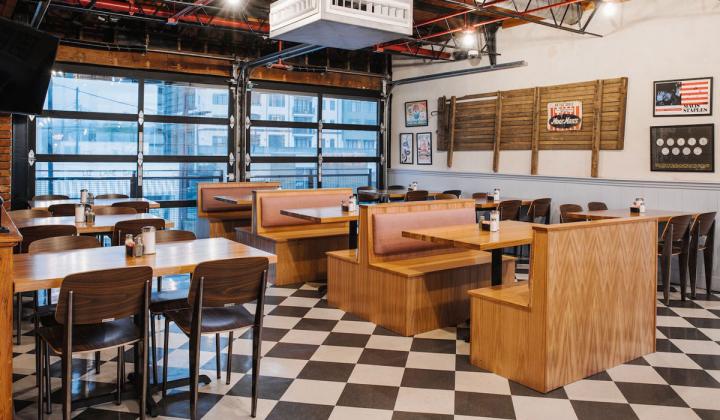 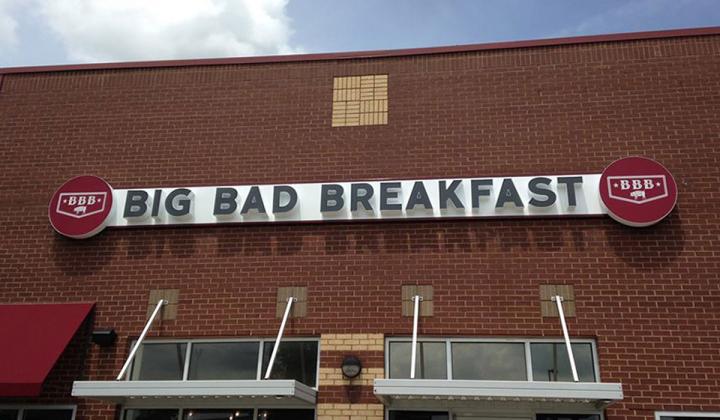 The breakfast daypart entered 2020 with much momentum, especially with the breakfast wars in the quick-service segment. Can full-serves regain share?

“We're very bullish on the national market,” Grappo says. “We have a great following there [Nashville] and we are looking at other markets in the Southeast. But if there's one thing I've learned, it's very, very important to earn the right to grow. Obviously with the pandemic there's going to be a lot of real estate available, which prior to the pandemic it was a very lean real estate market. And so now there's going to be a lot of great deals out there. But with a concept with only seven units, we’ve got to make sure our culture is solid, our food is solid. We just have to make sure that our execution is 100 percent before we start growing all over the United States. Some of our competitors have done a wonderful job, and we hope to emulate it.”

Grappo says he owes Metro Diner for helping him learn the ins and outs of the breakfast segment. He believes that experience will serve him well as the new leader of Big Bad Breakfast.

He notes that Metro Diner dabbled in the dinner daypart after he came on, but he doesn’t anticipate Big Bad Breakfast using that same avenue for growth.

“[Big Bad Breakfast] knows who they are,” Grappo says. “Obviously [Currence] owns other restaurants as well. But with breakfast in your name, you can’t have an identity crisis. You have to stick to what you’re good at and go all in.”

The breakfast daypart entered 2020 with much momentum, especially with the breakfast wars in the quick-service segment. According to The NPD Group, Americans ate nearly 102 billion breakfasts in 2019, with another 50 billion morning snack occasions.

However, the COVID pandemic has forced consumers to become isolated, which means working from home and the loss of the morning routine. Since then, states have lowered restrictions allowing for that routine to come back. For example, Big Bad Breakfast has one unit in Inlet Beach, Florida, a state in which Gov. Ron DeSantis has removed all capacity restrictions from dining rooms.

Grappo says while there’s many great restaurant concepts in the breakfast segment, Big Bad Breakfast will work relentlessly to execute operations and provide quality food. Currence started the restaurant with a plan of truly making it the “most important meal of the day.”

Grappo is simply continuing that vision.

“I really feel like [the breakfast segment] is starting to bounce back,” Grappo says. “… We’re fortunate to have some restaurants near hospitals where you have doctors and nurses get off the night shift, and that’s where they go. They want to come to Big Bad Breakfast. That daypart is starting to come back pretty solid. There was a note from the CEO of First Watch that said even during the pandemic, it’s one of the fastest growing restaurant brands in the United States right now. So that should tell you something. The segment is coming back, and it’s very exciting.”