Barcelona Wine Bar has changed hands a couple of times in the last few years.

Barcelona Wine Bar is Ready to Be Itself

The brand is in a stable place for focusing on its core values and careful growth.

Looking ahead at 2020, the Barcelona Wine Bar team is more excited about the changes they aren’t making than about a laundry list of upcoming updates.

“There’s always a conversation about change, but I think there might be a conversation about the things we’re saying no to, or not adopting,” says Drew McConnell, the 18-location concept’s senior brand manager. “We’re able to go aggressively far into the core elements that create the magic in our restaurants because of relationships and systems we’ve built over time.”

The brand’s 400-plus wine list—a labor of love that involves not only choosing a set of mostly-Spanish wines, but also setting up a domestic distribution network for small wineries used—is evidence of this slow-burning approach. Menus that vary from location-to-location and a host of thoughtfully retrofitted historic locations across the U.S. further emphasize Barcelona’s thorough processes.

“Slow and steady is what works for us. There will always be evolutions and improvements, but the customer won’t ever visit and think that we’ve changed the restaurant. That’s not the intention or the goal,” CEO Adam Halberg says.

This year, Barcelona’s ownership finally matches the stability of its brand culture.

After being sold to Del Frisco’s along with its younger-sibling concept bartaco in 2018, the tapas bar chain was sold again last summer, this time to L Catterton. During the two deals, the brand’s headquarters shifted from Connecticut, to Dallas, then back to Connecticut, with personnel and overall company culture shifting as well.

Now, Barcelona is ready to rest for a while, with Halberg, who’s been with the chain since 2008, in the position of CEO. The sale to L Catterton positioned the brand as a separate entity from bartaco and the brand is functioning independently for the first time, with an executive leadership team focused solely on making Barcelona more Barcelona.

Heading into the L Catterton sale, Barcelona reported first-quarter same-store sales gains of 3.7 percent as traffic boosted 3.6 percent, year-over-year, and average check was up just 0.1 percent. When Del Frisco’s purchased the brand, it billed Barcelona’s market potential between 50–100 restaurant. The concept generated $60.2 million in net sales in 2017 with average-unit volumes of $4.7 million on average checks of $35. At that time, Del Frisco’s said Barcelona’s sales to investment ratio was 2.3 times, and cash on return 57 percent.

“There will always be evolutions and improvements, but the customer won’t ever visit and think that we’ve changed the restaurant. That’s not the intention or the goal," says CEO CEO Adam Halberg.

Barcelona said its renewed focus will be coupled with measured growth in 2020. As of right now, Barcelona is situated in markets mainly on the East Coast (with the exception of one store in Denver and one in Nashville), but a Dallas location is slated to open in the first half of the year.

A Miami location is also planned for the end of 2020, and Halberg says the brand will grow at this rate of two-three locations per year for the foreseeable future. Expansion will happen in a combination of new and existing markets.

Site-wise, the emphasis is on individual neighborhoods with a lot of personality. Instead of dropping a pre-formed Spanish bar concept into a neighborhood with promising demographics, the Barcelona team spends time selecting neighborhoods with strong local history or culture. Each new restaurant melds into its surroundings with an individual chef, site-specific menus, and locally-inspired design elements—for instance, the Charlotte, North Carolina, bar was constructed in an old mill and vintage sewing machines and bobbins were used as décor.

“There tends to be a lack of soul in the white-washed squares built today, so we end up being attracted to these old buildings that have character to them,” Halberg says. 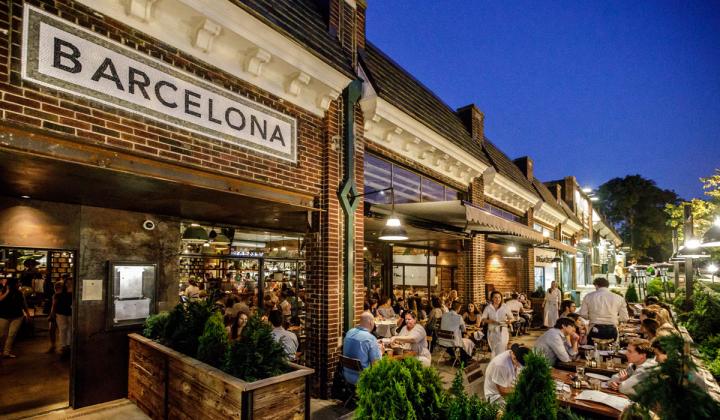 Looking inward to values instead of outward to trends

At the heart of Barcelona Wine Bar is, expectedly, its wine, along with a warm, convivial customer experience and handcrafted, site-specific tapas menus. These core areas of focus won’t shift anytime soon.

When it comes to hot-button topics in today’s full-service space—think off-premises delivery or plant-based proteins—Barcelona isn’t quick to hop on board just for the sake of being trendy. Halberg says vegetables make up roughly 65-70 percent of each store’s menu on average, negating the need for substitute proteins like Beyond and Impossible products. The heavy emphasis on in-store experience renders off-premises ordering systems less than necessary, and—while the brand did switch from pencil-and-paper to online reservations last year—data collection and analysis isn’t part of Barcelona’s modus operandi.

“We turned off almost every feature that the reservation service could do for us and only use it for reservations. We don’t do any sort of data-gathering on people. None of our tech is designed to manipulate or coerce the customer; really, we want to give people a reprieve from tech,” McConnell says.

Of course, Barcelona’s penchant for timelessness over trendiness doesn’t mean that there aren’t any changes happening at all—in fact, it’s quite the opposite.

The chain’s menus are constantly shifting, with offerings adjusting daily depending on chef inspiration and seasonal availability. As long as dishes abide by the frameworks of the Barcelona menu—Mediterranean tastes, simple applications, and ingredient-driven recipes—they are fair game, resulting in an ever-changing web of menus across the brand’s system.

“It’s hard to say, ‘Here’s what to look out for in 2020,’ because every day is something different. It’s exciting and really fun—we’ve got tried-and-true recipes that are our staple dishes, but every chef works with their own local purveyors, their own experiences, their own inspirations,” vice president of food and beverage innovations Gretchen Thomas says.

“None of our tech is designed to manipulate or coerce the customer; really, we want to give people a reprieve from tech," says Drew McConnell, senior brand manager. 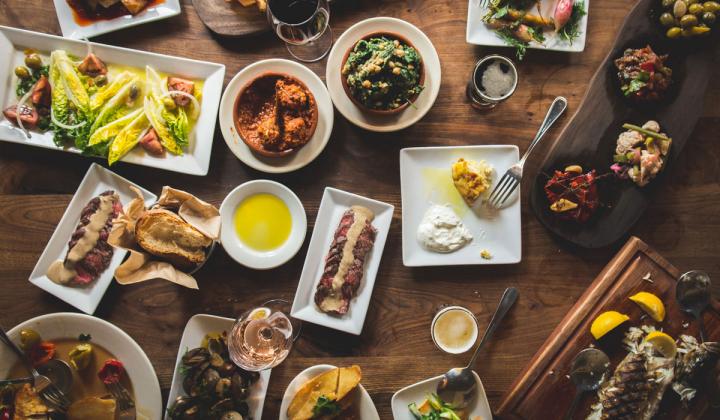 And, while restaurants share a majority of the same wines due to distribution logistics, the beverage program requires constant attention and upkeep as new markets are added. Most wines offered at Barcelona come from Spain, meaning that Thomas must work to create the channels needed to make varieties from small Spanish wineries available at each new location.

For instance, when the Nashville bar opened, Barcelona was the first Spanish concept in the city. As a result, Thomas had to locate distributors in the Nashville region willing to carry the long list of Spanish wines that previously hadn’t been sold in the area.

“The wine is a struggle every time we open in a new market because we have to find all the wines homes again, and building a large Spanish wine program can take months of work in advance of an opening. But we love it; we’re like the ambassadors for these little wineries,” Thomas says.

The spotty availability of certain Spanish wines in certain markets makes for a wine list that does have some variation from restaurant to restaurant, and—while Thomas says that is less intentional and more a result of the U.S. alcohol industry—this idiosyncrasy perfectly matches the distinctive Barcelona brand the team is so intent on preserving.

And, even as new restaurants are added to the fold, this unique culture will indeed stay with the brand if Halberg has anything to do with it. The trick, he says, is hiring the right network of people for each location and focusing on giving the customer a warm, familiar experience.

“It would only be difficult to run intimate, personal restaurants across all these states and cities, if we were the ones running the restaurants and we didn’t have amazing people in each restaurant who treat it as if it’s their own,” he says. ““Our restaurants are not successful because we’re a Spanish concept, but because what we’re doing at the heart of it all is filling the role of your favorite neighborhood bar and grill.”