Daily Gather’s push for human connection as part of its concept is aided by the atmosphere of the restaurant.

Daily Gather Brings People Together as Social Dining Storms Back

Aaron Lyons' full-service concept is all about reconnection.

On the heels of the COVID-19 pandemic, Daily Gather embraces a kind of connection that people were not able to have during times of isolation.

“Our whole deal is to get around the table, put the phones away. Let's embrace this kind of face-to-face time that was taken away from us for a couple of years,” says Aaron Lyons, the founder and CEO of Five 12 Restaurant concepts.

Lyons is most well-known for his restaurant chain Dish Society, which has six units in the Houston area. Dish Society’s model is fast casual from midday to 3:30 pm, before switching over to full service with a social hour and dinner after that.

Daily Gather also has a social hour, but the similarities pretty much end there.

Lyons says Daily Gather is a “more elevated experience, top to bottom.” The restaurant is about 50 percent larger than the typical Dish Society and has a more ambitious menu. Lyons also adds that while Dish Society is well suited for takeout, doing anywhere from 40–50 percent of their sales off-premises, Daily Gather does less than 5 percent of its sales outside the four walls.

Daily Gather’s push for human connection as part of its concept is aided by the atmosphere of the restaurant. The space is good for accommodating large groups, with six- and eight-top tables and a large patio with lounge areas for guests. There is also a sizable bar with over 20 seats and a private dining lounge.

Lyons says servers also greet each table with custom conversation starter packs of cards that help visitors get to know each other.

“Even if you're there with somebody you've known your whole life, you're still going to learn something new about them,” Lyons says. 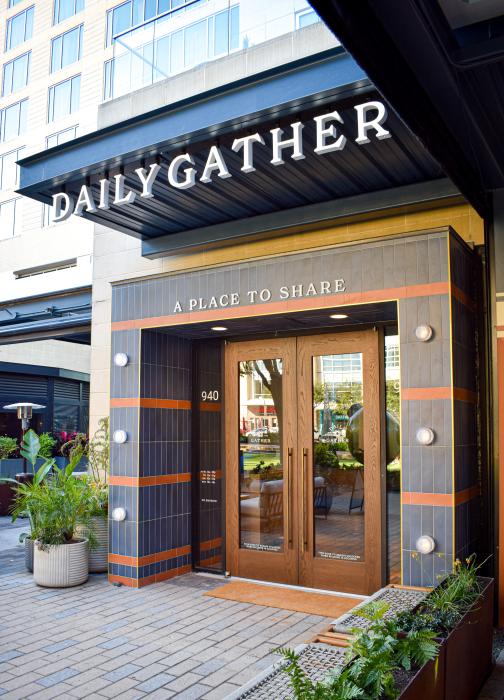 Daily Gather's social nature is right on the sign.

The menu also lends itself to bringing people together with a host of sharable items. Daily Gather has brunch boards that serve four to six people so guests can try different things with the people at their table. Lyons says the restaurant has more shareables than main entrees, further emphasizing its connective aim.

With a lot of people still working virtually, Lyons says corporate companies in the area use Daily Gather’s private dining room for events in order to maintain a company culture despite the distance. He also says the patio serves as a space people use for events like baby and bridal showers.

The mixed-use development in west Houston that houses Daily Gather is home to offices and coworking spaces, as well as an apartment complex within walking distance.

“As far as West Houston goes, this is like a downtown,” Lyons says. “It is a central point for people to go and shop and eat and workout. It's a really great atmosphere for us and it attracts a lot of our target market for sure.”

That target market Lyons is talking about is mostly corporate people and stay-at-home moms for lunch, but shifts to date nights and larger group gatherings at dinner.

“It's a really, really good mix of folks,” Lyons says. “It's exactly what we wanted and what we were planning for.”

When it comes to staffing a concept like this, Lyons says it is always challenging. In the case of Daily Gather, the large space was the most significant obstacle when hiring. Lyons says because they have as many seats outside as they do inside, they need a lot of servers. 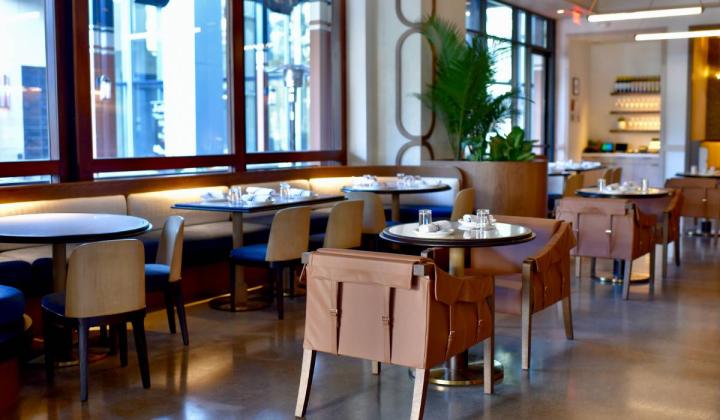 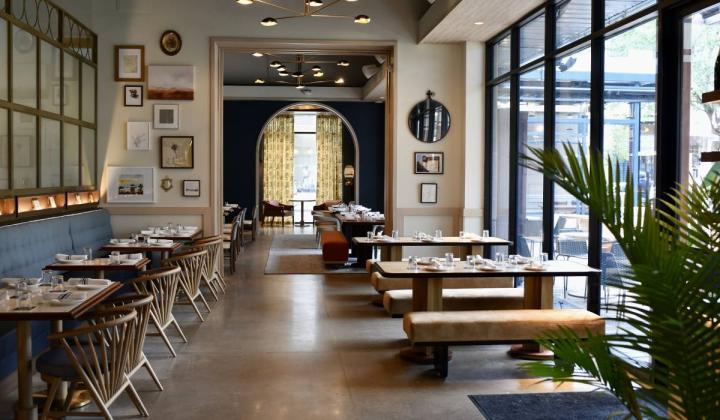 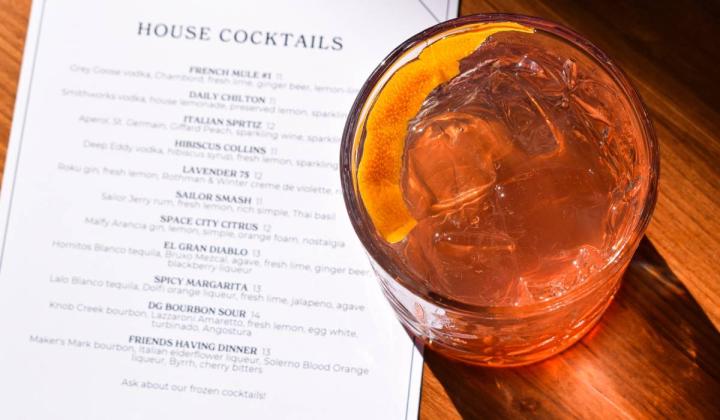 In the future, Lyons says they are looking into other markets in Texas like Austin, San Antonio, and Dallas Fort Worth.

They got an initial boost from being a new restaurant and have managed to remain adequately staffed. Now, with the hot Houston summer, less people are sitting on the patio, which eases up the need for extra staff, Lyons says. There is also the benefit of having staff from Dish Society fill in when necessary.

More than just the sheer number of employees it takes to run Daily Gather, Lyons says they try to hire people that align with their core value of hospitality and understand and embody the concept of the restaurant.

“We want to make you feel really special when you're there,” he says. “And when you leave, make you want to come back, so we try to find people that really embody that.”

Lyons says these qualities are harder and harder to find because of how transactional things have become during the pandemic.

“It's just a different world right now and we're trying to do our best to reemphasize that and highlight that and do our best to deliver hospitality, but it's just been a weird situation,” Lyons says.

Though the large space was challenging to staff and had some design quirks, Lyons says he has always had his eye on this site. This was mainly because it is an area where many people gather frequently, and those people want to support local businesses.

The size of the space stayed the same as when Daily Gather got the place, but the interiors and aesthetics are completely new, Lyons said. They wanted to accentuate the natural lighting and create a comfortable feel to the restaurant that made people want to keep coming back.

This vibe and concept was something missing in this corner of Houston, Lyons says. Daily Gather is an option in-between a fast casual and an overly expensive restaurant that offers a more elevated experience in a comfortable and casual setting, he says.

In the future, Lyons says they are looking into other markets in Texas like Austin, San Antonio, and Dallas Fort Worth.

“We're going to be in all of those markets in the next few years,” he says.

Lyons says opening Dish Society in these trade areas first will allow the brand to get a feel for the market and where the demand is. Because the demographics they are serving are pretty similar for both concepts, there is a possibility that they would be able to open a Dish Society and Daily Gather in the same development in the future.

“You figure those things out as you open and you make adjustments so we're tweaking the menu, we're tweaking the labor model,” Lyons says. “We're working through a lot of the nuances now that we kind of have a grasp on our sales volume.”