Twin Peaks presented a $405,000 donation to its national charity Folds of Honor.

Twin Peaks held its annual Miss Twin Peaks Contest last week at The Bomb Factory in Dallas where the 2018 winner was crowned.

During the national contest, televised live to all restaurants around the country, Twin Peaks presented a $405,000 donation to its national charity Folds of Honor, an organization that provides educational scholarships to spouses and children of America’s fallen and disabled service members.

“We announced our partnership with Folds of Honor during last year’s contest and committed to raising enough funds to sponsor one $5,000 scholarship from each of our stores nationwide,” says Joe Hummel, CEO of Twin Peaks. “We are so proud to announce that we met our goal. We couldn’t have done this without the help of all of our amazing Twin Peaks fans. At Twin Peaks, our support for and appreciation of America’s men and women in uniform is woven into our DNA. We are overjoyed and honored to be able to fund scholarships for the families of service-members who have made the ultimate sacrifice for our freedoms.” 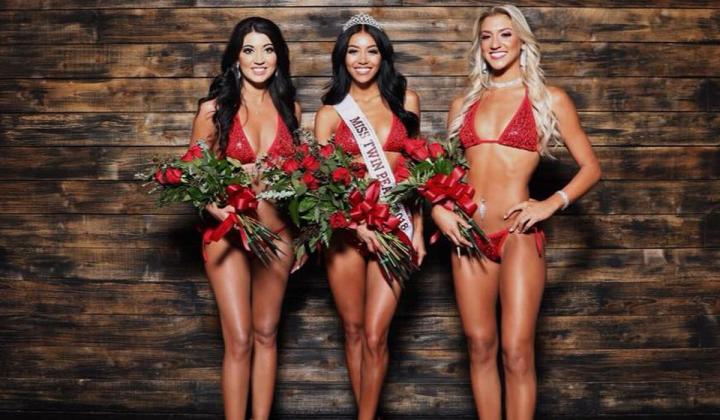 The check was accepted by Sarah Duncan, the first-ever Folds of Honor scholarship recipient to become a college graduate. Duncan now works for Folds of Honor in the Dallas office. Twin Peaks also gave away 1,000 free tickets to active and retired military personnel so that they could all celebrate the donation together and enjoy the contest and private show by Big & Rich.

“We are very grateful for this extremely generous donation from Twin Peaks,” Duncan said. “With this donation, we will be able to send many well-deserving family members of our country’s fallen and disabled service members to college. We are committed to nurturing the legacy left by these heroic Americans and Twin Peaks has become an influential part of that mission.”

Twin Peaks welcomes every guest with primetime matchups and barrel-aged whiskey. The entire menu is prepared in-house, to order and in generous portions to satisfy every appetite.