The Cordish Companies' Live! Casino 5th Anniversary Celebration culminates in a major announcement for the future of Live! as a partnership has been developed with world-famous celebrity chef Todd English to create a new dining destination for the flagship luxury Live! Hotel, set to open in early 2018. 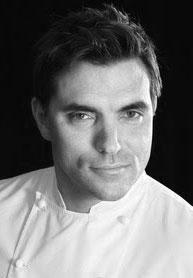 David's Café by Todd English, named after the Cordish Companies' chairman David Cordish, is the first restaurant in the State of Maryland created by Chef English, featuring an eclectic menu of culinary creations inspired by Cordish's global travels and favorite tastes.

"I've worked with the Cordish Companies to open the Todd English Tavern at their property in Atlanta and to support charitable causes with them at the Live! Casino, so I'm thrilled to partner with them again on this new venture to create an unforgettable dining experience based on the chairman's world travels," English says. "I've been in the DC area for many years, but this is my first restaurant in Maryland, and I can't think of a more exciting place to establish it than at the new luxury Live! Hotel."

David's Café will be open 24/7, providing guests with a luxurious, yet comfortable, atmosphere where breakfast—David's favorite meal—is served anytime of the day. The menu will also highlight appetizers and small plates, as well as entrees bursting with flavors from the New World, Pacific Rim (Vietnamese, Chinese, Korean), Mediterranean, and local Maryland delicacies, along with à la carte sides to be shared family-style. Guests can also enjoy hand-crafted cocktails, fine wine, and house-made desserts.

"A long life has brought me the honor of many exciting experiences, but having a namesake restaurant created by one of the world's premier chefs is just a thrill," Cordish says. "David's Café by Todd English is unique, eclectic, and the perfect complement to the luxurious new offerings and world-class customer service we promise to deliver at our flagship Live! Hotel. The partnership is just another exciting milestone to celebrate during our 5th Anniversary, as we look forward to the future of Live!"

Chef Todd English is renowned for his numerous successful restaurant concepts, including Olives, one of the most prestigious culinary brands in the nation; and Figs, its more casual sister restaurant concept. He also has authored four critically acclaimed cookbooks and received two James Beard Awards and an Emmy nomination for his international travel and cooking series, Food Trip with Todd English. As a dedicated philanthropist, English is involved with several charities, including Susan G. Komen, for which he partnered with Live! Casino & Hotel on a charity event in October 2016.