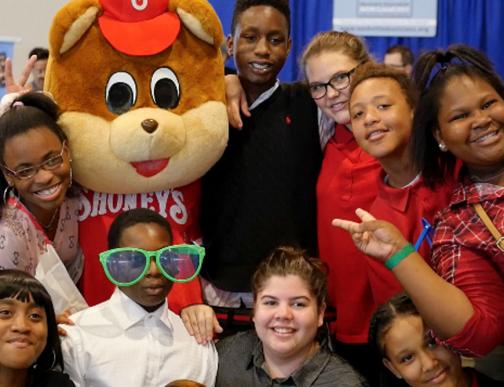 Along with sponsoring the event, Shoney’s exhibited its career options to freshman attendees.

The fair was launched in 2009 through a joint partnership by MNPS and the Nashville Area Chamber of Commerce as part of the Academies of Nashville initiative in Metro’s 12-zoned high schools. Initial funding of $125,000 from Shoney’s CEO David Davoudpour to support ‘My Future, My Way’ allowed the event to be held at Music City Center to accommodate growing interest.

“Shoney’s cares deeply and takes pride in our hometown of Nashville, which is why we are proud to be a part of this wonderful event for the sixth consecutive year,” says Davoudpour. “We know that the future wellbeing of this country depends on our youth, and that’s why Shoney’s is dedicated to investing in students to inspire and motivate them to reach their full potential.”

Along with sponsoring the event, Shoney’s exhibited its career options to freshman attendees. At the booth, students engaged in mock interviews with Shoney’s executives and team to learn more about the variety of career options at the brand and what it would take for students to pursue those careers.

In addition to introducing its career options to Nashville students, Shoney’s passed out its famous cookies and handed out free burger coupons to those visiting the booth.