Chef Ryley Eckersley has taken over the stoves at Quaintrelle in Portland, Oregona, as Bill Wallender steps away from the restaurant he opened in June of 2016.

Ready to take some personal time, Wallender says, “I'd like to thank everyone who's given me an opportunity to be such a big part of Quaintrelle – from the suppliers to the staff to our loyal diners. I'm excited for the future of the restaurant and wish everyone well involved moving forward!” Likewise, Quaintrelle co-owners Emily Everett, Sandi and Dan Wilkens expressed their best wishes for Wallender.

Born in London, Eckersley has been working in restaurants around the globe since the age of thirteen. He often decamped to his family’s vacation home in the south of France where he would commune with chefs at many of the village restaurants, absorbing all he could about working with of-the-moment ingredients in postage-stamp sized kitchens. 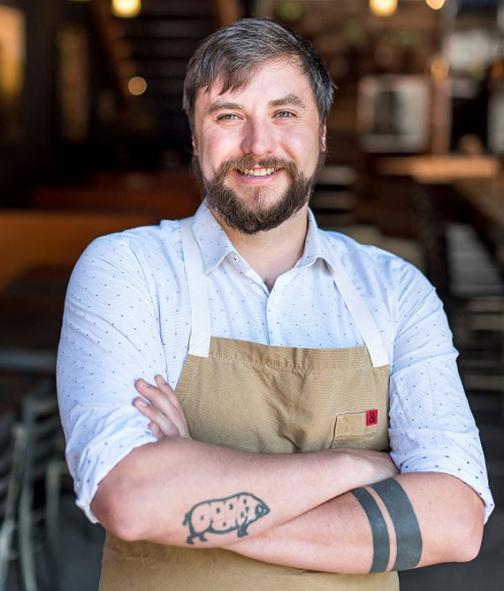 “My love of cooking really came as a by-product of travelling to other countries and exploring different cultures,” he says. “I come from a family of six, and we’ve all managed to spread ourselves around the world, so I’ve been fortunate to be able to travel and really immerse myself wherever I’ve landed.”

Thanks to his lifelong wanderlust, Eckersley has worked at restaurants around the world, from Belize to Barcelona to Raleigh, N.C. to Manhattan. He landed in Oregon in 2011, where he led the kitchen at Jen’s Garden in Sisters, Ore., and later opened Drake restaurant in Bend, Ore. In 2013. Eager to explore more of the Pacific Northwest’s bounty, he moved to Portland in 2015 where he briefly served as sous chef at Olympia Provisions, and eventually was hired as head chef at DOC, where he remained until 2017.

“Ryley has a real affinity for Oregon’s farm-fresh ingredients. We were pleasantly surprised that he had been using many of the same suppliers at DOC that Quaintrelle has been using from the start,” says Everett. “Our menu is always evolving with whatever the farmers bring in, and it’s clear that he is comfortable working in that ever-changing creative zone.  We’re very excited about this next chapter with him.”