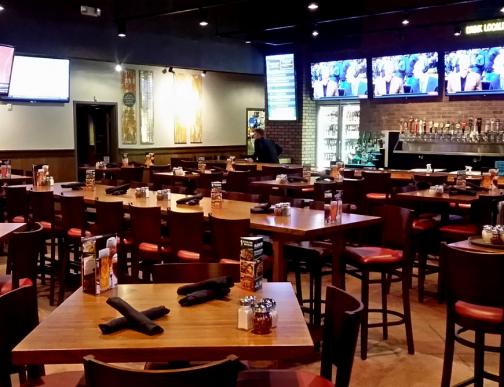 “The growing demand for a unique dining experience and customized selection of craft beer has fueled our current success throughout the Midwest, with our existing restaurants in the region consistently performing well,” says Mark. A Belanger, CFE, vice president of global franchise operations and development for CraftWorks Restaurants & Breweries, Inc. “As we continue to establish Old Chicago as The Craft Beer Authority and a leader in the casual dining segment, there’s tremendous opportunity for growth in this market. With a proven record of success, we’re eager to build on this momentum and are seeking new franchisees to introduce Old Chicago to communities in the Midwest, specifically Illinois, Indiana and Ohio.”

Old Chicago’s ongoing success is propelled by its expansive lineup of world-class craft beers and commitment to introducing customers to a variety of flavors within the industry. Every location features eight to twelve selections dedicated to local and regional breweries, expanding each guest’s knowledge of the craft beer world that exists in their own backyard. The Brewers Association is forecasting a growing demand for fuller flavored products from small brewers over the next decade. To remain at the forefront of current and projected craft beer trends, Old Chicago continues to put an emphasis on innovative consumer-facing initiatives such as its Explorer Series, with each installment offering selections from a featured brewing company and a collaboration beer that captures the most unique flavors in the craft beer world.

A growing brand with over 16 years of successful franchise partnerships, Old Chicago is an established multi-unit concept with proven processes to support franchisees with site selection, lease agreements, facility design, operational training and marketing. To fuel franchise growth, the company is seeking multi-unit operators with business, management and foodservice and/or restaurant experience, and a passion for and commitment to exceptional customer service.