For the 18 years that Guglhupf Bakery, Café, and Restaurant has been open in Durham, North Carolina, co-founders Claudia Cooper and Jahn Hartmut have sought to run the business free from the “rancor” of religion and politics.

That changed in a last minute press conference held April 6 on the restaurant’s patio.

After two employees quit because they felt a stronger stance was needed, Cooper decided to address the impact of North Carolina’s controversial House Bill 2 (HB2), which was rushed through the legislature via a special one-day session on March 26. 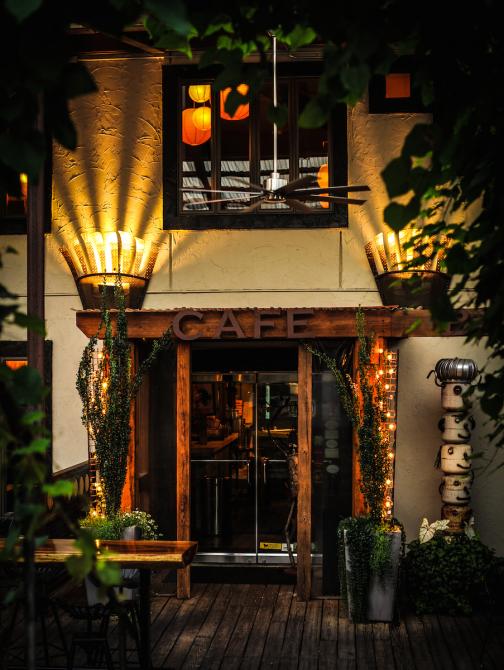 HB2, which has come to be known as “the bathroom bill” has sparked nationwide outrage by mandating that transgender people use the bathroom corresponding with the sex listed on their birth certificate, and not with their gender identity.

The reaction has been swift and harsh, with big businesses like PayPal backing out of plans to expand within the state. The Obama administration is also reviewing whether the bill puts any of the state’s federal funding in jeopardy.

As she began to evaluate the effect this new legislation could have on both Guglhupf’s employees and its customers, Cooper decided to make a public statement condemning the bill.

“Guglhupf Bakery strongly opposes HB2, which opens the door for discrimination against LGBTQ individuals and denies them legal protection from prejudice based on sexual orientation or gender identity,” she said. “…We also have concerns about the economic impact on our local businesses and their employees because HB2 contains provisions that may impede the ability of locally elected officials to establish policies related to living wage and other issues they deem important.”

To solidify its commitment to inclusion and creating a welcoming environment for all of its customers, Cooper said that Guglhupf will make its three, single-occupancy, unisex employee bathrooms available for use upon request to ensure every patron has a safe space for this private activity.

Cooper’s response echoes that of the Durham Convention & Visitors Bureau as well as the Durham Tourism Development Authority, which have both denounced the bill.

Kansas already has a similar law on the books, and on April 5, Mississippi governor Phil Bryant signed House Bill 1523 into law, which allows private organizations to discriminate against LGBT community members based off of religious beliefs.

As more states consider bills of this nature, business owners are finding ways to ensure customers and employees are respected regardless of legal protections (or lack there of) based on their race, religion, or gender expression. The full impact of HB2 and similar legislation is yet to be seen.

Cooper concluded with what has become the rallying cry of HB2 opposition groups in North Carolina: