Two-time James Beard semifinalist Mike Randolph (Half & Half and Público) will open Privado (6665 Delmar Blvd., University City, Missouri), a weekends-only fine dining concept and part-time private event space, Friday night, one month after announcing the concept. Privado will serve as a permanent location for his fine dining cuisine that will embrace the vibrant, art-centric spirit of the restaurant’s Loop neighborhood on Friday and Saturday evenings only. The space will also be reserved for intimate, private gatherings, guest chef dinners and pop-up experiences throughout the week.

Chef Randolph explains his vision for the weekend dinners. “I want Privado to be fine dining: Loop-style. Our neighborhood was built on the support of the arts. The Loop is quirky and exciting. It embraces all independent, unique individuals and that will be the spirit of the Privado dinners. You don’t have to wear a jacket. You aren’t going to get ‘country club’ service. The music will probably be random and inspired by everything from Bruce Springsteen to Frank Sinatra, and we’re going to have fun.”

Privado’s dinners will be available on Friday and Saturday evenings for one service to begin at 7 p.m. (doors open at 6 p.m.) Tickets can be purchased here on Tock for $100 (exclusive of tax and gratuity). Guests walk into a seemingly closed restaurant with chairs on the tables upfront. Sixteen diners will be led towards the back of the restaurant where they will be seated in front of the open exhibition kitchen. Menus will hint at the 12 to 15 courses to come without fully disclosing a menu. 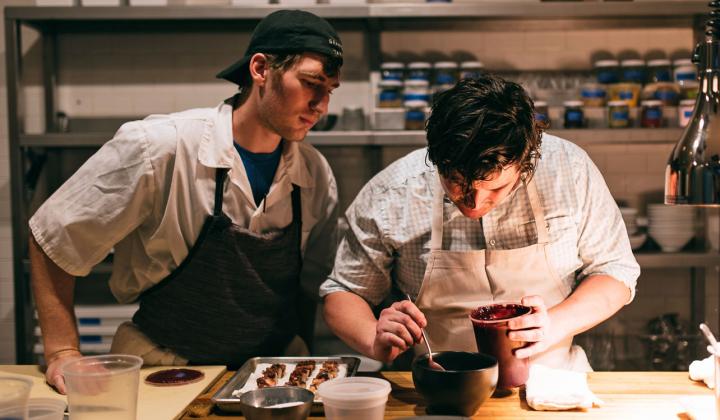 Privado dinners will be the grown-up version of Little Country Gentleman, Randolph’s first solo venture into fine dining. After working in Chicago at the late Homaro Cantu’s Moto, he opened what is reverently referred to as “LCG” in 2012. The nightly restaurant-within-a-restaurant was hosted at his Clayton Half & Half restaurant. While LCG received praise from both local and national critics, Randolph closed the restaurant after a year. For the last year, he has hosted intimate exploratory dining experiences, known as Diversion Dinners. With themes from Winter in Missouri to Tastes of Peru, the dinners have been held during off-hours at his restaurants on select dates. A few things remain consistent with Diversion Dinners: there are only sixteen guests at each service; the vibe is communal and fun; and the guests go along for the ride. This will continue with Privado.

He explains, “I’ve always wanted to get back to fine dining, but in my own terms. We’ve thought a lot about what neighborhood in St. Louis makes sense, and it’s been right under our nose this whole time. The timing, location and limited service just feels right.”

The bar at Privado will also be in operation on the weekends to include several bar seats as well as banquet seating. Walk-ins will be accepted, and reservations will also be available here starting in November. Guests can order from a beverage menu of classic drinks, four rotating cocktails to pair with the menu, as well as a small beer, wine and spirits list. There will also be a small a la carte menu available, utilizing the same ingredients from the tasting menu. The menu will change as frequently as the tasting menu, but always include an appetizer, two pastas, one entrée, and one dessert. 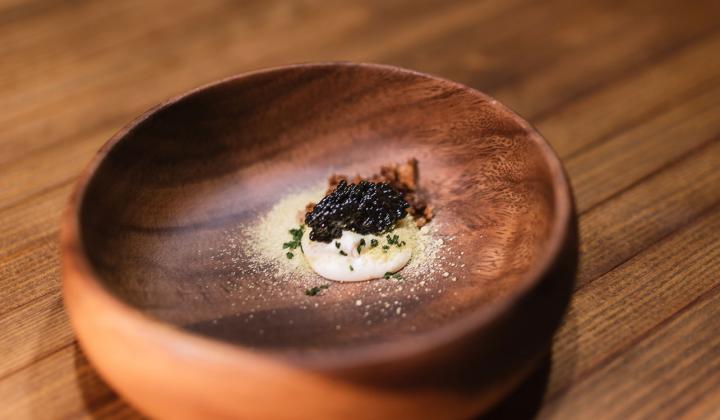 Outside of Privado’s weekend service, the space will be available for private events and dinners. Inquiries can be made by emailing info@privadostl.com. “We get requests all the time for wedding showers, corporate and pharmaceutical dinners, university gatherings, but we don’t have a space to host private events. Now, we do. We’ll work with the guests to tailor their experience. If they want Half & Half’s food for a Saturday morning baby shower, we’re happy to do that. If they want me to teach them how to make pizza for an interactive experience, we can do that, too.”

Randolph will also use the space for unique pop-up and guest chef dinners. He says, “We experiment a lot with the hearth at Público and the wood-fire oven at Privado. For example, our Público Chef de Cuisine Bryan Russo is a super talented baker. We’ve been playing around with bagels in the oven so that could develop into a limited offering. I want Privado to foster creativity and excitement not only with our guests, but our restaurant teams.”