Massimo Falsini has been named executive chef at Solage, an award-winning and Forbes Five-Star rated Auberge Resort in Napa Valley. An acclaimed culinary professional with more than 25 years of international experience, Falsini will oversee all culinary operations including the Michelin Star-rated Solbar restaurant. 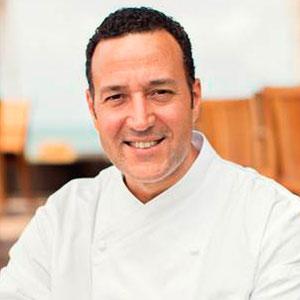 Massimo Falsini joins the Solage team as executive chef and will oversee all culinary operations.

Falsini, who earned a star on the Michelin Guide at Harry’s Bar in Rome, joins Solage after a distinguished, international culinary career that started in Italy where his roots trace back to generations of Italian charcuterie artisans and continued in Europe, North America, and the Middle East. Over the years, Falsini has developed a reputation for using the flavors of the destination, while respecting traditional techniques.

“We are honored to welcome Chef Falsini to our team,” says Philip Kendall, managing director of Solage, an Auberge Resort.  “With a career that spans more than two decades in executive-level culinary roles around the globe, he is uniquely equipped to lead the resort’s award-winning culinary program into a new level of excellence.”

Likening Napa Valley’s abundance of fresh produce to that of southern Tuscany, Falsini offers dishes bountiful with locally sourced ingredients that celebrate the spirit of region.

Chef Massimo’s new menu will include seasonal dishes such as:

“I am honored to join Solage, with its exceptional staff and longstanding reputation as one of the very best restaurants in the region,” Falsini says. “I look forward to offering guests sophisticated dishes with favorite childhood flavors in a destination where the food culture respects local produce, farmers and ranchers.”

Prior to joining Solage, Falsini served as executive chef at Four Seasons Resort Hualalai on the Big Island of Hawaii, where he led the culinary operations for seven restaurants. While in Hawaii, he launched the Hualalai Food & Wine Festival “Chef-Fest” that brought the resort onto the national culinary scene. He previously held executive chef positions at Waldorf Astoria Orlando in Florida, Ferrari World Abu Dhabi in United Arab Emirates, and La Plage Resort in Taormina, Italy.

Falsini lives in Calistoga with his wife Danielle and children.