Clare Reichenbach has been appointed Chief Executive Officer of the James Beard Foundation. The announcement was made by Frederic M. Seegal, chair of the culinary nonprofit organization’s board of trustees.

Effective February 20, Reichenbach, founder of CJJR Consulting and a former executive vice president of Strategy and Business Development at BBC Worldwide and AMC Networks, succeeds Susan Ungaro, who stepped down as JBF president at the end of 2017.

“After an extensive search, the JBF Search Committee unanimously selected Clare to lead the James Beard Foundation and build on the thought leadership initiatives and ground-breaking Impact Programs implemented over the past 11 years,” says Seegal and Emily Luchetti, JBF board chair emeritus, in a joint statement. “The decision was made with input from a wide range of internal and external stakeholders on who would be the right person to expand the impact and operational strength of the Foundation on a global level. In her previous positions, Clare has demonstrated the leadership and strategic vision to oversee the continuing evolution of the Foundation, whose mission is to celebrate, nurture, and honor chefs and other leaders making America's food culture more delicious, diverse, and sustainable for everyone.” 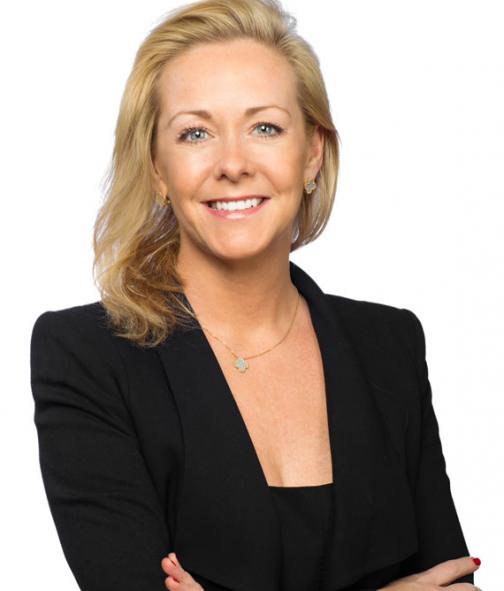 Clare Reichenbach will work with the JBF staff and the board of trustees.

“It’ll be a privilege to explore new ways for the Foundation to be at the forefront of the culinary conversation, advocate for its wide-reaching initiatives, and provide support to this unique community of change agents,” says Reichenbach, who will report to the JBF board of trustees. “I am greatly looking forward to working with the Foundation’s dedicated staff in strengthening its role as an indispensable organization for culinary leaders around the world.”

At CJJR Consulting, Reichenbach’s clients included New York Public Radio, NBCU, and Samsung. Prior to that, she was EVP of Strategy & Business Development for both AMC Networks and BBC Worldwide. At the BBC, she was responsible for the development and implementation of corporate and divisional strategies; developed the organization’s global commercial strategy; and led strategy for BBC’s television arm. Her accolades include CableFAX’s “Most Powerful Women in Cable,” Multichannel News’ “Women to Watch,” and Management Today’s “35 Women Under 35.” Reichenbach has a B.A. from Oxford University and completed the Advanced Management Program from Harvard Business School.