HotSchedules, a leading provider of technology solutions for the restaurant and hospitality industries, announced Mike Arenth as Chief Executive Officer. Arenth started with the company in late 2016 and implemented key leadership changes to better support innovation and growth. Prior to joining HotSchedules, Arenth was a Senior Advisor to Silver Lake, an Executive Vice President at SAP and before that spent 10 years at Ariba as General Manager and Senior Vice President.

“Restaurants remain economic powerhouses but technology is rapidly changing the industry and I’m confident that Mike is the right person to lead HotSchedules forward,” says Kevin Costello, chairman of HotSchedules. “He is a seasoned executive with proven ability to create strategic clarity, focus an organization and drive innovation and growth particularly in industries facing transformation.” 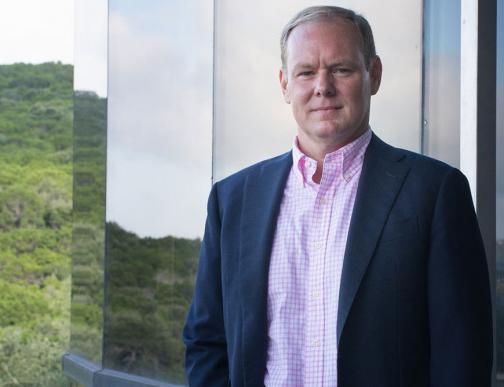 “HotSchedules is built on a solid foundation—great products, strong financials, very engaged users, world-class customers and a talented team dedicated to meeting the ever-changing needs of this evolving industry,” says Arenth. “I’m honored and excited to lead HotSchedules to create the next generation of intelligent back-of-house solutions that will help our customers drive into the future—thoughtfully, efficiently, successfully and profitably.”

Generated over $65 BILLION in restaurant sales

Purchased $24 BILLION in inventory through the platform

To further strategic momentum, the company has expanded its leadership team to include a dynamic group of executives to compliment the deep restaurant industry experience of Co-Founder David Cantu and the existing HotSchedules team.

Neville Letzerich, Chief Marketing Officer who previously served as CMO at Forcepoint, LLC. Prior to that Letzerich held executive, product, marketing and consulting roles at EMC, Bazaarvoice and Accenture.

Sean Fitzpatrick, Chief Operations Officer has been with the company for 3 years and is promoted to COO. Fitzpatrick previously served as Global Vice President of Strategy and Innovation at Oracle and has held senior leadership at BearingPoint, BroadVision and Lucent Technologies.

Brian Gaffney, Senior Vice President of Engineering:  After more than 3 years of engineering leadership within HotSchedules, Gaffney has been promoted to SVP Engineering. Prior to that, he spent fifteen years at software start-ups including, AmberPoint, App Dynamics, Symplified, and Emotive Communications.