“Antonio’s dedication and long-standing history with the brand, combined with his valuable experience in the franchise and development space make him the perfect executive to be at the forefront of the cafe business,” says Stephen Judge, President of Cafe Operations of Hard Rock International. “We look forward to seeing Antonio excel in this position to oversee all corporate cafe operations worldwide, and assist with the growth and expansion of the organization.” 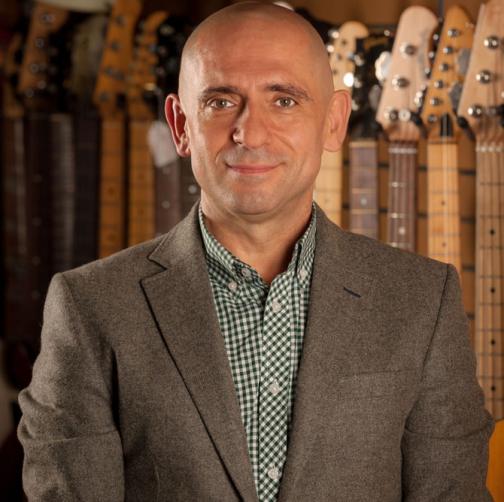 Bautista first joined Hard Rock International in 1994 and has continued his career growth within the company, from Restaurant Manager to General Manager at Hard Rock Cafe, to various roles within the Franchise Operations group, where he doubled the franchise portfolio and oversaw 70 new cafe openings. In his most recent position as Senior Vice President of Franchise Operations and Development, Bautista expanded the comprehensive, global development programs at franchise cafes in 74 countries.

Internationally recognized as a world-class restaurant and hospitality brand, Hard Rock operates cafes across the world that are visited by more than 79 million guests each year. Its first cafe opened in London, England, and from there the brand has expanded to major cities, including New York, Los Angeles, Chicago, Paris, Sydney and Tokyo, and exotic settings such as Kuala Lumpur, Dubai and Malta. Hard Rock Cafe offers a one-of-a-kind dining experience with a commitment to serving fresh, high-quality ingredients. To satisfy the consumer’s ever-changing palate, Hard Rock continually updates its menu with limited-time offerings including burger pairings, innovative cocktails and more.