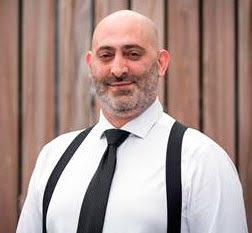 Amit Gilad will serve as head bartender and will launch a new cocktail menu.

As Head Bartender of GreenRiver, Annex at GreenRiver, and GreenRiver Events, Amit Gilad is tasked with cocktail menu creation and innovation, training and staffing, and executing service for the restaurant and bar located in Chicago’s Streeterville neighborhood.

Gilad began preparing for a role on the award-winning bar team since Danny Meyer’s Union Square Hospitality Group opened the doors to GreenRiver in September 2015. His training started with an externship under Sean Muldoon and Jack McGarry at the Best Bar in the World’s Dead Rabbit Grocery & Grog in NYC, which led to his initial role as prep and ice chef at GreenRiver in December 2015. In April 2016, Gilad was appointed as head bartender of Annex at GreenRiver.

Before joining Union Square Hospitality Group, Gilad was perfecting his craft overseas in his home country of Israel. He held head bartender roles at multiple highly-lauded bars in Tel Aviv, including French 57, a bar serving classic cocktails inspired by New Orleans; Imperial Craft Cocktail Bar, an internationally-recognized bar with colonial influences; and Minibar, a 16-seat pop-up that he founded with his friends. Other career highlights include winning a cocktail competition hosted by Marie Brizard in Bordeaux, France, where he placed ahead of 42 bartenders from 27 countries.

Gilad brings his vast and diverse background to his new role and implements these proficiencies behind the bar at GreenRiver. With the privilege to oversee such a talented team, he instills the philosophy that “at the bar, the most important star is our guest.” By continuing to provide delicious and innovative cocktails, a welcoming atmosphere, and laugh or a conversation with each guest, he is upholding GreenRiver’s legacy as one of the best bar programs in the nation.

Since its inception, GreenRiver has prided itself on providing Chicago with a bar program that offers more than just an elevated cocktail destination. A restaurant and bar built on history and storytelling, GreenRiver provides its guests with a deep and personal connection to each drink that passes through their lips.

This week’s launch of the new 22-drink cocktail menu is no exception. Gilad and team pull inspiration not only from the two years that the Michelin-starred restaurant and bar has been open, but also from each team member’s unique roots and individual pasts.

Broken up into four mood-driven categories—refresh, contemplate, indulge, and savor—with a specialty section sanctioned specifically for barrel-aged cocktails, the menu encourages guests to order “in the moment,” letting their current temperament guide their cocktail decision-making.

Companies with 'Undue Hardship' Can Deny Religious Exemptions from Vaccine Mandates
Study: Diners Second-Guessing Holiday Plans
Are There Too Many Virtual Restaurants?