Westfield Corporation announced today that Jonathan Waxman's NYCA Restaurant Group will be bringing the world renowned chef's signature cuisine back to Southern California with a restaurant to open in Spring 2018.

Mr. Waxman first gained fame by pioneering and then popularizing California cuisine together with Alice Waters at Chez Panisse in Berkeley—and then subsequently made his mark at such prestigious kitchens as Michael's in Santa Monica and Jams in New York City. Today, he is the chef and owner of Manhattan's illustrious Barbuto restaurant, where his ability to make "sophistication seem simple" earned him the 2016 James Beard Award as Best Chef – New York City. 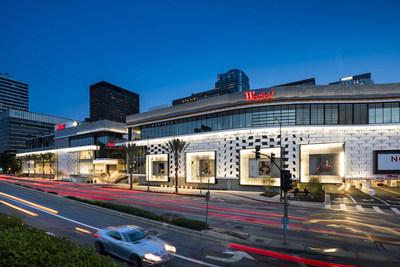 Waxman and NYCA Restaurant Group have now made the decision to open their very first restaurant in Los Angeles at Westfield Century City. The self-described "neighborhood restaurant" will be located alongside the property's front façade on Santa Monica Boulevard.

"I have been looking for the right venue for my return to LA," Waxman says. "The location at Westfield Century City is the perfect spot and has everything—great street access, instantaneous valet parking, and some of the best shopping in the world coupled with AMC Theatres and exciting new offerings like Nordstrom, Eataly, Shake Shack, and Equinox. Our location is steps from Santa Monica Blvd and in close proximity to Beverly Hills, Hollywood, Culver City, Westwood, and Santa Monica. All in all, this makes for a stellar location where I'm greatly looking forward to feeding folks in LA again."

"This is going to change the very nature of the food landscape on the westside of Los Angeles," says William Hecht, Westfield's chief operating officer. "Jonathan Waxman is widely credited with bringing California cuisine to the world and—in the process—reinventing the way America eats, cooks, and seeks out farm-fresh ingredients. He is a native of California—he first made his mark here—and we're excited to welcome him back home."

The announcement of Westfield's partnership with NYCA Restaurant Group comes as the center prepares for its grand opening in fall 2017. The redeveloped center will include over 200 stores and restaurants including a new Nordstrom, new Macy's, completely remodeled Bloomingdale's, and a luxurious Equinox fitness club.

NYCA Restaurant Group, is a division of Jason Giagrande and Jonathan Waxman's new Hospitality company. Waxman and Giagrande have deep roots in New York and California. Jonathan's legendary career has seen him pioneering California cuisine at some of the best-known restaurants in California and New York. Jason's amazing experience in overseeing large-scale national food service operations with Compass Group and NBCUniversal, make him an ideal partner with Jonathan. Knowing it is hard to bottle the magic of Jonathan's restaurants—Barbuto, Jams, Brezza Cucina (Atlanta), and Waxman's (San Francisco)—the two seasoned restaurateurs have pulled together some of the most talented people they have worked with over their careers. This team, ably headed by Jason and Jonathan, will span across the country with focus in the New York and California market.