Chef Annika Loureiro joined The Carolina Inn, A Destination Hotel, as Pastry Chef in July, bringing more than 15 years of culinary experience to the charming North Carolina property. She brings her imaginative spirit and expertise to her new role, where she oversees the baking and pastry programs on-site, including the hotel’s signature restaurant, Crossroads Chapel Hill, and its banquet and in-room dining menus. 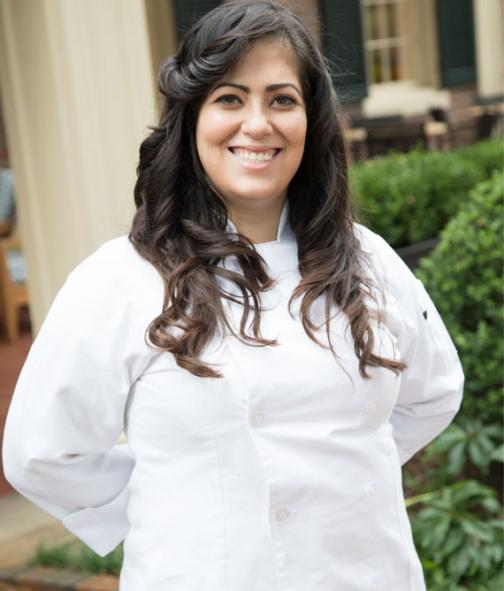 Before moving to Chapel Hill, Chef Annika held prestigious positions across the country and has participated as Pastry Chef at several James Beard House Dinners. Chef Annika most recently consulted at restaurants throughout North America as an Operations Manager, where she trained service staff and helped to improve the star rating at each venue. Prior to this role, she spent time in Dallas as Pastry Chef at the critically acclaimed, James Beard Award-Winning restaurant, Uchi. Before returning to Dallas, Chef Annika gained national recognition at Prospect in Brooklyn, New York with Chef Kyle McClelland where her whimsical pastry program earned top accolades in the New York Times.

Born in Sao Paulo Brazil, Chef Annika grew up in the kitchen watching her grandparents create traditional dishes and desserts from scratch. Her family’s pursuit for a good education took them to Sweden before moving to the United States. Chef Annika completed high school in Dallas, TX, before beginning her own culinary journey. She attributes her unique style to her family’s yearly vacations where they would immerse themselves in new places, food and cultures.

When Annika isn’t making dessert magic in the kitchen, she is relaxing with her beloved German Shepherd, Ladybug.