Subhir H. Patel plans to open two or three more Bennigan’s in west Texas, most likely in Amarillo and Lubbock, in the years ahead.

A Bennigan’s Franchisee is Living The American Dream

“If you’re willing to work hard in this country, you can make it,” says Subhir H. Patel, first-generation immigrant and owner of the Bennigan’s franchise in Borger, Texas.

“When I hear people complain about how hard it is to succeed here, I tell them they should go elsewhere and give it a shot. That’s when you’ll find out just how tough it can be, and maybe you’ll appreciate this country more.”

Patel personifies the American dream. Born and raised in Malawi—a former British colony in the southeast region of Africa—he left the impoverished nation with his family after graduating high school to attend the Emile Woolf College of Accountancy in London.

After college, Patel wanted to become a franchisee of a successful concept, but regulations prevented him from doing so. At 28 years of age, he was deemed too young to pursue his entrepreneurial goals.

In 2000, Patel immigrated to the U.S. and settled in Borger, Texas, a small town near Amarillo. He resumed his quest to own and operate a franchise, and soon partnered on a hotel in the small town of Borger, roughly 45 miles northeast of Amarillo. He married a “Texas girl” and began a family, which now includes three children.

With the hotel running smoothly, Patel soon turned his attention back to the foodservice industry.

“My wife and I were big fans of the Bennigan’s in Amarillo and we loved the overall feel of the restaurant, and especially its menu,” says Patel.

After some initial setbacks during the construction phase, Patel opened his Bennigan’s in Borger in May 2010; but the restaurant got off to a rocky start. In September, Patel made the decision to release all but one of his original managers and dove headfirst into the operations himself.

“I basically worked crazy hours, learned on the job and refused to give up,” he says. “We created a special lunch menu and even added breakfast, and steadily built a loyal guest base.” 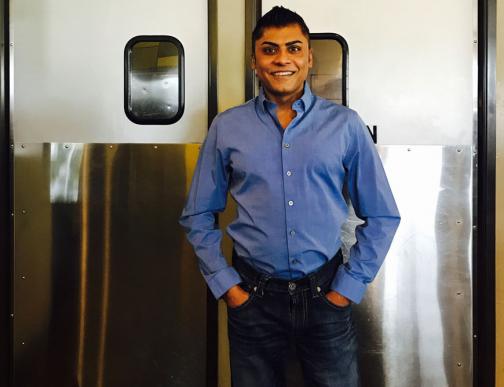 By 2011, revenues had stabilized and began trending upward. From 2012 through 2016, Patel’s Bennigan’s delivered 15 to 20 percent annual increases, and 2017 is likewise off to a strong start. The restaurant is profitable, despite serving a city of just 14,000 people. Even better, the success he’s achieved at Bennigan’s has enabled Patel to invest in other local businesses.

“I couldn’t do what I’m doing at Bennigan’s if I still lived in England, much less in Africa,” says Patel. “It also helped significantly when Paul Mangiamele took the reins at Bennigan’s in 2011. Paul knows exactly what he’s doing, and he understands what it takes not only to be a successful franchisor, but what we as franchisees need to thrive.”

The admiration is mutual. In Patel, Mangiamele sees more than just another successful Bennigan’s franchisee.

“Subhir represents everything that’s right about the American melting pot,” says Mangiamele, chairman and CEO of Legendary Restaurant Brands. “After all, aside from Native Americans, we’re all immigrants—either recent arrivals like Subhir, or somewhere in our not-too-distant past. We came here to pursue the American Dream, and I’m so proud that Subhir achieved his by investing in Bennigan’s, The American Legend.”

Bennigan’s has long been a popular choice for first- and second-generation immigrants interested in owning a popular restaurant brand. Its focus on friendly Irish hospitality, chef-driven food, innovative cocktails and delivering memorable dining experiences distinguishes the iconic brand from its casual-dining peers.

“As America has for generations, Bennigan’s embraces those who seek a better life for themselves and their families, and who are willing to work hard, follow the rules and never give up—just like Subhir,” says Mangiamele. “Our franchisees know that if they follow our proven systems, we have put the infrastructure and support mechanisms in place to help them achieve their dreams.”

Patel plans to open two or three more Bennigan’s in west Texas, most likely in Amarillo and Lubbock, in the years ahead.

“Bennigan’s helped me provide a wonderful life for my family, and I couldn’t be more grateful for the support I’ve received here in Borger,” said Patel. “I tell friends and acquaintances all the time: If you’re interested in going into the restaurant business, take a good long look at Bennigan’s. They don’t call it The American Legend for nothing.”