“Chef Juliann has continuously raised the bar in the world of pastry by developing inventive confections that are not only unique, but also delicious,” says Shawn Cirkiel, president of Parkside Projects. “We are so excited for her to join our Parkside team and know that she will bring a fresh perspective and new creativity to our dessert menu.” 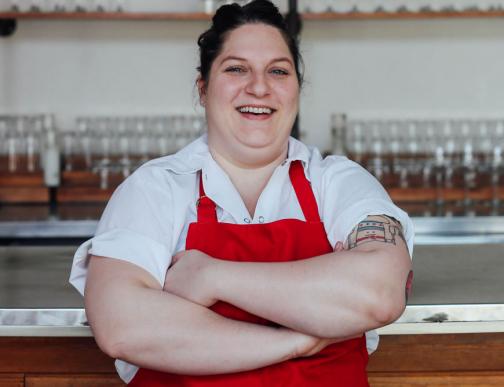 Upon graduating with a diploma in baking and pastries from the Illinois Institute of Art in Chicago in 2013, Stoddart joined the opening team at Nico Osteria as a pastry cook working under James Beard Award semifinalist Amanda Rockman. In 2015 Stoddart moved from Chicago to Austin, Texas for her most recent position as pastry sous chef at South Congress Hotel. There, she assisted in executing desserts for hotel events, two restaurants, an ice cream truck and a coffee shop.

In her current position at Parkside, Stoddart will lead a team to produce all confections at the busy 6th Street landmark restaurant. Through continued innovation and staying ahead of current trends in the evolving world of pastry, Stoddart will develop a dessert menu of superior quality that is sure to exceed expectations.