To date, there have been more than 710,000 deaths attributed to the virus in the U.S.

What Restaurants Can Expect with Biden's Upcoming Employer Vaccination Mandate

One major state has already challenged the OSHA regulation.

While President Joe Biden outlined his Occupational Safety and Health Administration (OSHA) COVID-19 plan to mandate vaccinations or weekly testing for companies with more than 100 employees, it is still unclear what this will entail for the restaurant industry.

The full guidelines will be outlined this fall. Those who do not follow the regulation could face fines of up to $14,000 for each violation.

Ultimately, this new government regulation is a strategy employed to reduce the burden on the healthcare system, specifically hospitals dealing with severe COVID cases, says Dr. Anthony Harris, the owner of HFit Corp and chief innovation officer and associate medical director for WorkCare. To date, there have been more than 710,000 deaths attributed to the virus in the U.S.

Harris, a lead health consultant to businesses, is not sure if the 100-employee policy was the best path. He says the regulation will definitely decrease hospitalizations and deaths. But, in his view, "the limited effectiveness of the vaccine in preventing transmissions," will not likely get Americans to the “other side” of the pandemic—a world in which masks and social distancing are concepts of the past.

“If we're looking at how do we mitigate risk for our population, the vaccination is the right way to go to minimize risk of death and hospitalization,” Harris says. “So I think that's why the administration has gone this route.”

Counter to Harris’ point, researchers have found that vaccinated individuals are not as likely to spread COVID, even if they become infected. Scientists at the University of Oxford looked at nearly 150,000 contacts traced from 100,000 initial cases, including those fully or partially vaccinated with Pfizer-BioNTech or AstraZeneca vaccines, and unvaccinated individuals.

The research discovered any given contact was 65 percent less likely to test positive if exposure came from a fully vaccinated person with the Pfizer vaccine. For AstraZeneca, it was 36 percent less likely. Although the study hasn’t been peer reviewed, Dr. Aaron Richterman, an infectious disease physician at the University of Pennsylvania, described it as “the highest quality study we have so far on the question of infectiousness of vaccinated people infected with delta.”

Harris notes the federal government chose the barrier of 100 employees to begin its policy. The reasoning is likely that companies with 100 or more employees place workers at a higher risk of infection—especially if all workers are in one location—and because these sites theoretically have more resources to enact the guideline, the medical professional says.

As restaurants wait for more specifics on how the OSHA rule plays out, large chains are monitoring the situation closer than typical mom-and-pops, which would likely not reach the size requirement. Franchisees might be able to abstain from the rule if it is deemed they are a separate business entity according to the law.

“I don't know in terms of the legality where that litmus test is,” Harris says. “But certainly the majority of mom-and-pop restaurants will not meet that criteria and thus won't really affect the numbers from a vaccination standpoint.” 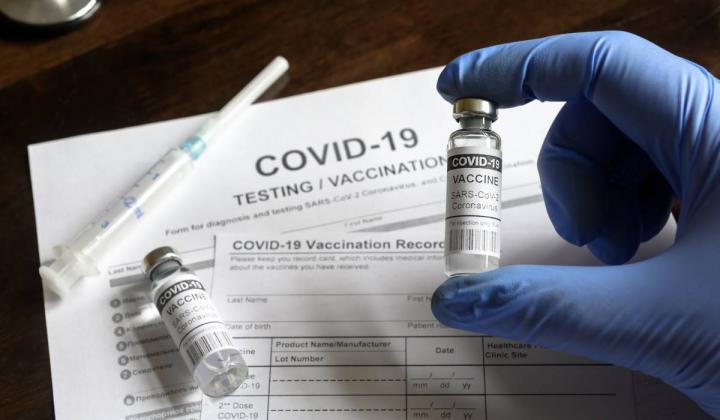 According to a Black Box Intelligence report, 59 percent of operators said employees will quit in response to President Joe Biden's upcoming mandate.

By requiring employees to get either vaccinated or tested weekly, the mandate creates another barrier for restaurants navigating the labor shortage and suffering from what’s been called the “Great Resignation.”

The mandate may only be marginally effective in driving up vaccination rates in restaurant workers. According to a Black Box Intelligence report, 59 percent of operators said employees will quit, and 53 percent said it will be harder to find new employees in light of the new mandate. Many unvaccinated workers would rather leave than take the vaccine, according to Lisa Miller, a consumer insights and innovation strategist who has tracked behavior throughout the pandemic.

The same pushback the airline industry has experienced from workers will take place in restaurants, Harris says, as employees refuse to get vaccinated or tested weekly.

“It's putting a strain on many of the industries that in particular have high turnover already,” Harris says. “Now with the mandate, it unfortunately pushes in the wrong direction in regards to getting more people employed and keeping them employed.”

Because some states have their own OSHA, the exact impact of the rule on businesses will vary by state and region, Harris says. Some states may have the autonomy to bypass the mandate altogether by not enforcing it, and this very well may occur in states like Texas, where Gov. Greg Abbott issued an executive order banning any entity from mandating the COVID-19 vaccine.

Aaron Goldstein, a labor and employment partner at international law firm Dorsey & Whitney, believes Abbott’s executive order won’t hold up. He explains that it was issued under the Texas Disaster Act of 1975, which grants the governor and state and local agencies certain powers to “"reduce vulnerability of people and communities of this state to damage, injury, and loss of life and property resulting from natural or man-made catastrophes, riots, or hostile military or paramilitary action."

Goldstein argues that a ban on vaccine mandates doesn’t fit that purpose and that it’s actually contrary to the guideline. "This will probably get challenged as outside the powers granted to the Governor by the Texas Disaster Act of 1975, or preempted by the OSHA rule when it gets released," Goldstein says.

Harris says actual mechanics behind weekly employee testing also has its obstacles. Not only will restaurants have to provide a way for unvaccinated individuals to test, they also have to provide a means to catalogue whether staff are compliant and storing data safely. Many restaurant employers are not prepared at this point in time unless they’ve already identified a third-party partner to help them in the logistics, he notes.

“It's going to be hard for restaurants to execute,” Harris says. “Unless we have enough supply to meet the strategy of testing at home, on that level of frequency, then it will become a barrier for some restaurants.” 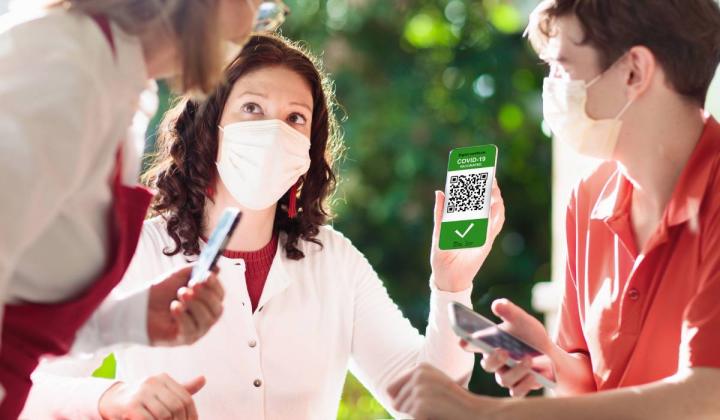 Restaurants will incur significant costs if they are in charge of paying for weekly employee testing. Harris says depending on the test, this could range from $30 to $130 per employee. And it’s unlikely restaurants will put the burden of paying for tests on employees since that would cut down the number of interested applicants for open roles and potentially alienate the workers they already have.

“That just makes your business even less attractive for employees to be there,” Harris says. “So we haven't seen a lot of businesses go that route. If they are going to bear the cost of the weekly testing, it will be significant.”

Harris’ advice to restaurants: Know your employee base. Know your community, and recognize whether this mandate will make your business less competitive. If it will, restaurants need to seek out testing options instead of just mandating the vaccine to staff. This should be a localized decision that depends on each business’s environment and staff.

He adds that restaurants should look for third-party help in implementing the tests in order to bend their cost curves. While lawsuits are impending, they will likely not stop the regulation in its tracks at all. Harris believes the executive order will take hold since it’s not a far cry away from the approach of other sectors like the military and universities which often require vaccines.

Restaurants are some of the most dangerous workplaces for COVID spread from a physical closeness and personal contact standpoint, Harris says. Before Delta, only 1.8 people on average would be infected by one person with COVID. Now that number is around 8, according to Harris. Since servers work in environments that are often poorly ventilated in close proximity with customers who are not wearing masks while eating, transmission can happen easily.

“Compare that to a healthcare worker. Compare that to an airline attendant, and yeah, I think the frontline restaurant workers are at greater risk than perhaps other industries for contracting COVID,” Harris says.

While the OSHA rule will probably have implications for restaurants’ bottom line when it comes to testing costs and increased labor shortages, Harris says vaccine mandates on customers—occurring in New York City, San Francisco, Los Angeles, and New Orleans—will have far larger ramifications on consumer behavior. Some restaurants have run into issues, like in New York where operators are reportedly losing customers and money.

“If you're a restaurant and you require anything of your patrons to come in, certainly, if you require vaccinations, then you're going to create a dynamic that will alter your competitiveness,” Harris says.

With the federal 100-employee company mandate, customer behavior will likely remain neutral as the mandate doesn’t affect their ability to dine-in, Harris says. But as the U.S. enters colder months, it’s likely hospitals will see a spike in COVID cases. It happened last year when people moved away from outdoor gatherings and into indoor entertainment, and it will likely happen again, according to Harris.

But there’s room for optimism. While OSHA will still have the ability to shut down individual businesses, Harris does not foresee any widespread shutdowns or disruption to restaurant businesses, especially in states like Texas and Florida that are fully open without face masks.

“Gone are the days where we have shutdowns again,” Harris says. “I don't anticipate we'll have a federal or state mandated shutdown of businesses, so the disruption to restaurants that we saw as a result of that I don't think we would be in store for.”