In recent weeks, Bar Rescue star Jon Taffer has made his displeasure with Yelp widely known, both to listeners of his podcast and the hundreds of thousands of followers on social media.

The industry veteran refers to the company as a 'parasite.'

Jon Taffer recalls a story about a deli owner who spent money on Yelp.

According to the "Bar Rescue" star, a nice photo was used, good reviews of the restaurant came to the top, and the location’s rating tracked at about 3.8. After COVID-19 struck, the deli owner ran out of money and soon stopped paying Yelp. Taffer says when that occurred, “the worst picture you can imagine goes up in its place” and the good reviews at the top were replaced with bad ones.

“If you've got 10 great reviews in a row and those reviews were shown chronologically and unfiltered, you'd have no reason to spend money on Yelp,” Taffer says. “But when you have 3.5 and you have bad reviews on top of the summaries, then you're encouraged, ‘Listen, if you want your good reviews to go to the top, if you want those good reviews to be shown, then pay me.’ That to me is a bloodsucker.”

In recent weeks, Taffer has made his displeasure with Yelp widely known, both to listeners of his podcast and his hundreds of thousands of followers on social media.

Yelp is the worst, they lost all credibility when people reviewed many places only to get free food and drinks at other places. I don't even go on the platform, they also have the lowest number of reviews since facebook and google won that battle.

However, the opinionated stance didn’t come out of the blue. It began with Yelp for Restaurant Presents, a monthly town hall series hosted by the company. In the June edition, Taffer was the main attraction. During the town hall, he was asked about forces working against the industry post-pandemic. One of the first things he took issue with was third-party delivery providers and their growing fees. And then Taffer turned his attention toward Yelp, and let his unfiltered opinion flow.

After making those comments, Taffer says he received a flood of unsolicited emails and social comments from operators upset with Yelp’s practices. So Taffer began posting more online about Yelp to hear the stories.

The response was “incredibly eye-opening,” he says.

“If every business was presented well, Yelp would have no reason to upgrade you. The revenue model would diminish,” he continues. “So what they have to do is they have to diminish the way they present you out of the gate so that you can pay to present yourself better.”

Yelp, which is well aware of Taffer’s opinions, emphasized in an email to FSR that it does not alter ratings or reviews based on advertising status. The company said Taffer’s allegations of favoritism toward advertisers with respect to reviews, their ordering, and penalizing non-advertisers are “simply false.”

The company noted accusations of “pay to play” and the manipulation of reviews are not only misguided, but they’ve also been repeatedly investigated and rejected by government agencies, in multiple courtrooms, by independent scholarly studies, and in the media.

“There is no amount of money a business can pay Yelp to alter reviews or ratings, and we treat reviews for advertisers and non-advertisers exactly the same,” a company spokesperson emailed FSR. “Yelp helps millions of businesses connect with consumers every day, but there will always be some business owners who are unhappy with their reviews, their inability to remove those reviews they don’t like, and the steps we take to maintain the integrity and quality of the content on our platform.”

In regards to its automated recommendation software, Yelp said the vast majority of employees don’t know how the algorithm works, which is an intentional decision to avoid conflicts of interest. The company’s "Trust and Safety team" builds and maintains the recommendation software to “to help protect the integrity of the consumer and business owner experience on Yelp.”

“This team is primarily composed of seasoned engineers, including PhDs in areas like computer science or mathematics that have to sign special NDAs to minimize the risk that others, even internally at Yelp, might learn how to game Yelp's recommendation software,” the company said. 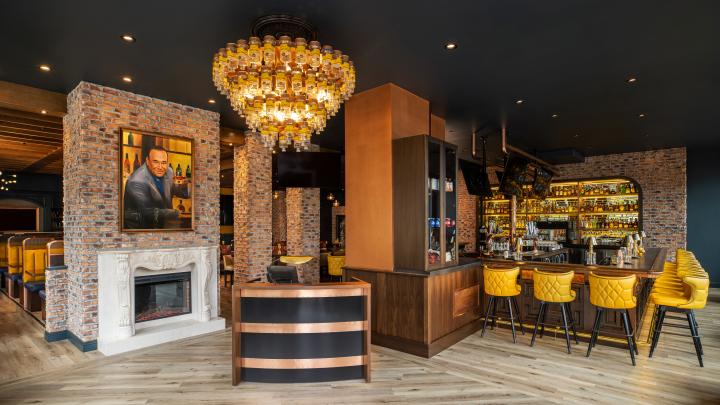 Yelp said at least three employees that work at Taffer’s restaurants have been tied to deceptive attempts to artificially boost ratings with five-star reviews.

The placement of reviews isn’t Taffer’s only concern—it’s also the timing of them. The industry veteran noticed that Resort World Las Vegas, which debuted June 24, had bad reviews on Yelp before even opening. He claims the same issue happened when his new restaurant concept, Taffer’s Tavern, debuted in Alpharetta, Georgia, in the fall of 2020. Taffer also doesn’t appreciate how Yelp’s scores are consistently lower than other review sites.

Because of those alleged problems, Taffer prefers Google Reviews, he says, which he believes shows an “honest portrayal of how a restaurant is performing.”

On the subject of businesses receiving reviews before opening, Yelp said some of those reviews may exist because of a company conducting pop-ups or soft launches prior to a grand opening. If a business listed on Yelp has not opened, it is company policy to add “Opening Soon” to their name and to disallow business hours on their Yelp page. In response to Taffer’s example of Resorts World Las Vegas, Yelp’s records show that its content moderation team removed eight reviews written between December 30, 2020, and June 22 for violating content guidelines for reviews. Seven of these were removed for not describing a first-hand consumer experience and one was taken off because it represented a conflict of interest. 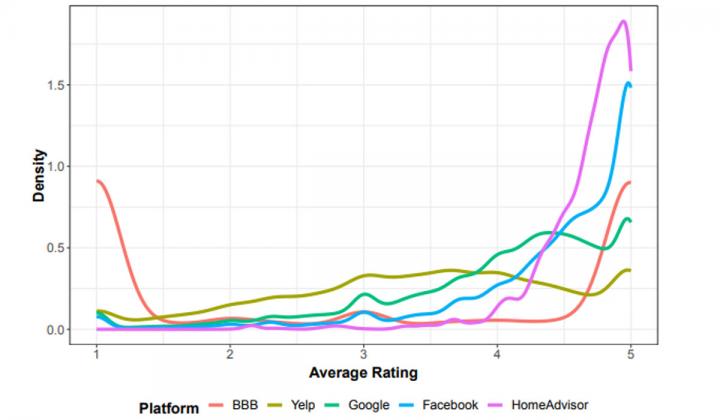 Yelp said some businesses and marketing consultants “prefer review platforms that allow them to easily manipulate content to artificially inflate their rating, reviews, and reputation.” For instance, Yelp claimed at least three employees that work at Taffer’s restaurants have been tied to deceptive attempts to artificially boost ratings with five-star reviews.

“Unlike review platforms like Google, which don’t have to earn consumer trust or traffic because they have a monopoly, Yelp aims to earn trust by leveling the playing field for all businesses on our platform,” the company said. “Our goal is to provide the most accurate representation of consumer sentiment about a business through helpful and reliable content.”

Amid Taffer’s public criticism of Yelp, he was contacted by the platform's general manager of restaurants. Taffer told the Yelp executive that he’d be happy to sign an NDA and sit down with the vice president of marketing to have a constructive discussion and share ideas. Yelp said it refused to take Taffer up on the offer to learn more about its recommendation software because “the risk of allowing individuals access to our most valuable trade secret is simply too great.”

Still though, Taffer hopes for a compromise.

“Had somebody of authority from Yelp given me a call, I would’ve sat down, I would have talked to them, I would have made suggestions,” Taffer says. “And maybe there is a way that the industries can work more in harmony and more mutually supportive of each other. But right now, until the consumer gets the difference between a review site and an advertising-based site, I want to be vocal about this.”