KYU favorites include Tuna Tataki and the pink Puppy cocktail.

The brand is eyeing spots in New York, London, and Las Vegas.

When KYU first opened its doors in the Wynwood Arts District of Miami five years ago, the neighborhood was quiet, to put it mildly.

“People thought we were crazy because there was a parking lot across the street when we opened and nothing else,” says KYU cofounder and co-owner Alan Omsky. “We started a culture where there are about 20 good restaurants in Wynwood today. It has become a destination for food, and I think we deserve a lot of credit for that.”

The restaurant’s first location, and indeed its greater origin story can be attributed to a confluence of favorable opportunities and a readiness to seize them. Though Omsky himself wasn’t a restaurateur prior to KYU, he ran in food circles both professionally and personally. In addition to other ventures, the entrepreneur worked with Tabit, a POS and tableside ordering system, while counting industry luminaries like James Beard Award–winning journalist and chef Rozanne Gold and her husband, restaurant consultant Michael Whiteman, among his closest friends. 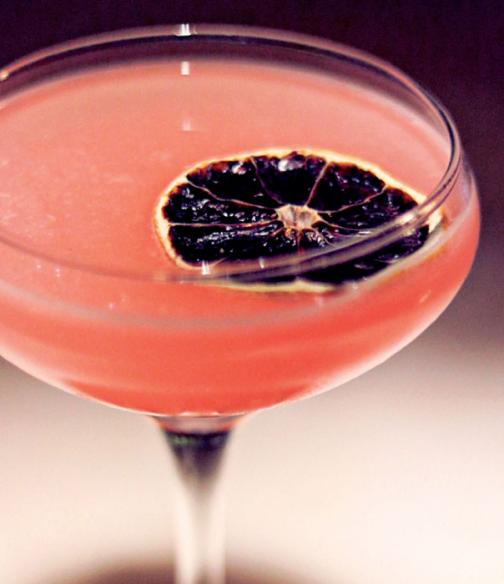 So when a vacant restaurant property became available in the up-and-coming neighborhood, Omsky teamed up with Steven Haigh and chef Michael Lewis, who both hailed from izakaya-inspired micro-chain Zuma, to create KYU. Omsky financed the project, while Haigh and Lewis helmed the day-to-day operations with other Zuma alums, including manager Lizzy Maynes, joining the team, too. Omsky says it took a few months to build momentum, but KYU quickly won fans from Miami and much farther afield with its eclectic menu and welcoming atmosphere. It was even nominated for the James Beard Foundation’s award for Best New Restaurant in 2017.

“We get [everyone] from suits to skateboards,” Omsky says. “We’ve got all the artists from Wynwood, and we’ve got all the business people that had started developing Wynwood.”

Pronounced like the letter “Q,” the name itself is a nod to the restaurant’s focus on Japanese-style grilling, namely the process (barbecue) and its quintessential accompaniment (yakiniku sauce). Chef Raheem Sealey, another recruit from Zuma, started as a sous chef when the restaurant first opened and has since become the brand’s executive chef, leading its culinary program across both current and future locations.

The Japanese wood-fired section of the menu includes beef tenderloin and Korean-fried chicken, as well as locally sourced seafood like roasted grouper and Florida snapper. Other entrées include smoked meats like duck breast burnt ends and wagyu beef brisket with black shichimi peppers, plus chilled dishes like tuna tataki and sliced hamachi. Appetizers and veg-forward sides round out the food menu, while craft cocktails with an Asian twist—think the Wynwood Mule with smoked pineapple and the Spicy Shiso Sour with a Thai chile tincture—shine on the beverage menu.

Omsky says this wide variety ensures every guest can find something appealing at KYU. It’s also made the restaurant an attractive concept for expansion. Where most budding concepts build around their homebase, KYU left not just Miami and Florida but rather the whole U.S. to open its second outpost in Mexico City. Again it was a combination of favorable conditions that led to expansion. This time, the brand partnered with a multiunit restaurateur in Mexico who also happened to be a huge KYU fan. The second location, which opened last August, has since split from the Miami original; Lewis, Haigh, and Maynes were bought out of the first location but will run the Mexico City unit under their newly formed Scotch and Bacon Hospitality Group.

The change in ownership was precipitated by a new partnership with Reuben Brothers, a U.K.-based firm that is owned by one of the wealthiest families in Britain. This injection of capital plus an existing pipeline of properties opens the door to many more markets.

“The Reuben family is one of the biggest real estate owners in the world, especially in hospitality. They’ve always loved KYU,” Omsky says. “They own the Surrey in New York, the Baglioni [Hotel Luna] in Venice, the Palma in Capri. … So they can basically pick and choose where they want to open up in the most perfect sites.”

Although the team doesn’t have a specific number of locations in mind just yet, Omsky does anticipate the brand growing in both the U.S. and overseas. For starters, KYU is slated to open in New York City this fall, and restaurants in London and Las Vegas may not be too far behind.

Omsky adds that the brand has also been approached by potential partners in Washington, D.C., Chicago, and Nashville, Tennessee, though moving forward with such agreements would depend on whether KYU elects to go the franchising route.

Regardless of where or how quickly the brand grows, Omsky stresses that KYU will stay true to the values and high standards that have made it so successful in the first place.