Gastón Acurio was named as the winner of The Diners Club Lifetime Achievement Award for 2013 by the organizers of Latin America’s 50 Best Restaurants sponsored by Cusqueῆa. 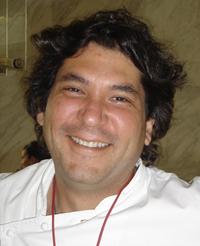 The Diners Club Lifetime Achievement Award is voted for by The Latin America’s 50 Best Restaurants Academy, a group of over 250 industry experts from across the region.  The honor of this award recognizes the fundamental contribution Acurio has made to Peru’s culinary industry and national identity across Latin America.

"Since his original restaurant Astrid y Gastón opened in Lima in 1994, Gastón Acurio’s mission has been to emphasizes simple Peruvian-Mediterranean cooking and rebuild what he calls ‘the strong relationship between the fields and the city,’” says William Drew, of William Reed Business Media. “Now, his gastronomic and cultural influence stretches around the world - with restaurants from Bogotá to Madrid and New York. Gastón Acurio is a culinary giant, who more than deserves this fitting accolade.”

“Chef Acurio is a true leader and has helped establish Latin America’s place within the international fine dining scene. The Diners Club Lifetime Achievement Award celebrates his many accomplishments and also recognizes his talent and distinct contributions to this wonderful region. We look forward to continuing our partnership with Latin America’s 50 Best Restaurants and introducing our card members to the best of the best in fine dining around the world,” says Eduardo Tobon, President of Diners Club International.

Acurio, over the course of his 20-year career, has become one of Latin America’s leading chefs and industry figureheads. His flagship restaurant, Astrid y Gaston in Lima, made its debut on The World’s 50 Best Restaurants List in 2011.  In 2013 Astrid y Gaston was awarded the Highest Climber Award, sponsored by Gaggenau, and ranked No.14 on The World’s 50 Best Restaurants List, reflecting the rapid and growing recognition of Acurio’s talents internationally.

The Organization Acurio Group founded by Acurio today includes 33 restaurants in 12 countries, spearheading the growth in popularity of Latin American cuisines across the continents.

Initially trained and skilled in French cuisine, Acurio returned to Peru early in his career to focus instead on Peruvian food and explore the culinary heritage of his home country.  He continues to experiment with Peruvian ingredients, often referencing Andean and Amazonian culinary traditions. "The world is finally discovering and learning about the language of Peruvian cuisine, fear has been lost and creative energy has been released, "says Acurio.

Presentation of The Diners Club Lifetime Achievement Award to Acurio recognizes not just his commercial and restaurant endeavors but his undeniable commitment to the next generation of Peru’s hospitality industry.  Among other projects, he is the main support behind the Pachacutec Cooking School in Peru.   The school is located in one of the poorest areas of Lima, offering disadvantaged youth the opportunity to create a future in the world of hospitality.

Acurio has also published 20 books with his most recent publication, "500 Years of Fusion", recognized at the Gourmand World Cookbook Awards 2008. He also has a successful TV career and will host the Peruvian version of Master Chef this year

“This award represents many people. It represents the people who initiated the way forward and those who over the centuries built what is now our culinary tradition. It represents people across the land, across the sea, in restaurants and in their homes that bring to life our culture every day with pride, creativity and commitment. It also represents those who are prepared for and dream about a tomorrow with conscience and awareness of the opportunities and responsibilities that this moment demands. The Peruvian and Latin American voices, noble, peaceful and sweet sound again worldwide. The challenges ahead are enormous but this story has only just begun,” Acurio says.

Acurio will be presented with The Diners Club Lifetime Achievement Award at the inaugural awards ceremony for Latin America’s 50 Best Restaurants in Lima, Peru on the 4th September 2013.  Results of the list will be published online as they are announced to the assembled chefs and guests.