Cheatham’s status as a force to be reckoned with was solidified in 2017. And that hasn't slowed down.

When considering Adrienne Cheatham’s culinary chops, creativity, and magnetic personality, it’s no wonder she has become an all-star. After years mastering her craft at some of New York’s finest restaurants, the chef became a fan favorite when she competed on Bravo’s “Top Chef” and went on to start her own pop-up dining series, SundayBest. But Cheatham never sought out celebrity chef status. Rather than chase the spotlight, she had always worked toward behind-the-scenes mastery.

“I was really enamored with the thought of being the person who toes the line and runs operations,” she says. “I wanted to be the person who takes responsibility for maintaining the quality. What really excited me was the day-to-day operations, the repetition, the minutiae of restaurants.”

That tactic worked well for Cheatham in the early days of her career. After appeasing her parents with a bachelor’s degree in business and journalism, she jumped right into the foodservice industry, working different odd jobs at restaurants across the country. Eventually word of mouth opened the door at Le Bernardin by Eric Ripert and later at Streetbird and Red Rooster from Marcus Samuelsson.

Slowly the unassuming Cheatham was coaxed into more public-facing roles by helping both chefs with cookbooks and attending special events and demonstrations with Samuelsson. Through these experiences, she came to appreciate the impact her presence could have on other aspiring chefs, especially women and people of color. Although her mother worked in the restaurant industry, Cheatham saw few minorities in visible, leadership roles when she was growing up. 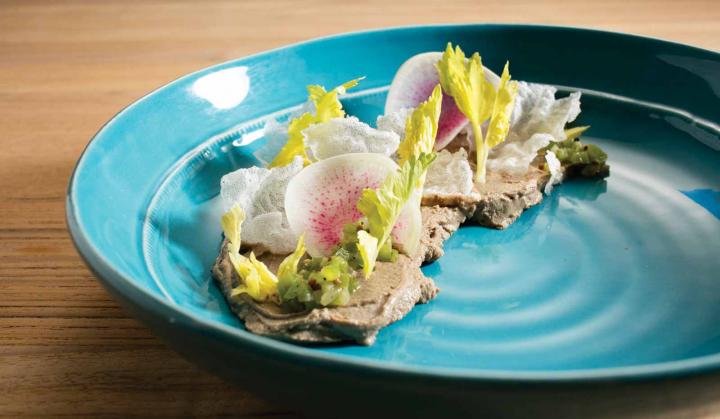 “Maybe that’s part of the reason that I avoided going into that side of it, because I always thought women and minorities were in the behind-the-scenes roles. I never thought of them in the visible part of the restaurant, like the general manager, executive chef, or the person who gets all the credit and accolades,” Cheatham says. “I embrace it now. As awkward and weird as it still is sometimes, it’s also really cool.”

Cheatham’s status as a force to be reckoned with was solidified in 2017, when she competed on the 15th season of “Top Chef.” True to her less-grandstanding, more-action approach, Cheatham emerged as a dark horse, quietly outlasting most of the field before finishing second to Joe Flamm.

Now living in Harlem, Cheatham continues to eschew the typical chef trajectory. She’s granted herself the time and space to flex her creative muscles through SundayBest. Held about once a month at varying locations around New York City, SundayBest dinners are intimate—only 12–20 guests—and feature dishes inspired by Southern cuisine and soul food. She’s also developing new partnerships and collaborating on Schwan's Chef Collective, a group she first joined in 2016 that develops healthy school lunch programs. 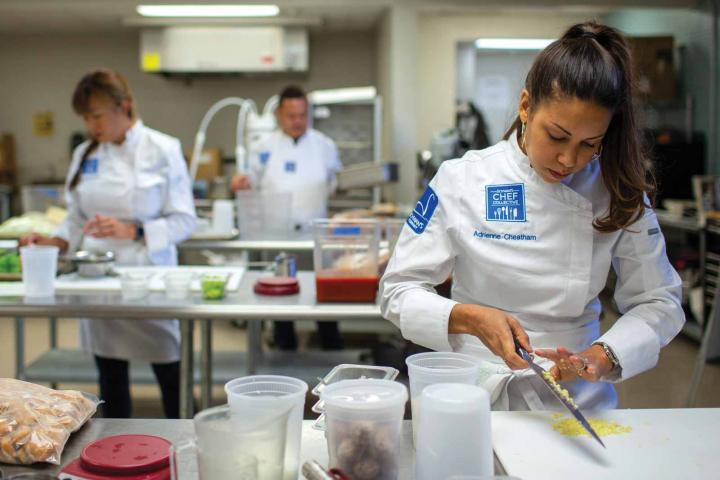 “It’s weird because careers always take different twists and turns. Opportunities come up that you may not have even thought would present themselves at any given point in your career,” Cheatham says.

Another misconception that Cheatham is hoping to change by leading as an example? The tall chef stereotype. She remembers one time, when she was left in charge of Le Bernardin in Ripert’s absence, a couple touring the kitchen assumed a 6-foot-2-inch male sous chef who’d only started six months prior was the executive chef. The incident caused both Cheatham and the sous chef to laugh, but it also illustrated a common assumption—and gave the 5-foot-3-inch chef yet another reason to keep putting herself out there.

“You have this perception that you have to be physically imposing to do the job, and that’s not the case. So I like that just as much as when women and minorities see me and can relate,” she says. “You don’t have to be huge, or you don’t have to be tattooed. You can do whatever job it is and not fit that stereotype.”