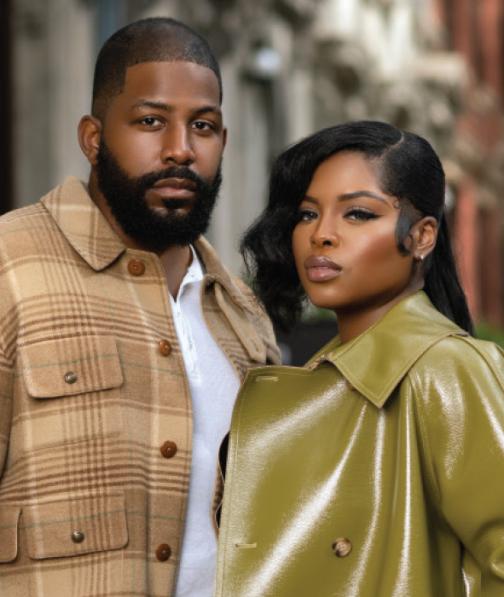 When Ria and Kevol Graham decided to open their own restaurant, they set out to put Caribbean cuisines and cultures front and center through an immersive, multi-sensory dining experience. That vision became a reality two years ago when Kokomo debuted in New York’s hip Williamsburg neighborhood. But opening in the early months of the pandemic didn’t come without its challenges. At first, the restaurant could only offer outdoor dining. Then, as dining rooms reopened, the Grahams found themselves battling long lead times and an unreliable supply chain. But the couple was resourceful, and today Kokomo is on its way to becoming an urban oasis.

We were waiting for chairs for at least six to seven months. We couldn’t receive anything that was coming from outside the country. After a while, we ended up having to cancel an order for interior furniture because it was taking too long. Deliveries weren’t on time, and everything was put on hold. It was an ongoing battle to get things we needed in order for the restaurant to meet our standards.

Getting everything finished definitely took some creativity. The section behind the bar that looks like bamboo is actually PVC piping. We went out and got the PVC from a local warehouse in the Greenpoint area and painted it to make it look like bamboo. We literally took a fork and little paint brushes to give it the detail. Then we torched the ends to make it appear really authentic.

Instead of waiting on long lead times, we went the cheaper, faster route because we needed things like chairs. We still aren’t 100 percent finished with the restaurant, but we’re a whole lot closer than we were when we first opened the outdoor space. Last summer is when we started to become a little more settled with what we picked out for the space, but we’re still doing some renovations.

Things are on the up and up. We keep adding to the restaurant’s décor to make sure the experience is something new each time, and it doesn’t feel stale for our regulars. We recently changed out tiki umbrellas in the outdoor section for a zinc covering to give it a rainforest/Caribbean feel when it’s raining outside. There are a lot of different cultures represented in our restaurant, and we think keeping things fresh appeals to everyone. It’s not just a Jamaican restaurant. It’s really a Caribbean restaurant.

There were so many different obstacles we had to overcome during the last couple of years. One thing we learned was to remain positive. There are going to be a lot of challenges that come up, but staying positive and keeping a solid foundation of support around you will help weather any storm.