Mariposa opened in 2015 and was Dahl’s first foray outside Italian cuisine.

Powerhouse Lisa Dahl Continues to Build Her Empire, One Unit at a Time

Before transitioning to the restaurant world, Dahl spent years working in the fashion industry.

Lisa Dahl is pulling double duty. The self-taught chef came to foodservice later in her career and has since built a multiconcept hospitality group in Sedona, Arizona, a city known for its desert vistas and thriving artistic community. Since Dahl & Di Luca Ristorante Italiano first debuted in 1995, Dahl Restaurant Group has added four more concepts to its portfolio including Cucina Rustica, Pisa Lisa, Mariposa Latin-Inspired Grill, and Butterfly Burger.

The most recent opening, a second location of Pisa Lisa, is notable in that it’s the first time Dahl has replicated one of her existing restaurants. The new space will feature additional menu offerings and a larger footprint, to the tune of 3,500 square feet and seating for 100-plus guests. Dahl is viewing this new restaurant, which opened in July, as a test run of sorts. If it performs well, she’ll take it as a greenlight for expanding beyond Sedona. 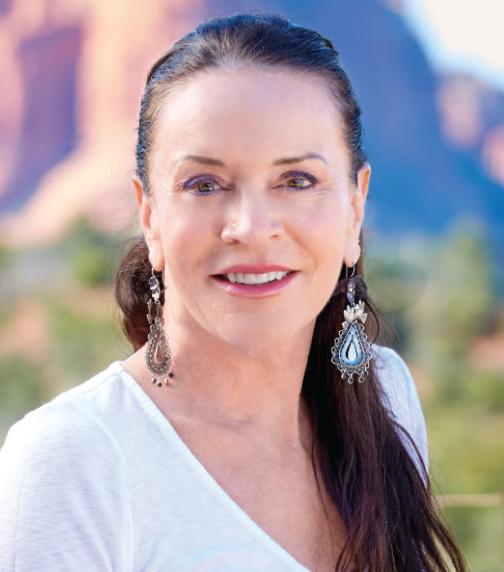 Favorite tool: Strainer with a handle

Chef she’d most like to work with: José Andrés

“I feel like you could pick [Pisa Lisa] up and put it in Vegas or Chicago, and it would be successful,” Dahl says, adding that she thinks upscale lounge, Butterfly Burger, also has inherent scalability. “They feed off each other. Having the second Pisa Lisa in a larger footprint allows us to really see if we can perform at the same level with the same average check. It will tell us if we can be successful in the new model.”

Opening the second Pisa Lisa—in the outlying Village of Oak Creek—was far from a straightforward process. The project ran into multiple delays brought on by Covid and supply chain gridlocks. What was supposed to take nine months dragged out to about three years.

“We could not open when we wanted to,” Dahl says. “We had to open when we could open.” But she overcame these obstacles and is now reaping the benefits.

Before transitioning to the restaurant world, Dahl spent years working in the fashion industry, primarily in San Francisco. She says the experience shaped her sense of design and style and taught her valuable lessons, some of which she has carried over into her career as an entrepreneur and chef.

“Food and fashion go hand in hand,” she says. “There are ever-changing trends in both businesses. I approach fashion and cooking with the same mindset. My style for both has been constant. I believe in the integrity and quality of ingredients in combination with methodology.”

Her entry into foodservice was driven in large part by personal tragedy. Following the death of her son, Justin, she moved to Sedona, and cooking—a pastime she’d shared with him—became part of the healing process.

Indeed, family is very much at the heart of Dahl’s business. A number of dishes on the Pisa Lisa menu can be linked to family members.

The Justino, a pizza named after her son, features ricotta, provolone-mozzarella, imported prosciutto, organic arugula, and white-truffle oil. Another popular dish, the Da Dorthy, is named after her mother. The pizza even has a “mother sauce” as its base and is topped with provolone-mozzarella, fennel sausage, picante peppers, and parmesan-reggiano. Dahl says including the names makes her feel as though they’re a part of the business.

“It’s a purely selfish way of keeping them with me,” she says. “I get a lot of joy seeing those names pop up on tickets over and over again. Justin is the reason I came here, and I believe he’s my co-pilot in all of this. I feel like they are my inspiration.”

When Dahl was deciding where to place her second Pisa Lisa, she knew she wanted a bigger space, describing the original as a bit cramped.

“It’s almost impossible to imagine what we can accomplish in that first location,” she says. “I liked the idea of having a little more elbow room.”

In an unintentional throwback to her fashion days, Dahl found the perfect spot for the second Pisa Lisa in what was once a Tommy Hilfiger store in the Village of Oak Creek. The retail space had to be entirely renovated and retrofitted for commercial kitchen operations, and the chef estimates the entire project cost $1.5–$2 million.

“We had to install grease traps and everything else a restaurant needs that clothing stores don’t come equipped with,” she says. “The layout of the store is incredible. It feels more like 4,500 square feet [than 3,500 square feet].”

To manage her growing empire, Dahl recently hired a culinary director to help streamline operations and fine-tune recipes across the five concepts.

“Standardization needs to be done all the way down to the sourcing,” she says. “If you were to list things that drive me crazy, going to a kitchen and seeing people do something slightly different than another kitchen would be right up there.”

With a winning business formula and the right team in place, the time may soon come for Dahl to break out of Sedona and into new markets.

“I think that’s the natural progression,” she says.