Meet Me In... Seattle

Seattle brings a ‘casual-conscious’ vibe to its restaurant scene along with world-class flavor, which is leading chefs like Rachel Yang to call the city home. 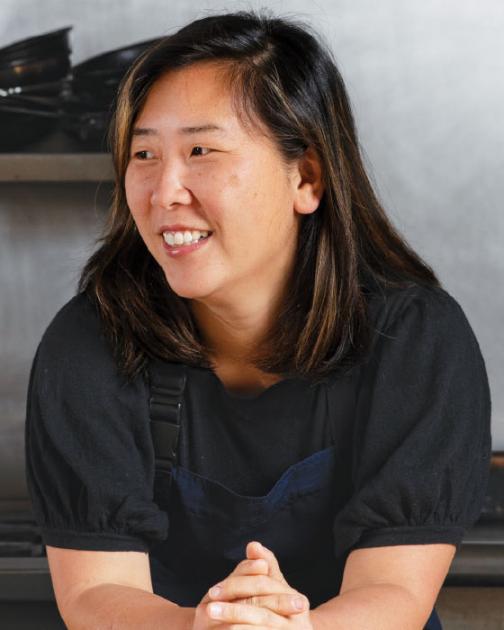 Nicknamed the Emerald City, Seattle may be best-known for its unrivaled coffee scene, but the city also benefits from Washington’s bounty of produce and its easy access to fresh seafood. In terms of cuisine, its diverse community brings flavors from across the globe.

Chef Rachel Yang cut her teeth in New York City but knew the Big Apple wouldn’t be her forever home. While working for the incomparable Alain Ducasse in New York, she met fellow chef Seif Chirchi who would later become her husband and business partner. The pair ultimately landed in Seattle where they have built two restaurants, Joule and Revel, and raised a family. For Yang, the city’s easygoing mentality and rich culinary scene is bar none.

Joule was the first restaurant we opened together in 2007—six month after we got married. We wanted to open a restaurant that reflected who we were then, a little bit of Korean, a little bit of American, and a whole lot of fun and curiosity.  We opened Revel in 2010, four months after our first son, Pike, was born. Revel was all about easy and accessible Korean food with a twist.

We all learned so much in 2020 and definitely have gotten stronger. We have renewed conviction to take care of each other and to support the community. Of course, we have discovered a few different interests from numerous pivots during the pandemic, which we are working on as a new business.

Seattle is truly the city that has it all. It’s a bustling metropolitan city with the picturesque Puget Sound and Mt. Rainier in the backdrop. It’s easy to escape for a quick hike to the Cascades in the morning and to cheer for the Sounders soccer game in the afternoon.

I would describe the Seattle dining scene as casual-conscious. It’s very easygoing with no pretense, but everyone cares about important details like sustainability and the well-being of the restaurant industry.