Meet Me in… Atlanta

The city’s ‘Hotlanta’ nickname exemplifies the restaurant scene as much as the weather. 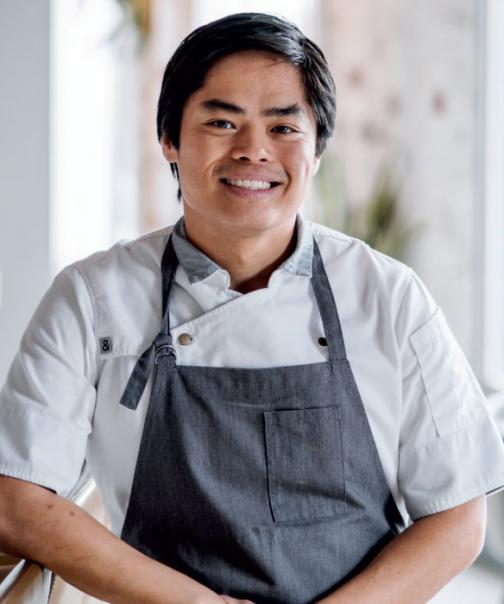 An Atlanta native, chef Ron Hsu has watched his hometown evolve over the years. As the largest metropolis in the Southeast, Atlanta has long been a hotspot for innovation, whether it be in the arts, tech sector, or dining scene.

Growing up, Hsu helped his parents run their Chinese restaurants before receiving a formal culinary education. While working at some of New York’s most celebrated restaurants, including Le Bernardin, he met chef Aaron Phillips, and in 2019, the two opened their own fine-dining concept back in Atlanta. Lazy Betty quickly garnered buzz for blending French techniques and cuisine with Chinese and Malaysian flavors.

For Hsu, who will open a second restaurant, Juniper Cafe, this fall, Atlanta is second to none.

We wanted to create a concept that was more accessible to a wider audience. And the French-Chinese influences of Vietnamese food really appeal to me as a chef. The vibe will be hip, light, and airy to go with the modern Vietnamese food.

Atlanta has really progressed. Most would claim it’s “up and coming,” but I feel like it arrived a while ago. It may not have the magnitude of New York City or San Francisco, but you can find the quality and value.

The fight for tomorrow

COVID has brought attention to institutional disparity among minorities in regard to healthcare and access to healthcare that coincide with pay disparity. I hope the industry uses this attention as an opportunity to fight for pay equality.

Why hotlanta is hot

The community. Everyone from fellow industry peeps to the guests we serve make it great. I have never felt so connected to fellow restaurants and the guests we serve. Whenever support is needed—COVID or race issues, for example—the community has banded together to help and understand each other.

I would say it’s eclectic. With places like Buford Highway to Buckhead, we have a wide range of styles and cuisines, from buffets to tasting menus, soul food to food from Seoul.