Albert Allaham, who grew up in Damascus, Syria, was inspired to open a kosher steakhouse when he couldn't find enough decent options in New York City.

Albert Allaham's Reserve Cut might be kosher, but that's only part of why it has been so wildly successful.
December 2016 Danny Klein

At 30 years old, Albert Allaham could already trade in his apron for a comfy seat in some corporate office. The head of Reserve Cut, a New York City steakhouse with projected sales of $10 million in 2016, Allaham has watched his restaurant’s profile skyrocket since opening in Manhattan’s Financial District three years ago. But still, the best 90 minutes of Allaham’s day is when he remembers just how he got here, a journey that began some 200 years and 5,600 miles away.

When Allaham walks into the massive 15,000-square-foot, 278-seat Reserve Cut each day, the first place he visits is the kitchen. He butchers the restaurant’s steaks, of which they might sell upward of 250 a night, and sets about aging the meat. He aims for 36 days on most cuts, and 70 to 75 on his Wagyu selections. “I don’t have to do it but it attracts me. I can’t stay away,” Allaham says. “Honestly, it’s my favorite time of the day.”

Success hasn’t steered the young entrepreneur far from his roots. When he was 13, Allaham traveled from Damascus, Syria, to the U.S. As soon as he finished high school, he joined his brother at the family’s butcher shop in Brooklyn’s Flatbush neighborhood. In 2008, the family opened a high-end shop, Prime Cut, and five years later, Allaham had enough money to found his steakhouse in a rapidly evolving corner of the city.

The culinary art of butchering branches back four generations in the Allaham household. In fact, the name itself—Allaham—actually translates to “butcher” in Arabic. Opening a steakhouse was a birthright, Allaham says. The decision was also shaped by personal dining experience. Living in New York, Allaham noticed it was hard to find a good kosher steak in the city.

The city’s Department of Health reports there are around 300 kosher restaurants in the Big Apple. That’s comparable to the amount of French concepts (316) and Indian eateries (304). But of this list, how many are high-end steakhouses? In Lower Manhattan, the answer is none.

That hole in the market presented an alluring opportunity for Allaham. The proximity to Wall Street, the Freedom Tower, and the many other corporate hubs in the area, meant businessmen of all backgrounds would flock to Reserve Cut to satisfy their needs. The restaurant has a check average of $110 to $112 and fields between 300 to 400 covers nightly. 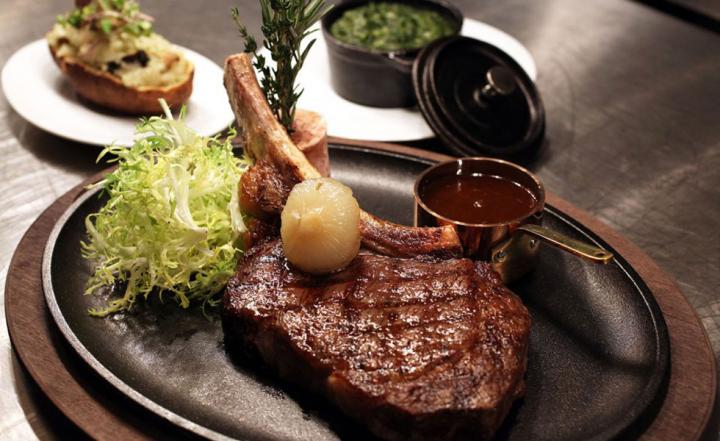 Albert Allaham's says Reserve Cut's steak are among the best in the city.

“I felt like the real estate guy, someone who wants to have a meeting, and the finance guys who want to take people out for dinner, there’s no kosher restaurant where they can do that. They were going to a non-kosher place and bringing the kosher guy to the meal, hoping they could find something,” Allaham says. “Now, they make excuses just to come to Reserve Cut.”

This kosher base hardly defines the restaurant, however. Allaham says only around 30 percent of the clientele fall into that category. The other 70 percent simply show up because the food and ambiance are first-rate. And nearly all of that business has been fueled by word-of-mouth.

“I think we have one of the top five steaks in the city,” Allaham says. “I always give the advice, ‘Don’t take shortcuts.’ I always improve service. I keep improving ambiance. I want the whole package. The minute you step into Reserve Cut you’re going to feel the service. The minute you sit down at your table you’re going to see the ambiance, the candles, the dim lights, the white tablecloths. And then, the meal is going to be one of your best meals you’ve ever had.”

Keeping the restaurant kosher hasn’t been a problem. All of the ingredients are inspected by a Jewish rabbi called a mashgiach, which means “supervisor” in Hebrew. Meat isn’t eaten with dairy. Fish have scales and fins, and all animals need to have cloven hooves and chew their cud. In the kitchen, utensils used in meat preparation can’t come into contact with those used for dairy. Wine and other grape products must also be prepared by Jews or boiled.

Allaham’s staff color-codes the knives (red for meat, blue for fish, and white for vegetables), prepares its sushi in a separate area, and doesn’t allow milk, cheese, or butter to be used in its deserts.

While these outlines create challenges, they also act as a safeguard of sorts. Meat must be salted 24 hours from the time the cattle was slaughtered. Allaham says this process removes bacteria and ensures a cleaner, safer product. 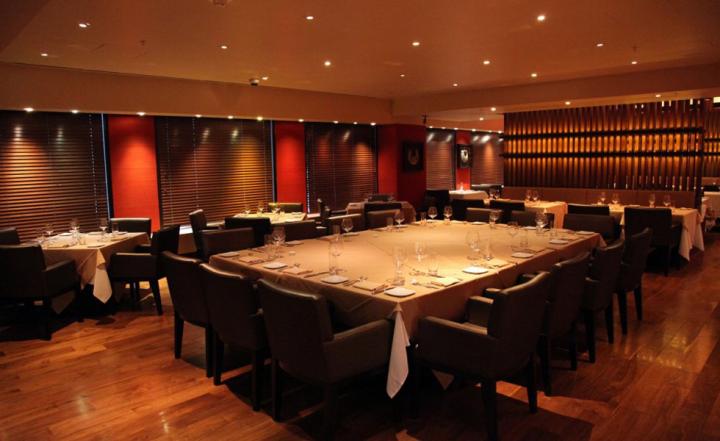 Ambiance is key at Reserve Cut.

Suppliers US Foods and Sysco have kosher sections to order from, and if something is missing, all Allaham needs to do is contact the kosher supervisor and ask where to find it. “It’s not a challenge at all. The kosher market has grown so much,” he says. “If it’s something you want, you’ll find it in kosher.”

Reserve Cut kept its family ties in tact. His father, Mourad Allaham, personally picks and sends over the steaks from his butcher shop, which is still in operation.

Allaham could just be scratching the surface of a restaurant empire as well. He is considering expanding the concept, with international markets Miami, Chicago, and Tel Aviv, Israel, on the radar.

Allaham still works in the kitchen and helps guide Reserve Cut's chef, Kamran Naseem, who took over earlier this year and is only the restaurant's second chef since opening. Chef Naseem clocked time at institutions Daniel, Aureole, and Aquavit. Returning to an earlier point, Allaham says that the kosher angle is just an afterthought for many repeat guests. “When you step into Reserve Cut there’s nothing saying it’s kosher. There’s no difference between kosher and non-kosher when it comes to taste. The only time you realize it is when you come on a Friday night and the place is closed,” he says. “It’s not the fact that we’re kosher that makes us successful. It’s that we’re one of the best restaurants in the city.”