How a Texan brought the Italian pasta kitchen to Chicago through a true love for noodles.
May 2019 Laura D’Alessandro

After graduating from culinary school in 2001 and making a splash in the industry by 2003 as the youngest female sous chef at Houston’s iconic Brennan’s, Grueneberg moved to Chicago and joined the team at Spiaggia, where she trained under Tony Mantuano. She rose quickly there, too, from line cook to chef di cucina to executive chef. Grueneberg has also traveled extensively through Asia and Europe—both great places to enjoy her favorite food, noodles. During one of these trips in 2009, while staging at kitchens in Italy, the Monteverde concept was born. 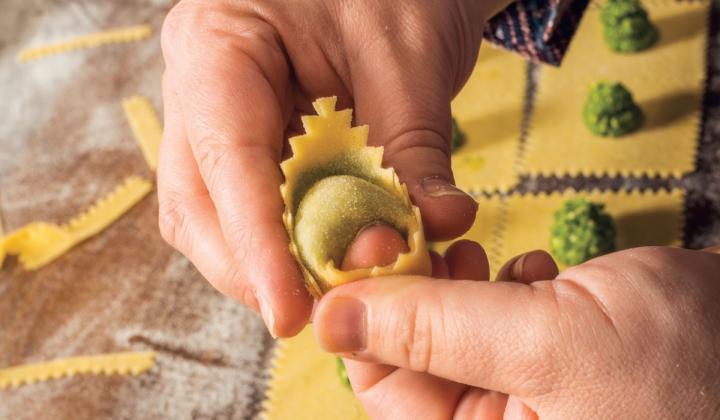 “It was amazing how fresh it was when you’d eat it,” Grueneberg says. “I really wanted to take that back to the U.S.”

Grueneberg says she’s always loved pasta. “It’s the most delicious food ever,” she says, and who can argue with her? “I wanted to have a restaurant devoted to pasta. Many Italian restaurants are pizza and pasta, but why isn’t there just a pasta-focused restaurant? The concept really grew as we looked for spaces and found our designer. It was rooted in the idea of pasta as the center of the restaurant.” 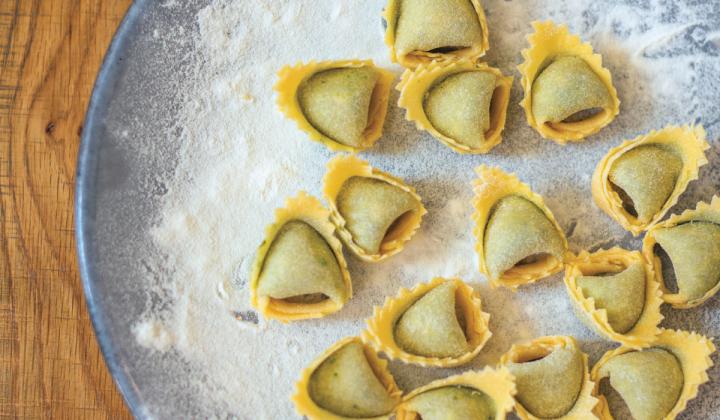 "Many Italian restaurants are pizza and pasta, but why isn’t there just a pasta-focused restaurant?" Sarah Grueneberg asked herself.

That concept lived in Grueneberg’s mind for several years until she ran into a friend, Meg Sahs, during a trip to California. The two ended up on the same flight back to Chicago, where they began brainstorming ideas for Monteverde.

“She looked at me and I looked at her; it was one of those crazy wedding moments like, ‘That’s the dress,’ except it was, ‘That’s my business partner.’ It went fast after that,” Grueneberg says.

Sahs is co-owner at Monteverde. Working alongside her dear friend isn’t the only way Grueneberg keeps her tribe close in business. Her fiancé, Jaime Canete, is managing partner at Monteverde. Canete and Grueneberg have been engaged for seven years and together for nearly 12. 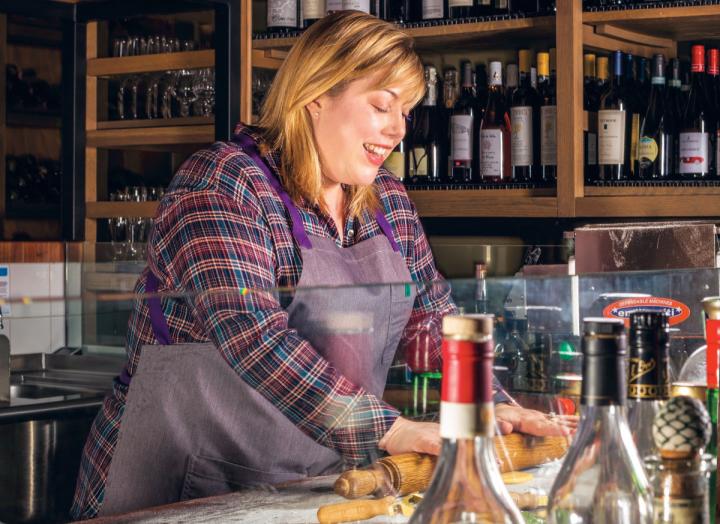 Before Monteverde, Sarah Grueneberg was the youngest female sous chef at Houston’s iconic Brennan’s before moving to Chicago and joining the team at Spiaggia.

“We got engaged the day ‘Top Chef’ called,” Grueneberg says. “We met at Spiaggia. He was a cook there and we knew each other for about a year. Then we started dating. It does help that we get to travel together and work together and go in together and leave together, so we have a meal at home at night, even if it’s at like 11:30 p.m. or 1 a.m.”

If making time for each other is hard, it’s even harder to plan and execute a wedding. Grueneberg says every time they think they’re going to set the date, something big happens and their calendars book up with commitments. 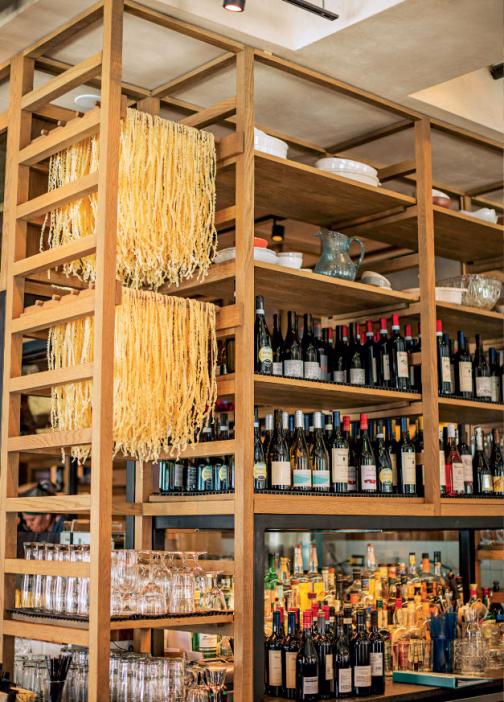 Pasta is central at Monteverde in Chicago’s West Loop, but what is pasta without a perfectly paired wine from the restaurant’s extensive list?

“We need to do it, but I think we both feel strong in our relationship,” she says.

But working with her partner Canete and friend Sahs is just a small part of what makes Monteverde’s culture “freakin’ awesome,” as Grueneberg calls it. Having a happy team is Grueneberg’s top priority.

“When you’re not happy, you don’t make delicious food,” she says. “When I’m stressed out, I don’t make something as soulful. Every day, we’re saying how great our team is. They all seem to have a lot of fun, which is really No. 1.”

That team is executing Grueneberg’s vision on the plate 100 times per night—the biggest challenge of all, she says, which is why having a happy, engaged team is so important. “Our pasta team, they’re masters about it,” she says.

Now more than 2 years old, Monteverde has already gone through its period of growing pains, and Grueneberg says every few months the challenges change. But putting the right people on the team went a long way toward building the smooth operation she has going. 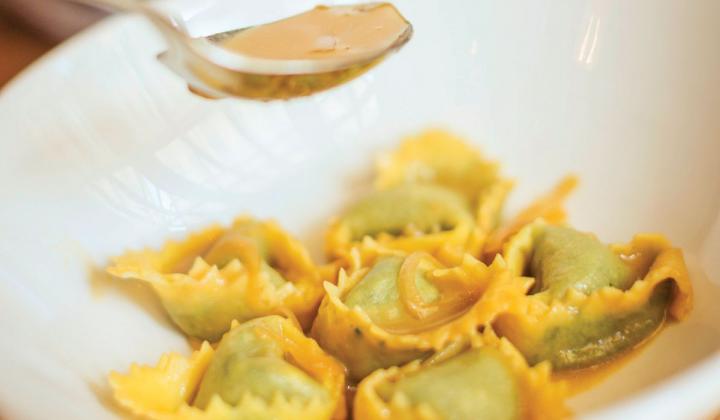 “The first few years are the hardest part,” Grueneberg says. “Really finding a management team that works well together is so important. Finding the team that wanted to work in this environment was probably the biggest challenge. I think a lot of managers want to run a restaurant as their own, and ours being so young, we really wanted to build a collaborative team together.”

When Monteverde first opened, Grueneberg jokes she was more of a therapist than a chef, working closely with young chefs to coach them to be on her team. This is in stark contrast to the kitchens of yesterday where Grueneberg grew up.

“Those kinds of environments are really toxic, and I don’t want any of that at Monteverde,” she says. “A lot of the young cooks these days need a lot of attention, and they need feedback on how they’re doing. They want to talk about growth.”

This aligned with how Grueneberg wanted to run Monteverde. For Grueneberg, life is different as a co-owner and chef than it was as an executive chef, but she likes doing things the Monteverde way.

“You have to remember you’re the leader and everyone looks to you,” she says. “It’s just one of those places you feed off the energy. To see how much people love the experience at Monteverde, that’s something you can’t buy.”