Glu Hospitality has grown to seven concepts and a nightclub.

The group dealt with licensing delays, among other pandemic pressures. 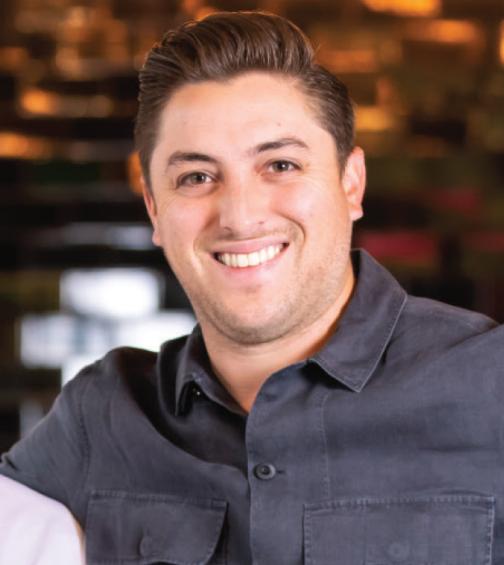 Even the pandemic couldn’t slow Glu Hospitality’s momentum. The Philadelphia-based group was founded in 2019 but has already grown to seven restaurant concepts and a nightclub. That’s not to say there haven’t been obstacles along the way. In addition to common COVID-era challenges, like dine-in restrictions and supply chain gridlocks, the group has also grappled with licensing delays. This threw plans for an elaborate brunch at Italian restaurant Figo into disarray when it opened last fall. But as partner and COO Derek Gibbons explains, that hurdle opened the door to a new take on brunch.

The buildout kept getting pushed back. It was a second-generation space, so most of the infrastructure was there, but things like ordering the pizza oven were getting pushed back. We kept picking out furniture and then we’d place an order, and they’d only have 10 pieces so we’d have to rethink that. It wasn’t anything that was going to stop us, but just little things that pre-COVID you wouldn’t be dealing with. You decide, order, and you’re good to go.

When we did open, getting the whole brunch program activated was really an issue because we didn’t have a liquor license yet. In Pennsylvania, you have 50 catering licenses per liquor license that you own, so we used one of our catering licenses. Back then, it was restricted to use for only five hours a day, so we really just focused on dinner originally because we couldn’t serve alcohol at those other times.

We figured if we can’t serve alcohol, let’s do something for the families. So we did a princess brunch with a local who dresses up like all the different princesses. It was a good turnout.

We have a pretty big nightlife background, so it was funny to be like, ‘Oh, you guys were doing big nightclub events, and now you’re doing princess parties.’ But I think that’s why we’re in a great position as a company: We have a very entrepreneurial spirit.

The catering license was restricted to five hours a day, but they recently passed a law where the hours are unlimited. So we’re now able to have alcohol at brunch, lunch, and dinner. We’re doing mimosa towers and bellini towers, and our chef came up with a cool menu. It’s got an Italian twist on classics, like lemon-ricotta pancakes.

I’m hoping it won’t take another year to get our actual liquor license, but it’s a very slow-moving process. [The princess brunch] is definitely something we like to have in our back pocket.

Don’t get frustrated with timelines and things like that. Obviously everyone wants to open as soon as possible and be successful, but it all comes in due time. If you really love what you do and you’re passionate, people will recognize that, and you’ll build a consumer base that way.