This year's James Beard Awards proved a breakthrough for African-American chefs. But what will the lasting effect be? 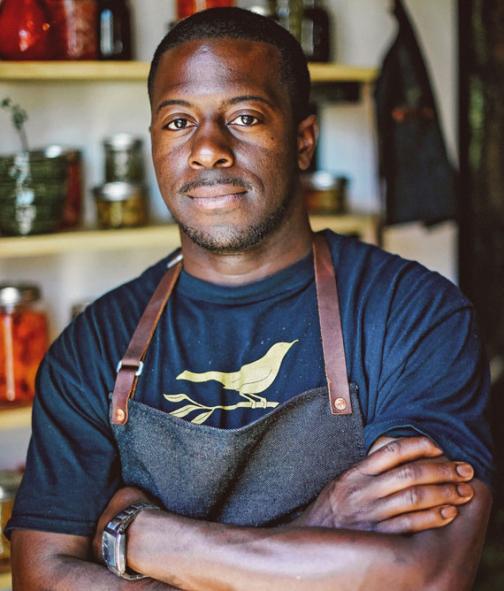 Jordan told FSR that when he was designing the menu of JuneBaby he realized “my food is deeper than what people perceive it to be. There’s so much of my history that needs to be told. I wanted to present Southern food from another lens.”

When JuneBaby was honored as best new eatery in the U.S., Jordan says he was glad that “he and his staff were being recognized, but it also opens the doors for folks like me to be inspired and motivated in this relentless career of cooking food.”

About the four African- and Caribbean-Americans being honored, Jordan says, “the ceiling broke at the right time. We’ve been pounding on the ceiling for a long time, and now the culinary world has taken a moment to recognize that there’s a lot of minority talent, cooking not necessarily the food the culinary world wanted to see.”

"We’ve been pounding on the ceiling for a long time, and now the culinary world has taken a moment to recognize that there’s a lot of minority talent, cooking not necessarily the food the culinary world wanted to see." — Chef Edouardo Jordan.

Rodney Scott was inspired by winning the award. “It shows that food is bringing people together. Food bridges race, relations, culture, everything,” he says.

Nor will Scott rest on his laurels. “Just because I’ve gotten it doesn’t mean I get to stop pushing myself. I need to keep growing,” he says.

“Any time people get recognized, it’s progress,” says Gerry Fernandez, president and founder of the Providence, Rhode Island-based non-profit Multicultural Foodservice & Hospitality Alliance, which advocates for greater inclusion and diversity in the restaurant and hospitality industry. Furthermore, he says, these chefs are being feted, not because they’re black, but “because they produce quality food and beverages and pastry. Quality is respected by everyone, and quality has no color.”

But Fernandez hasn’t seen enough hard-core data to ascertain whether these awards signify that “these people happen to be top performers or there’s a trend of more people [of color] in the pipelines,” he says.

Fernandez is encouraged by the accomplishments of these talented chefs underscored by their longevity in the restaurant industry. “Once you get past the ‘Chopped’ experience, you have to work hard and the cream will rise to the top,” he says. 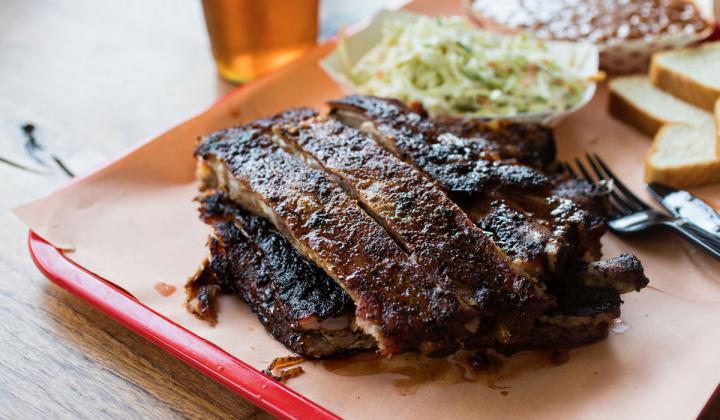 Alex M. Susskind, an associate professor who teaches restaurant management at Cornell University’s School of Hotel Administration, considers these four winners as representing a sea change in how African-American chefs are viewed in the industry. “It shows we’re getting talent from all places. The traditional white male stodgy French chef, who worked throughout all of Europe, is a thing of the past,” he says.

Susskind also cites that it’s no coincidence that three of the chefs cook in the South in New Orleans, Charleston, and Birmingham. “Those are highly recognized places that people go to for amazing food,” he says.

In past ceremonies, minority chefs haven’t won this many awards, says Eden Hagos, the 28-year-old Toronto resident and founder of BlackFoodie, a blog that explores food from a black perspective. But many African-American chefs in the past laid the foundations for excellence in cooking, though many were unheralded, she says.

Hagos sees the confluence of minority winners as “serving as an inspiration for the younger aged who are considering going to culinary school, or opening up their own restaurants, or developing products in the food space. Representation matters. When you see someone who looks like you receiving this acclaim, it drives you to push harder and go further.”

And Vallery Lomas, who competed on the Great American Baking Show, runs the Foodies in New York blog, and presented the baking award at the 2018 James Beard Award ceremony, says: “There have always been great African-American chefs, but to be recognized for such high levels of cuisine and good food, one would hope it would be a game-changer.” She says the diversity of food overseen by the winners, encompassing Southern food by Jordan, French food with a Caribbean flavor by Compton, and barbecue by Scott.

Becoming chef and owner like Jordan and Compton requires access to capital, and that has been a stumbling block for many minorities to attract. Yet Fernandez notes that a number of new African-American owned private-equity firms have been cropping up to offer funding for minority-owned eateries. Moreover, many minority chefs turned entrepreneurs secure funding from loyal guests, who are doctors, attorneys, and entrepreneurs who know and trust the chef.  Often the chef partners with a collaborator with a strong business sense in order to succeed. 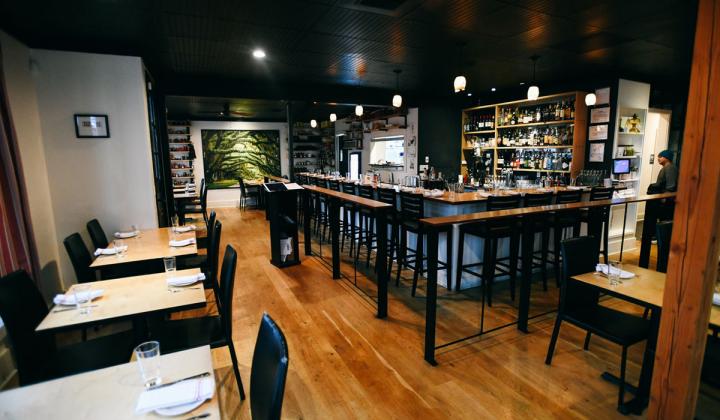 Fernandez isn’t surprised that Compton hails from St. Lucia. Caribbean people observe role models growing up who are successful entrepreneurs or police chiefs in their native country and then they move to the U.S. with an “immigrant mentality. I’m an outsider, I need to hustle and work even hard to get my feet on the ground. You work harder and save money.”

Fernandez would like to see the honored chefs use their awards as “a platform to call attention for minorities.” He’d like to see more “storytelling about what it took to get there. No one grew up with a silver spoon. It often takes 25 years to get there. The biggest impediment for most minorities is lack of exposure,” he says.

Hagos wants the impact of these awards to resonate for years to come. She hopes it creates opportunities that “the next young black chef who wants to open a restaurant can get the investors, or the next talented back kid can see this is what success looks like for people who look like me.”

Cornell University’s Susskind says these four chefs “have an opportunity to capitalize on these awards and share their struggles. It gives them the megaphone to discuss the 10 people who passed them by. It demonstrates that excellence appears in all shapes, sizes and colors, and when you don’t pay attention, you lose.”

Chef Jordan recognizes that change doesn’t happen overnight. “It’s still a stepping stone and we have a long way to go,” he says. But these multiple awards give hope that “folks who follow food and have money and want to invest may start believing in people that are a bit different from them,” he says.