Over the past 30-plus years, he's helped build the locavore movement in his adopted home of Hawaii. 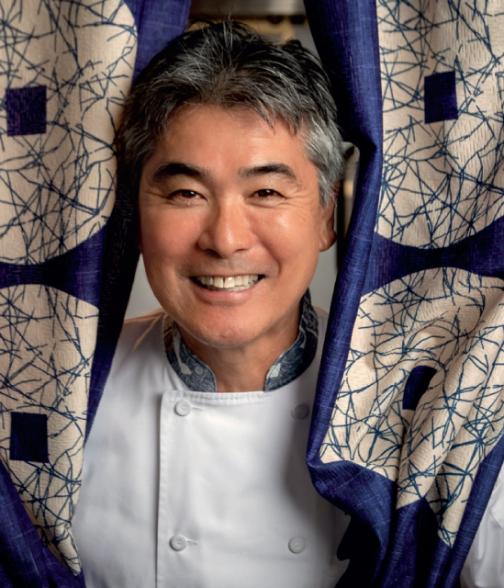 The Pig and the Lady

Roy Yamaguchi may have grown up in Japan, but the chef often spent childhood summers in Hawaii with family. After attending the Culinary Institute of America and working in California, Yamaguchi made the islands his permanent home in the late ’80s.

He was part of an enclave of trailblazing chefs, including Alan Wong, Bev Gannon, and Sam Choy, that changed the face of Hawaiian cuisine. Rather than focus on European staples, the islands now showcase their bounty of local ingredients through dishes that are influenced by a variety of cultures.

Hawaii will always be lauded for its natural beauty, but Yamaguchi urges chefs—and travelers—to look beyond the scenery and into its nuanced cuisine.

When you think about the past, luaus dominated the tourist scene, and hotels had continental dining, which was more European style. I opened up about 32 years ago when restaurants like mine started to utilize local ingredients rather than items from elsewhere in the world.

The Hawaii Food & Wine Festival that I started with my wife and chef Alan Wong just celebrated its 10th year in November. We’ve given back over $3 million to our local communities. The festival showcases not only the beauty of the land, but also the people and the type of ingredients.

It’s a place where you’re definitely happy. The beauty of Hawaii itself and the people that make it beautiful is something to be seen and to live on a day-to-day basis.

Hawaii gets a lot of mentions when it comes to how beautiful it is, but there aren’t many people who travel to Hawaii just for the restaurants. We do have a lot of restaurants that utilize the local ingredients, whether it be seafood or venison. Whether you’re driving along the Big Island or Maui, there are so many different farmers markets.