Despite the heavy toll 2020 exacted on restaurants, chef Paola Velez remains optimistic that the industry will rise even stronger than before.

Chef Paola Velez, The Baker on a Mission

How chef Paola Velez turned 2020 lemons into lemon cookies and created an initiative to unite restaurants and people across the globe.

Although Paola Velez just turned 30 in December, she has the wisdom of a much older soul—not to mention, the resume of a seasoned restaurant veteran.

Early last year, Velez was a semifinalist for the James Beard Award for Rising Star, and by autumn she won a Rammy Award for Pastry Chef of the Year from the Restaurant Association Metropolitan Washington. Food & Wine called her the “empathetic leader the industry needs,” and Washingtonian magazine included her in its “Heroes of the Crisis” series, which also spotlighted healthcare workers and social-justice activists, among others.

Velez exemplifies the drive and optimism that characterize the restaurant industry at its best—something that was further emphasized during the pandemic. Despite the buzz and praise around her work as executive pastry chef at Kith/Kin within the InterContinental Hotel, Velez left her post last summer (along with James Beard Award–winning chef Kwame Onwuachi). Her decision was largely influenced by a desire to help independent restaurants.

“Whenever I thought about the pandemic happening and then seeing what it did to our local restaurant industry and mom-and-pops all around the nation, it kind of tore me apart. While working in a hotel is fun and working in a corporate environment isn’t necessarily bad, I wanted to put my resources to good use for a local business,” Velez says. 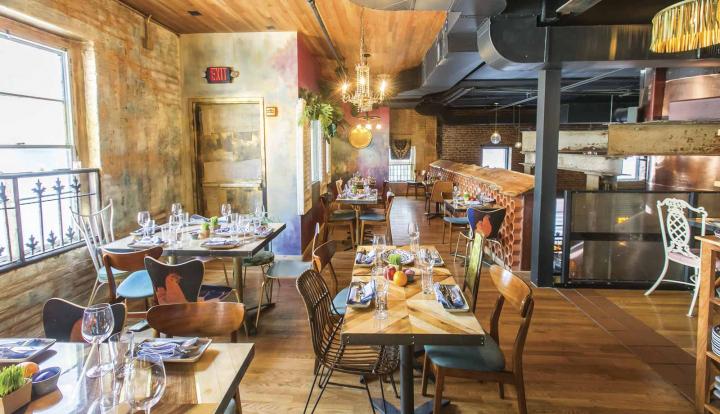 While considering her course of action, she reached out to D.C. restaurateur Rose Previte for guidance. Though the conversation began as Velez seeking advice from a mentor, it evolved into Previte offering her a job as the first-ever pastry chef for North African/Middle Eastern eatery, Maydan.

A few months later, Velez launched La Bodega Bakery within Previte’s other restaurant, Compass Rose. True to its tagline, “Baking Your Childhood with a Twist,” La Bodega serves an assortment of cookies, doughnuts, cakes, and even savories like bacon, egg, and cheese sandwiches, as well as global mashups, such as pandan babka and ube egg tarts.

But for Velez, the power of pastries and desserts goes beyond the act of baking. In May, she hosted a doughnut pop-up to raise funds for a D.C. nonprofit that serves low-income immigrants. The experience led her, along with fellow chefs Willa Pelini of Elm St. Social Club in Cincinnati and Rob Rubba of Oyster Oyster in D.C., to establish Bakers Against Racism. In June, the newly created initiative held a virtual bake sale that raised nearly $2 million in just five days. Since then, Bakers Against Racism has continued to host similar events with more restaurants, bakeries, and chefs from around the world joining the cause. 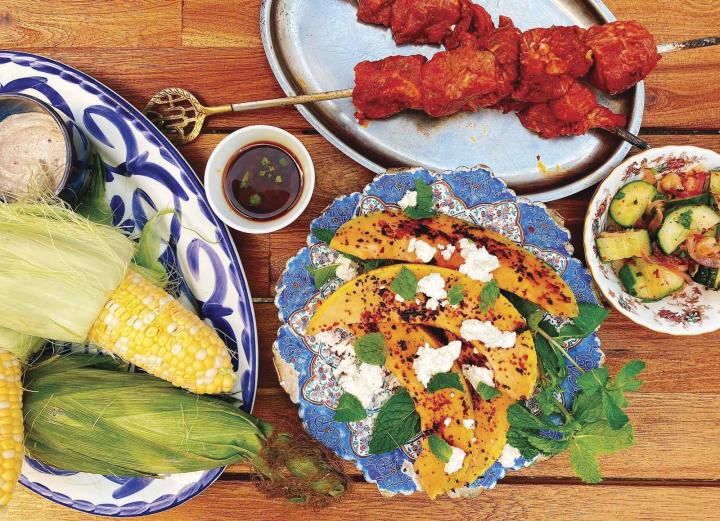 “Together we realized that people want to do good, but they didn’t know how. So we gave them the tools, and that’s really what it boils down to,” Velez says. “It’s amazing to watch everyone band together without any ulterior motive other than doing good.”

A Bronx native, Velez grew up immersed in restaurants; her mother’s cousin owned a Mexican concept with multiple locations in New York City. After school, Velez would go to the restaurant while her mom worked, and she quickly fell in love with the hustle and bustle of the kitchen. Her interest in pastries didn’t come until later, and Velez jokes that her small, cold fingers were ideal for kneading dough.

Reflecting on her 20s, Velez hopes she’s built a reputation as someone who worked hard despite the odds and setbacks. In looking ahead to the next decade, she wants to be a force for kindness in a sector that can become overly competitive.

“I hope to continue to inspire people to be bold enough to be kind so that our industry isn’t composed of people who are willing to be cutthroat to be where they are,” Velez says. “If 2020 taught us anything, it’s that together we’re going to survive this and be a better industry.”

Check out all 29 Rising Stars!