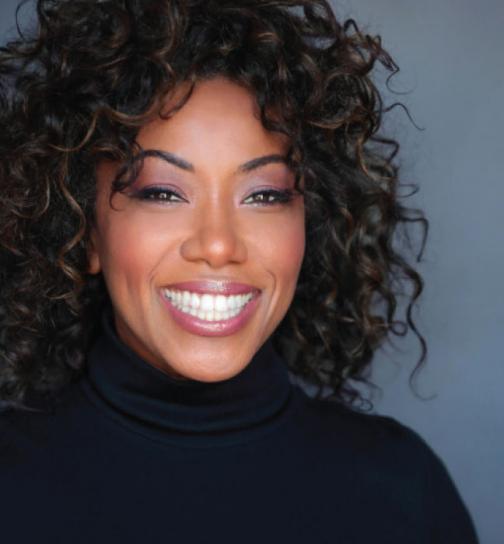 The glitz and glamour that have become synonymous with Los Angeles extend to its restaurant scene. But there is also a more grounded side to L.A. dining, one populated with mom-and-pops serving cuisines from across the world.

These global flavors combined with California’s abundance of fresh ingredients left an indelible mark on Nyesha Arrington. A classically trained chef and L.A. native, Arrington has worked at a number of fine-dining institutions and appeared on shows including a recent episode of “Selena + Chef.” Next up, she’ll be a judge on Gordon Ramsay’s “Next Level Chef.” All the while, Arrington is continuing to advocate for sustainable sourcing and encourage other chefs to take advantage of the rich bounty the area has to offer.

Bounty of the land

From a chef’s perspective, we have access to some of the world’s best produce. We’re able to draw inspiration from a seasonal standpoint because the local farm is less than an hour away. We have a very rich culture in agriculture. A lot of those iconic, historical places around downtown Los Angeles were once robust citrus fields.

Where all the farmers know your name

I live in Santa Monica, and I would say the farmers market is a must. It’s really the place to be for a chef because it’s great networking. You’re going to meet farmers who are within less than two hours of the market. Every chef in L.A. is going to be at the farmers market Wednesday morning.

Taking things to the Next Level

I’ve been in food competitions for a while now and this is my first recurring appearance as a judge on “Next Level Chef.” Really what I’m excited about the most is the mentorship aspect. To get to connect with these people and mentor them through the challenges is going to be exciting.

If you’re going to come to Los Angeles, you’re coming for that beach culture. It’s a really nice and relaxed energy.

What makes Los Angeles a great food destination is the melting pot and the mix of cultures that make the terroir so robust. You can go to different parts of the city that are centralized by different cultures. For example, the Fairfax area is basically Little Ethiopia; Boyle Heights has a very strong Latin culture; and then there’s K-Town; I could go on and on.