The lobster bisque with baguette is one of many fresh, seasonal offerings at borough in minneapolis.

Chef Mike DeCamp Remains as Passionate as Ever

Even as chef Mike DeCamp’s craft evolves, his love for the profession remains steadfast.

Mike DeCamp was only 14 when he stepped into a restaurant kitchen for the first time as a dishwasher at Latuff’s Pizzeria in a Minneapolis suburb. After that, he never left the kitchen.

“I like the camaraderie, the fun,” DeCamp says. “Having no idea what a regular job is like, it seemed a little more fun.”

His love of being in the kitchen sparked his eventual entrance into the professional culinary world.

At the young age of 17, DeCamp began working at Minneapolis’ revered D’Amico Cucina under the guidance of chef Tim McKee, who would become a great friend and mentor. 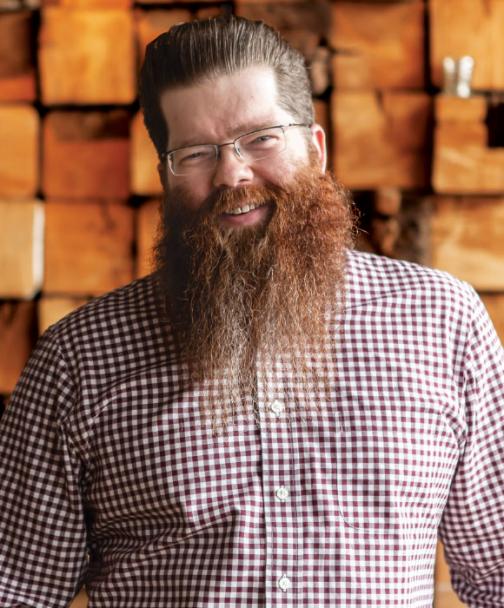 Restaurant industry in a word: Amazing

Chef you’d most like to work with: Aaron Franklin of Franklin Barbecue

Hope for the post-pandemic future: Returning to normal

DeCamp also honed his culinary expertise through stints at other celebrated establishments in the Twin Cities area, including Campiello, Chez Foley, and La Belle Vie, as well as NoMi in Chicago before returning to Minneapolis and eventually becoming the culinary director at Jester Concepts in 2015.

Jester Concepts, whose properties include P.S. Steak, Borough, Monello, Parlour, and Constantine, marked a new chapter for DeCamp. Not only was it a return to his hometown, but P.S. Steak  is actually located at the same location of La Belle Vie, where he had worked for nearly a decade.

Over the years, DeCamp says he has gone from knowing nothing and wanting to know everything to thinking he knew too much and thus being unable to self-edit when it came to putting things on a plate. Now, DeCamp focuses on the challenge of cooking with just a few ingredients.

Although DeCamp has been known to cook unconventional animal proteins like pheasant, venison, and duck, he almost prefers building plant-based menu items. For him, vegetables can present more challenges but also more opportunities for menu innovation. He even played with the idea of opening a vegetable-centric restaurant years ago.

Although DeCamp doesn’t yet have a veggie-themed restaurant, his passion for those ingredients shines through across Jester Concepts, but especially at P.S. Steak and Borough. At P.S. Steak, asparagus is presented with goat cheese cream, cashews, and sumac while broccolini is enhanced by romesco, pine nuts, and anchovy-lemon vinaigrette. At Borough, cabbage takes a fresh turn with kohlrabi, elderflower, mint, and radish.

DeCamp finds inspiration in the seasons and guests’ cravings. He thinks restaurant-goers enjoy consistency but also some creativity. To that end, Jester Concepts walks the line between the restaurants that never change their menu and those that change it every three weeks.

Whether it’s the rabbit torchio or another staple entrée, DeCamp hopes his dishes will always bring the same high quality and consistency for guests time after time.

“They know that they can come back in two years and four years and five years and the dish that they really love, that’s still on the menu, tastes the same as it did when they first had it,” DeCamp says.

Over the past year, chefs have not had the easiest time navigating the pandemic, but one bright spot that came from the struggles were the strong bonds the industry forged.

“We came together more as a community whereas we used to be a group of individuals,” DeCamp says. Chefs came together and bounced ideas off each other in what almost felt like a therapy session, he adds.

The past year was also a time of self-reflection for restaurants, with many leaders rethinking their best practices and refining menus. Off-premises orders elucidated the differences in customer preferences for in-person and at-home dining. Guests may opt for a fancy meal when dining at P.S. Steak but go more casual when ordering to-go.

“We also learned that people don’t like to eat $100 steaks out of a box; that was very telling,” DeCamp says. “But they do like cheeseburgers.”

Despite the ups and downs of the past year, DeCamp remains committed to his life as a chef. He enjoys taking care of people, and he likes that when people come into a restaurant, they can escape and forget about what’s going on outside the restaurant.

“No matter how bad of a day someone might be having when they come into the restaurants, there’s a 90 percent chance that they’re going to leave with a smile on their face,” DeCamp says. Feeding people is one of the most intimate things you can do, he adds, because of the trust guests put in restaurants.

Looking ahead, DeCamp is interested in opening more concepts, maybe even a plant-forward restaurant or a pizzeria.

At the end of the day, being a chef is not just a job, he says.

“It’s like making a piece of furniture, but you get to enjoy it for five minutes instead of for 50 years,” DeCamp says.