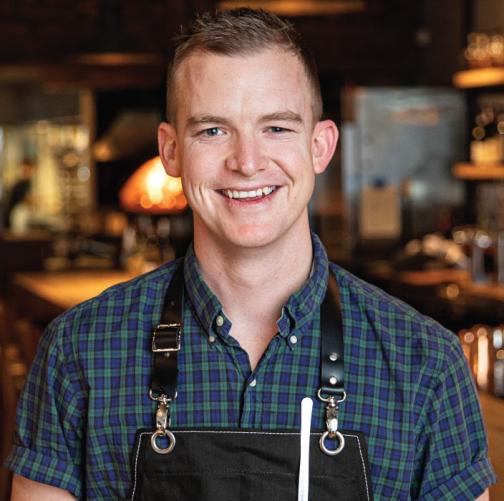 Known for its charm, Charleston, South Carolina, has become one of the Southeast’s most celebrated cities, attracting visitors and transplants alike. Elevated Southern fare and Lowcountry cooking have long dominated the dining scene, but creative chefs are now incorporating global flavors into their arsenal.

Born and bred in Charleston, chef Mark Bolchoz studied at the Culinary Institute of America and cut his teeth working in New York City. He returned to his hometown in 2016, and most recently became executive chef of rustic Italian concept Indaco. Despite the pandemic, Bolchoz says Charleston continues to thrive and evolve.

There were seven of us when I was growing up, so my family didn’t dine out much, but I’ve gathered the food scene has changed drastically since the early ’90s. There are still some people carrying the ‘traditional Southern’ torch, but definitely a lot more variety and cultures represented today.

We’re really focused on building a unique environment that is fun and rewarding, where all of our staff feel heard and valued. That mentality, coupled with a great starting pay, has allowed us minimal issues staffing one of the busiest restaurants here on King Street.

On the Up and Up

I took over on the back end of the pandemic, and honestly it allowed for a positive outlook shift for us. I was able to take a step back and say, ‘Well, it’s only up from here,’ and got to work

Shrimp and grits should obviously be on the top of everyone’s list, but also South Carolina barbecue.

One of the best things about Charleston is how much there is to do in such a small area. It’s walkable with all types of things to experience, from breweries and restaurants to the aquarium and museums.

The dining scene in Charleston is very exciting and evolving nicely. In the past year or two, even despite the COVID pause, we’ve seen a lot of new places open, offering awesome food not previously represented.

How to Market Your Restaurant, Minus the Big Budget
The Cheesecake Factory Rolls Out Gift Card Bonus Promotion
Friendly's to Offer Free Sundae with Purchase from 'Happy Ending' Menu