Award-winning chef Jorge Guzman delights in the artistry and diversity of Minneapolis. 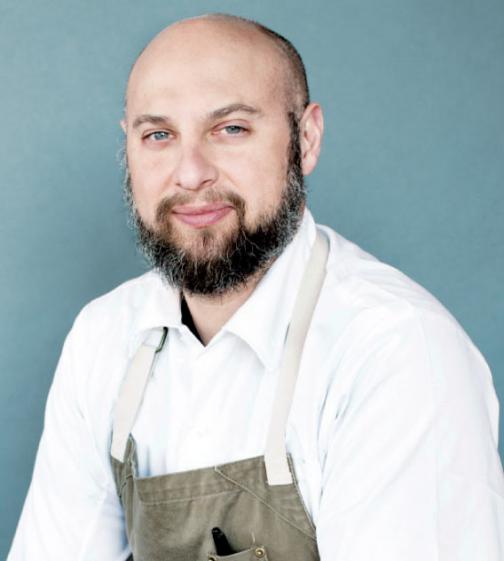 James Beard semifinalist chef Jorge Guzman was born in Mexico, grew up in St. Louis, and spent time in Iowa and New York before planting roots in Minneapolis. Along the way, he has garnered an impressive resume, earning accolades as executive chef at Surly Brewing and as the creative force behind its on-site restaurant, Brewer’s Table.

Though the fine-dining restaurant was forced to close during the pandemic, Guzman will introduce a new global concept, Petite León, in south Minneapolis this fall. Bringing together flavors from Mexico, Spain, France, and more, Petite León is the first restaurant under newly launched Duck Soup Hospitality.

Having lived in several other cities, Guzman has a special appreciation for what makes Minneapolis so special.

We have a strong food community in the sense of using the right ingredients and supporting our farmers. When I was at Surly, I was sourcing from more than 25 farms. Your mom and dad down the street can go to a farmers market and sometimes get the same product we’re getting in the restaurant.

There’s an artisan for everything that you want. [For Petite León], we’re having clay pots made by somebody locally. We’re having a really cool mural painted by a local artist. We want to find somebody to make wooden doors, and we know there’s a guy for that.

For me it’s the Jucy Lucy at Matt’s. There are two patties; you put cheese on top of one of them, put the other patty over it, and crimp it shut. It’s like an inverted cheeseburger. Matt’s is this hole-in-the-wall restaurant in south Minneapolis. It’s the best.

Even though we’re in the North, it’s still a very diverse city. At the corner where we’re opening our restaurant, you’ll hear Spanish or a different language. In our industry, we rely on people from different backgrounds to help us be more creative and to push us to work harder.  Our music scene is also probably one of the best in the country. There are 300–400 events a week.

We’re kind of revolving around elegant, comfort food. That’s what we’re going for at Petite León. That sense where you’re eating more with your heart, your soul, versus your head.