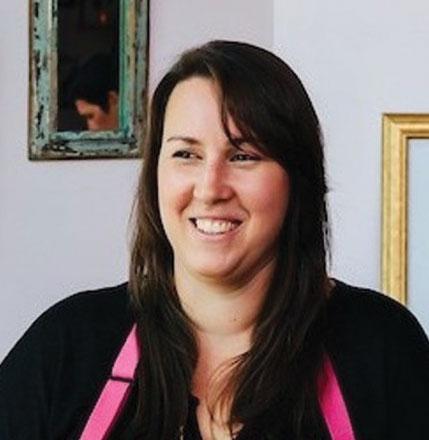 Rustic Roots
(in nearby Shelburne)

You may not guess it given her love for New England, but chef Cara Chigazola Tobin originally hails from California. After a bit of coastal back-and-forth, she landed in Cambridge, Massachusetts, in 2010 where she served as chef de cuisine at renowned restaurant Oleanna.

Longing to put down roots in Vermont, Tobin opened Honey Road along with her business partner, Allison Gibson, in summer 2017. Specializing in Mediterranean mezze, the restaurant was a James Beard Award semifinalist for Best New Restaurant the following year, and Tobin herself has racked up two semifinalist nods as Best Chef: Northeast, too.

For her, Burlington has the Goldilocks appeal—a strong, tourism-driven economy and a nuanced dining scene, but within a small, tightknit community—making it the perfect place for her to call home.

Honey in the land of maple syrup

I chose the name because of a story about this town, Kars, in northeastern Turkey. When the men went to war, the women revived honey-making and the town’s economy—and it was all on this one road. The idea of these women making a business and thriving, that’s what my business partner and I did.

Vermont has something like three tourists for every resident. It’s actually really helpful when we’re on these lists because people seek us out. It also gives the locals a little bit of pride. I want people to know about Burlington and come here.

Maple syrup, of course. Cheese, too. My son has recently been eating Cabot cheddar with maple syrup. I don’t know how much more Vermont you can get.

It’s such a sweet little town. You still get that city vibe, but it’s also so community-driven. It’s the best of both worlds. You can go to some little hole-in-the-wall place or end up at a big farm-to-table restaurant.

Everyone loves to follow the farm-to-table approach. We have a lot of awesome local stuff, everything from proteins to dairy to vegetables. People are even growing saffron now. You can eat quite a bit of stuff without even having to leave the state.