The chef, author, educator, and opera singer has no zero plans to slow down.

Referring to Alexander Smalls as simply a chef would be a disservice to the man who has earned a Grammy, Tony, and a James Beard award over a very multifaceted career. And while his time as an opera singer, author, and chef have each been more successful than most people could dream of, the South Carolina native, who calls New York City home, is just as busy today as he was early in his career.

“I don’t know what slowing down is,” Smalls says.

The chef’s resume includes opening several NYC restaurants such as Café Beulah, The Cecil, and The Cecil’s sister restaurant Minton’s, as well as authoring an award-winning cookbook. Now he’s embarking on a new journey to bring the myriad tastes, sounds, and cultures of Africa to Harlem and London with his latest project, Alkebulan.

Alkebulan is an African food hall concept curated by Smalls in partnership with global hospitality agency TPG International. It debuted last fall in the United Arab Emirates at Expo 2020 Dubai, which ran from October 2021 through March 2022. Alkebulan featured 11 chef-led concepts that introduced visitors to an often-neglected culinary library, namely the foods from across the African continent.

“Despite its rich culinary heritage, African cuisine has been overlooked and underestimated,” Smalls says. “With Alkebulan, we look forward to bringing its diverse and spectacular culinary palates to the forefront.”

The concept was so successful in Dubai that the food hall will remain a permanent fixture in the U.A.E. capital.

Food is only the first course at Alkebulan. The spaces in Harlem and London will also feature art, music, and other facets of African culture. Smalls wants the project to be a vessel for education that helps dispel stereotypes surrounding African culinary traditions.

Beyond making an impact on diners, Smalls envisions Alkebulan as a place where up-and-coming chefs from underprivileged backgrounds have the opportunity to start their own businesses on a smaller scale. His hope is that Alkebulan might also provide mentorship and financial support to its resident chefs. 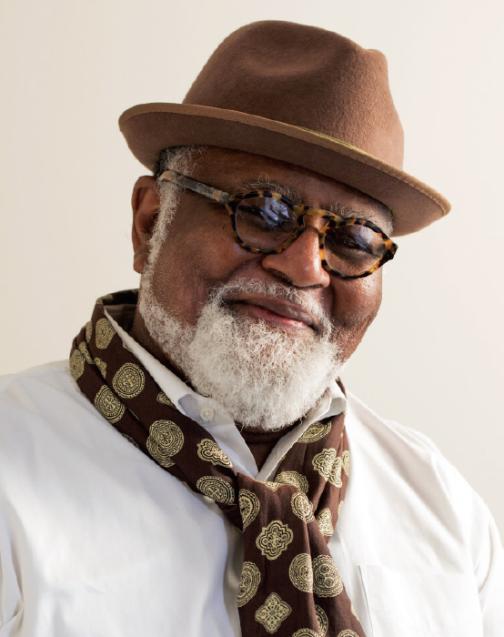 African food in a few words: A sumptuous plate of history

Hope for the industry: To become sanctuaries for communities

Chef you’d most like to work with: The late Edna Lewis (chef, author, and educator)

“My whole career is about: teach one, bring one,” Smalls says. For him, it’s imperative that successful individuals leave the door open for those following in their footsteps. “There’s a lot of ground to be covered,” he adds.

Although the Alkebulan concept only materialized recently, Smalls says the food halls are the end result of a project he has been developing his whole life.

Growing up in Spartanburg, South Carolina, Smalls says his family used food as a means of bringing everyone together. “It was the centerpiece of who we were,” he says.

Even though food was an inescapable part of his childhood, he says he rarely, if ever, heard people talking about the African American culinary experience as “part of the language of cooking.”

“I never heard people talking about my food,” he adds. “So, when I transitioned from singing opera music and decided that I wanted to be a chef, I wanted to make sure the food of my ancestry and my upbringing, my culture, was given the respect and the regard that other culinary disciplines received.”

Smalls spent the early part of his adulthood studying opera at several institutions such as the University of North Carolina School of the Arts and the Curtis Institute of Music in Philadelphia. As a member of the Houston Grand Opera he performed in George Gershwin’s Porgy and Bess, which earned Grammy and Tony awards in 1977. He continued to develop his passion for opera and food while living in France and Italy before returning to the States.

This passion led Smalls to open Harlem’s Café Beulah in 1994, which he describes as the first fine-dining African-American kitchen in New York City. The restaurant received positive reviews and was considered a harbinger of what the chef calls the Southern revival cooking revolution that was taking place in NYC.

Smalls, who himself has an old-time movie star air about him, says celebrities like Oprah, Aretha Franklin, and Julia Roberts, were regulars back in the ’90s.

Café Beulah was only open for three years, but it sparked Smalls’ curiosity. From there, he endeavored to learn how he could better educate the public about African American cuisine and its history.

Smalls took a hiatus from the restaurant industry during the early part of the 2000s to refine his perspective of the culinary traditions that were birthed by the African diaspora. Smalls says he set out to follow the route of the transatlantic slave trade to learn how “Africa changed the global culinary conversation on five continents.”

Eventually his travels led Smalls back to the culinary scene in New York where he opened The Cecil in 2013. Described as an Afro-Asian-American restaurant, the menu focuses on how African traditions have impacted the cuisines of America and Asia. Just a year after opening, The Cecil was named Best New Restaurant in America by Esquire.

Today, Minton’s is a high-end dining establishment with dishes that spotlight Smalls’ commitment to Southern revival and African-inspired cuisines. Baby back ribs served with sweet plantains show off his ties to the South, while the lamb dibi, a popular Senegalese dish of roasted lamb, mustard, caramelized onions, and yellow rice, illustrates his affinity for the flavors of Africa.

More recently, the opera singer–turned–chef has been recognized for his efforts as an author. Smalls was awarded the James Beard Award in 2019 for Best American Cookbook for Between Harlem and Heaven, which focuses on the Afro-Asian American cuisine that inspired the menu at The Cecil.

The development of Alkebulan is keeping Smalls busy. He regularly flies to Dubai to check on the original, and he and his business partners are hashing out the plans for the London location. But these passion projects haven’t stopped him from dreaming about the next best medium to promote the culinary traditions of his ancestry.

“One day I’d like to have a boutique farm resort,” Smalls says. “There is a huge movement of African Americans returning to farming, and that’s really important. I’m going to be a part of that conversation.”