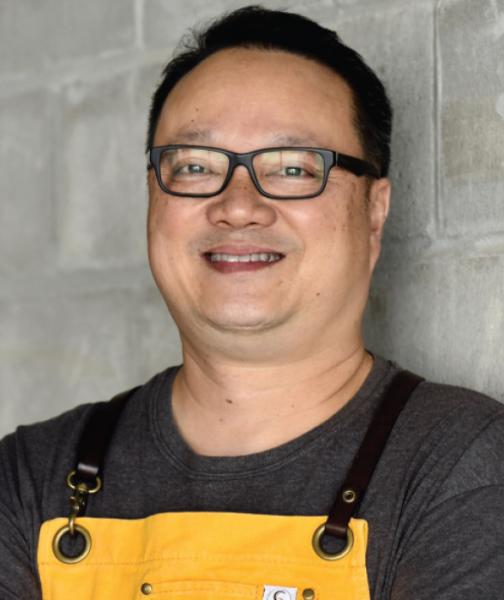 After four years as a single-unit operator, Houston-area chef Alex Au-Yeung is opening a second location of Phat Eatery. The funky, Malaysian street food–slinging concept recently earned him a spot on the James Beard semifinalist list for Best Chef: Texas. The new outpost in The Woodlands, Texas, will feature much of the same menu, but at 7,800 square feet, it will seat more than twice as many guests as the original.

While Au-Yeung is holding close to the cuisine that made the original such a hit, he’s also expanding Phat Eatery’s menu with Chinese barbecue, more dim sum offerings, and lunch options like bian dang, which is inspired by Japanese bento. FSR caught up with Au-Yeung ahead of the opening to get the scoop.

One of the reasons we chose The Woodlands for our second location is because we have a lot of oil and gas industry people as guests. Our original location is very close to the energy corridor of Houston. There’s a lot of guests who, because of the industry, used to live in Singapore and Malaysia. Because of that, they know the cuisine very well.

The Woodlands has even more oil and gas industry offices, so it just made sense for us to expand there instead of coming into town or going to the central business district.

Our original Katy location started at 2,000 square feet, then we expanded next door to make it 3,000 square feet, and we just expanded again two months ago to add another 1,000 square feet. We have a lot of guests who actually drive 45 minutes from The Woodlands to Katy to dine.

Chinese barbecue is something I have always wanted to do. We don’t have it at the Katy location; our space is not really built for that. So at The Woodlands location, there’s no other Chinese barbecue in a 30-mile radius. Dim sum is another thing. Traditional dim sum is popular in Malaysia and Southeast Asia. We have some dim sum items in Katy, but we’ll expand with a bigger menu in The Woodlands. We will also still be open for lunch and have specials on the weekdays for office people around there.

Whether it’s your first restaurant or your third, I think the most important part is to have a professional real estate broker who specializes in restaurants. This is the No. 1 thing I always tell people: Don’t see a sign and call that number and talk to the landlord.

I’ve seen a lot of restaurants with great operations, great chefs, and great service fail because of the lease that they did not negotiate correctly.