Family is the bedrock of Dae Gee Korean BBQ.

Young entrepreneur Joe Kim hopes his brand can ramp up expansion and reach an average of 10 openings per year.

Joe Kim had no foodservice experience when he opened the first Dae Gee Korean BBQ in a Denver suburb 10 years ago. What he did have was a proven track record in the small business sector.

“It’s a crazy story and every time I tell it, people are kind of blown away because when I first started, I’d never worked in a restaurant, never served, never bussed, never cooked in my life,” Kim says. “I grew up in small businesses, whether it was a market, gas station, or retail shops. I did a dry cleaners right before the restaurant for about eight years, and so I’ve always been business-savvy. … I knew that aspect, and I knew customer service.”

He describes his mindset as, jump in now and figure things out along the way. But this self-assessment does not give Kim his due credit for shaping a brand that, from the very start, had the legs to go the distance. At the time, he recognized Korean fare as a largely untapped category.

“If someone were to ask me 12 years ago, ‘Hey, let’s start a hamburger or pizza place or some random restaurant,’ I would say no. That’s just way too competitive,” he says. “I think the draw for me was that it was a combination of the restaurant being a business opportunity, but also because it was specific to Korean food.” 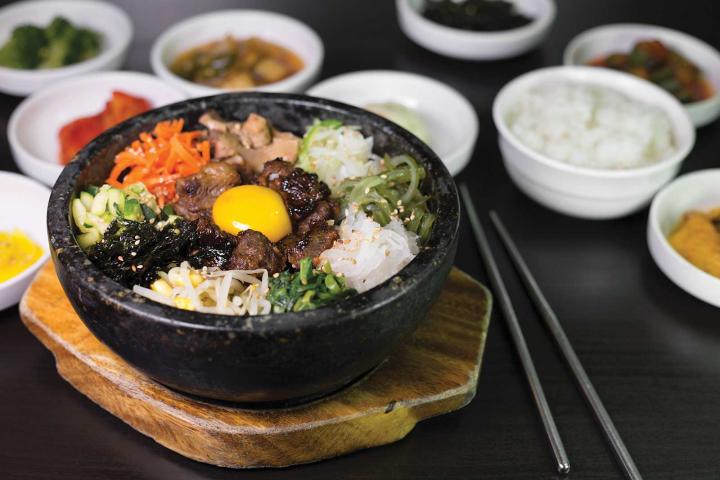 In addition to korean barbecue, bibimbap is a menu staple at Dae Gee Korean BBQ.

And that’s where his mother-in-law came in. Like Kim, Nam Hee Kim is Korean-American, but unlike her son-in-law, she’s a seasoned cook and even owned a restaurant in the 1990s. So while Kim tended to branding, business permits, payroll, and other operational details, Nam Hee developed the menu, which includes premium proteins like Sam Gyeob Sal (pork belly) and Joomulruk (boneless beef short ribs) that guests can cook at their tables. Beyond barbecue, Dae Gee, meaning “pig” in Korean, also serves customizable bibimbap, appetizers, entrées, and sides, including a variety of house-made kimchi, which are fermented anywhere from two to six weeks.

Kim says that like so many first-generation immigrants, Nam Hee cooks by intuition and approximations rather than set measurements. But with growth in mind, those recipes have become more standardized—it’s even more crucial given the amount of prep that goes on behind the scenes.

Although it’s not uncommon for family members to go into business with one another, people rarely team up with their in-laws—and Kim says it’s even more taboo in Korean culture.

“My mother-in-law and I have a phenomenal relationship. We fight quite a bit, but at the same time, we’re very open about that. Business is business, and family is family,” he says. “We both have the same mindset. We want to be successful, and we want to accomplish certain things.” 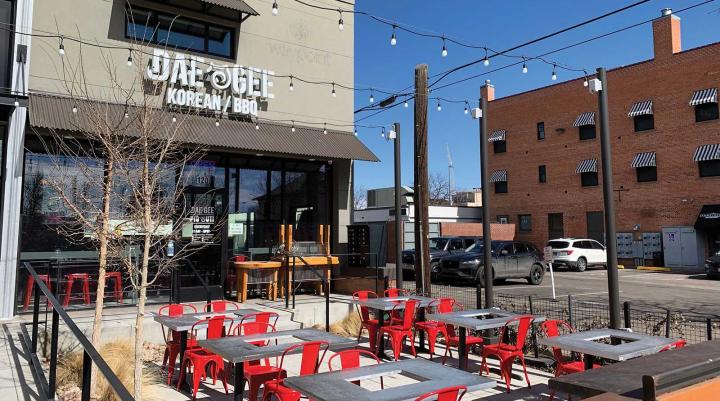 Just as family is the bedrock of the Dae Gee concept, it’s also serving as a guidepost for future expansion. Earlier this year, the restaurant signed its first franchise agreement for two units in Amarillo, Texas. That deal was largely due to happenstance (a local business owner reached out to the brand), but Kim is targeting another market in particular.

“The reason we decided to register in Hawaii is because my wife was born and raised on Oahu, and so we have a lot of ties to the island,” he says. “Korean barbecue is very popular there as well, and so we thought it would be a good fit, but I also think it’s personal reasons for wanting more excuses to be on the island.”

This focus also coincides with an internal shift for the Dae Gee founder. In addition to the brand reaching its 10-year mark, Kim will hit a milestone of his own when, later this month, he turns 40. Looking ahead to the next decade, he hopes to see Dae Gee ramp up its expansion, eventually hitting an average of 10 new units per year. The infrastructure is in place, the brand is ready, and so is Kim.