Restaurant brands can boost sales, support their community, and encourage team building and job satisfaction by engaging in philanthropic causes.

That was the message of a webinar hosted by Share Our Strength on June 13. The webinar focused on altruistic causes that can drive sales for franchisees and the brand overall. 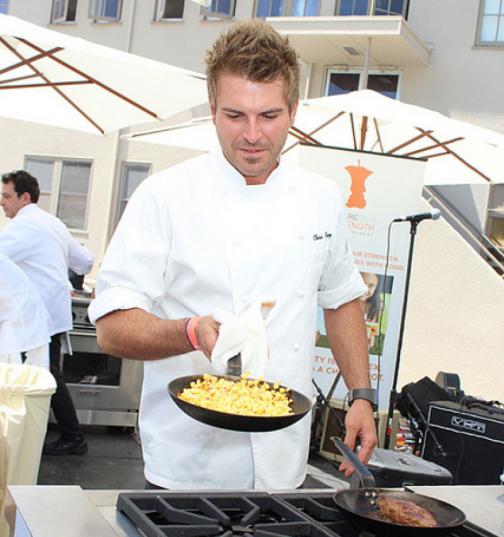 A chef at Share Our Strength's 2012 Taste of the Nation in Los Angeles.

“Aligning with a cause is critically important,” says John Miller, CEO of Denny’s Corp. and a speaker in the webinar. “People want to be part of an aspirational, with-the-times organization. They’re not going to feel very gratified­—and I would say very engaged, for that matter—if you’re an organization that doesn’t have some sense of social responsibility.”

According to the webinar, charity promotes goodwill; enhances employee satisfaction, which helps retention; and allows management to blend fundraising with business objectives. Further, philanthropic promotions are easily customizable to the brands’ needs.

The webinar specifically discussed why a brand might consider joining Share Our Strength’s Dine Out for No Kid Hungry. Dine Out is a national, week-long event during which restaurants fundraise while raising awareness about childhood hunger. This year’s Dine Out will be September 16­–22.

One of the benefits of engaging with Dine Out, Bennett says, is participation is completely flexible; restaurants can design their own promotions or use the tools Share Our Strength offers. Brands also benefit from Dine Out’s national PR campaign, which features actor Jeff Bridges, and a nationwide Google map that points diners toward participating restaurants.

Denny’s joined Dine Out in 2011 with 747 participating locations, slightly more than half of the system. Each location received 350 coupon books with five $1 coupons to be sold for $3.

“When we approached [franchisees] and said, ‘Look, this is important not just for Denny’s, but for the restaurant industry overall [and] also for our country, many of them stood up and certainly wanted to participate,” says Bill Ruby, vice president of field marketing for Denny’s Corp. and a speaker in the webinar.

In all, Denny’s raised $273,000 for Dine Out in 2011. Ruby says expectations will be higher this year, in terms of both system participation and total fundraising.

Biden Changes Paycheck Protection Program to Aid Small Businesses
Cheesecake Factory Restaurants are Making $5M Per Year on Just Takeout and Delivery
For Denny’s, ‘More and More Appetite’ to Get Back to 24/7 Service