Quaker Steak & Lube is about as classic as it gets.

Why Quaker Steak & Lube is Back from the Brink, and Better Than Ever

Out of the depths of bankruptcy, the classic American chain is reenergized and ready to grow again.
August 2017 Danny Klein

It wouldn’t be misguided to call Quaker Steak & Lube a cult brand. For more than 40 years, American diners have turned their cars and bikes into the buzzing green restaurant, expecting to see classic rides, a vibrant atmosphere, and plenty of wings on display. But that didn’t save the 50-unit chain from nearly becoming history itself.

In November 2016, Quaker Steak & Lube began proceedings for reorganization under Chapter 11 of the U.S. Bankruptcy Code. Its parent company, Lube Holdings, filed a statement listing liabilities between $1 and $10 million owed to a wide range of 200–999 creditors. One of which, Wells Fargo Bank, claimed the company defaulted on $4.3 million worth of commercial loans and hadn’t made a payment since August of the previous year.

Yet at the same time, Quaker Steak & Lube revealed that TravelCenters of America agreed to acquire the chain for about $25 million. So many details of the deal made sense.

TA restaurant Group, a division of TravelCenters of America, had the weight of an industry giant at its back. The Fortune 500 company is a multi-unit, multi-brand franchisee and franchisor for more than 850 concepts.

Beyond that, the two parties just felt like matching suits tailored for the same customer.

If someone was going to resurrect the classic chain, which began in 1974 with a 1936 Chevrolet showcased on the original hydraulic grease rack, it was going to be this outfit.

But just because the dynamics and numbers lined up, didn’t necessarily mean it was going to be easy. “I wish I could say it was seamless,” says John Ponczoch, the SVP of foodservice operations for the TA Restaurant Group. “It’s tough. You’re pulling a company out of bankruptcy.” 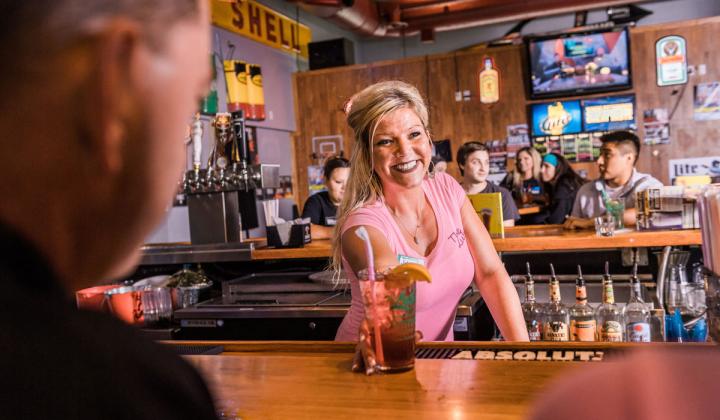 There's no question Quaker Steak & Lube is revered by its loyal guests.

While Ponczoch admits there is still plenty of work to be done, Quaker Steak & Lube is back from the brink—and, in the company’s explanation, better, and more scaled to grow than ever before.

TA Restaurant Group poured about $5 million into capital improvements for the brand. This ran the gamut from infrastructure improvements (flooring, fire codes, electrical, and so on) to new chairs, tables, TVs, restrooms, plateware, floors, and sound systems. They refurbished 15 company-owned locations. Internal operations were also boosted through an upgraded POS system.

“There were a lot of needs structurally that had to be done to get the brand up to an image that we wanted to operate. But we’re not done with that piece yet,” Ponczoch says.

In truth, the food quality has never been an issue at Quaker Steak & Lube. “Best Wings USA” and its wide range of sauces plates more than 30 million wings a year, the brand says.

This left Matthews with a somewhat thin line to walk. One of Quaker Steak & Lube’s greatest strengths was also tethering its progress in place. There were parts of the menu, while recognized and beloved by certain guests, in need of a second look.

“There are always those dozen customers within the brand who like that product and they seem to be the most boisterous. At the end of the day if the product is not selling, any business is going to take it off the shelf and try to develop something that will sell,” Ponczoch says. “It’s always a struggle going through that process. Our hope is that we can put new products in front of old guests that resonate with them and, at the same time, draw new customers.”

When Matthews first took over, the team conducted a review of the product mix and gathered guest and franchisee feedback. Extending beyond the brand’s loyal base, but not distancing itself from them, was the goal.

Incorporating international spices and trending flavors was one change. And this extended into salads and entrées, not just sauces. Pretzels were taken off and Bavarian pretzels with house-made beer cheese added. A current limited time offer showcases Coffee Crusted Bourbon Glazed Pork Loin and the Stop-Light Grilled Chicken Sandwich, a flame-grilled chicken breast topped with Cheddar, caramelized red pepper, red onion, and pineapple, and finished with Smoked Jalapeno Honey sauce. On the drinks side, the Jameson Peach Smash with Jameson whiskey, peach puree, and the chain’s Lemon Sour Mix is being featured.

This theme is directing other changes as well. Quaker Steak & Lube hired Tesser, a San Francisco-based brand strategy and design firm, to help revamp the image—externally, internally, and publicly—of the organization, which has 16 company and 34 franchised stores across 16 states.

“I think we’re a couple of months away from finalizing that design. At which point we’d put this to test in one of our corporate sites and prove the new design, the new look, both from an exterior, interior element, and see how it drives business,” Ponczoch says, adding that it’s still too early to share exact details.

There’s no question, though, changes were needed. Ponczoch says it was clear early on that Quaker Steak & Lube hadn’t spent “any dollars in a number of years on capital improvements.”

“The idea is for us to have a better street presence,” he says. “These buildings were all built from the 70s forward. Most of them in the 80s and 90s and there was no money put into the infrastructure or look of them. Most of the brands out there are constantly looking to adapt and change as the customer changes. Nothing had been done with the Quaker Steak & Lubes to keep up with that.” 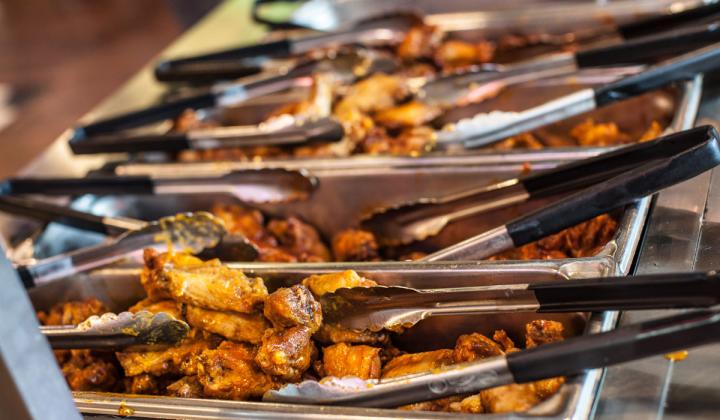 That street presence touches on what truly makes the brand special. Ponczoch says the goal is to create an image with attraction-quality appeal, where people drive by and want to drive in to see what’s happening at the Lube.

What separates Quaker Steak & Lube from its casual dining peers, Ponczoch says, is the entertainment factor. The units are designed specifically for that purpose, with multiple bars and, in some cases, built-in stages. Those that don’t have them usually have portable options. Expansive parking lots fit for bike and car shows are also a norm.

“Interestingly enough, more and more companies are trying to get into entertainment and events and coming up with a lot of different ways of entertaining their guests. Quaker Steak & Lube has a history of this. We’re redefining the whole entertainment aspect within the company,” he says.

Quaker Steak & Lube is also very active with community events for charity and involved with some national campaigns.

“Our motto is, ‘There’s always something happening at the Lube.’ It’s not your typical restaurant because we have so many events and concerts and shows,” Ponczoch says. “There’s constantly something happening. It can be something as small as trivia happening within the site to large events that draw 800–1,000 bikes or cars.”

While the company is still bolstering operations, it is also looking to grow. Ponczoch says the company is looking for franchise partners who understand the commitment of the concept and its unique entertainment-driven atmosphere. Multi-unit operators with multi-brand experience are ideal.

Quaker Steak & Lube is closing in on another announcement as well. The company’s Express model, a counter-service format that will pop up in the TravelCenter’s buildings will be nimble and able to grow in strip malls, universities, airports, and other non-traditional locations. Ponczoch says they expect one to open by the end of the year and sees it as a great growth vehicle for area agreements looking to fill out the map.