Buffalo Wild Wings has plans to become the esports leader in casual dining.

Why Buffalo Wild Wings is Betting Big on Esports

The casual dining chain has a plan to attract and represent one of the country's most fervent fanbases—video game professionals—thanks to a partnership with Team Dignitas. Call of Duty and wings anybody?
November 2017 Danny Klein

A company trip to Madison Square Garden in the fall of 2016 left an impression on Bob Ruhland, the vice president of marketing at 1,200-unit Buffalo Wild Wings. The World’s Most Famous Arena was packed to the rafters with people watching other people play video games. “It was so compelling for me,” Ruhland says. “It was so important that we had a chance to see this because it really showed not only how large this audience is, but how valuable it is. You could see how engaged and passionate they were about that sport.”

In May of 2016, Buffalo Wild Wings sponsored Turner’s Eleague, a move Ruhland says drew esports fans into its restaurants. But that was really just the chain dipping its wing into the water. This past October, Buffalo Wild Wings announced a partnership with Team Dignitas, an internationally recognized esports organization. This decision was fueled by in-house discussion and a survey of the esports landscape. 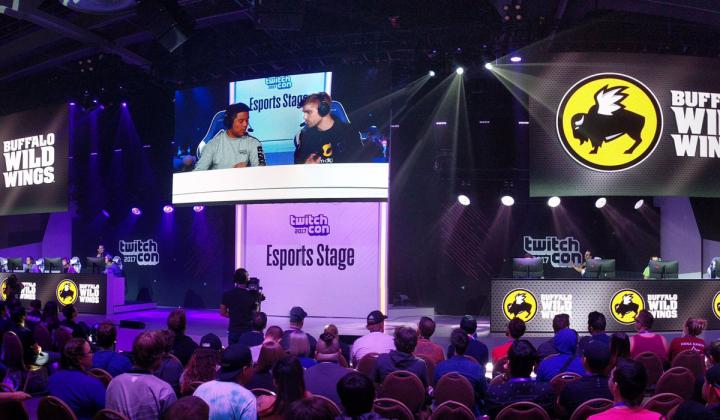 Buffalo Wild Wings and the team presented an amateur League of Legends tournament at TwitchCon in October.

“It was basically an opportunity to communicate with what we thought was a under-represented group of individuals within casual dining,” Ruhland says. “Based on all the information that we had gathered at that point in time it was a growing population. It was a very influential population that was really looking for a place they could gather outside of the home.”

Whether or not some people view esports as an actually sport (ESPN has a site dedicated to its happenings online) is a shortsighted angle, Ruhland says. He says Buffalo Wild Wings wants to be a sports fan’s biggest fan. “If you really take a look at what falls into being a fan of sports, it’s all sports. It’s traditional sports. It’s esports. Its non-traditional sports. And it really comes down to competition—competition and people who are engaging in competition. We see that all as a part of our audience. It’s part of our fans and customers who go to Buffalo Wild Wings.”

The brand’s logo is now on the sleeve of Team Dignitas jerseys. In fact, the branding is everywhere, whether it's at events or online. Players will make appearances at restaurants, and Buffalo Wild Wings plans to offer exclusive content built around the team. The monthly events, similar to the live stream event, will be a continuous process as well.

What exactly is Team Dignitas? It’s a United Kingdom-based organization founded in September 2003 whose goal “is to further develop our reputation as one of the best and most professional gaming teams in the world,” according to its site.

It is also part of the recently formed Harris Blitzer Sports & Entertainment holding group, an organization that included the NBA’s Philadelphia 76ers and the NHL’s New Jersey Devils.

Ruhland says that made Team Dignitas an even more desirable partner.

“I think due to their association with the 76ers and professional sports, I think it offers another layer of authenticity and elevates it as well,” he says.

Buffalo Wild Wings is just scratching the surface on what this partnership will entail, as well as what future esports opportunities it might want to jump on.

“The newness of Buffalo Wild Wings being in the esports and gaming arena, our ability to kind of morph and change as our business model changes is important to us. Working with a team like Dignitas, it has a lot of legs and different things we can do to activate around it. It is a perfect partner for us,” he says.

Buffalo Wild Wings revealed a promotion in late October built around the anticipated release of Call of Duty: WWII. From October 24 to November 30, Buffalo Wild Wings’ Blazin’ Rewards members could obtain and redeem codes for double multiplayer experience points in the new installment of the blockbuster first–person shooter franchise. To obtain those codes, fans had to be enrolled in the chain’s loyalty program—a pool of more than 3 million people. 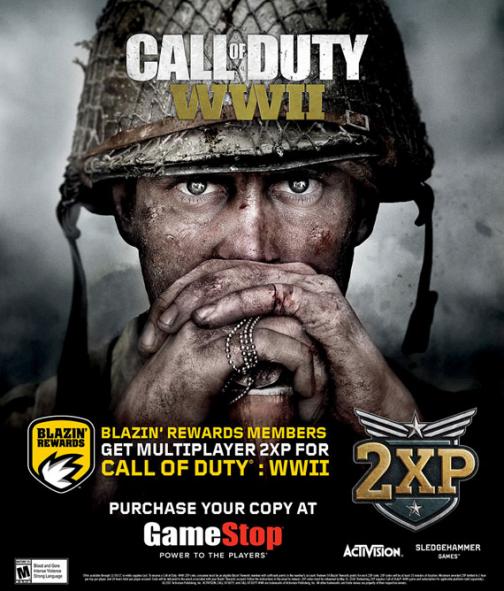 Call of Duty points for Buffalo Wild Wings loyalty members? Yes, the chain did that, too.

The idea here was multifaceted, but it all centers on building an experience and driving traffic. If someone joined Blazin’ Rewards for the Call of Duty points, is there an increased chance they’ll head to Buffalo Wild Wings to eat and check out the other perks of the program?

“To really be able to test our ability to drive engagement through loyalty was an opportunity we couldn’t pass up,” he says. “I think when you talk about our various stakeholders, you have corporate; you have the board of directors; you have our franchisees; you have our operational friends on the company side. To have the opportunity to show how this is actually driving traffic and engagement through those codes was really important for us. And we felt like it was the right time in our history with esports and gaming to do something that has a traffic-driving element within the restaurants.”

Ruhland adds that Buffalo Wild Wings remains a restaurant chain dedicated to “feeding fan passion.” What that means exactly is becoming a more complex equation by the day. Just tossing up a football package on Sundays is no longer a comprehensive strategy.

Looking down the line, as well as the current saturation of esports around the world, Ruhland says adding esports to the restaurant’s portfolio can only broaden its ability to reach and impact its core guests. Not to mention onboard some new ones.

“We try to zig when everybody else is zagging. We try to do something a little bit different to differentiate the brand and try to be authentic with the kind of role we feel we now play with sports fans,” Ruhland says.