Why are So Many Restaurants Going Bankrupt?

Could we see a massive reduction in restaurant locations in the next few years?
March 2019 Gary M. Stern

In recent months and years, the restaurant industry has seen its share of bankruptcies, including, but not limited to, filings from Bertucci’s, Logan’s Roadhouse, Real Mex Restaurants, fast casual Noon Mediterranean, Romano’s Macaroni Grill, Scotty’s Brewhouse, Ruby’s Diner, and Iron Chef Jose Garces. Bankruptcies aren’t anything new in the industry, but they’ve been proliferating at a rapid pace, compared to more sporadic declarations 10 years ago.

“The industry is saturated with restaurants,” says Darren Tristano, CEO of Foodservice Results, a Chicago, Illinois-based restaurant research firm. Because of this overbuilding of full-service dining eateries, even once successful chain restaurants are grappling with declining traffic.

“If they can’t raise prices, it’s difficult to stay viable,” Tristano adds. Many of the chains turning to bankruptcy are “on the bubble. They’re struggling with debt and loans. They can’t afford to remodel, and they lack the ability to innovate around the menu,” he says.

Several factors have been driving this spate of Chapter 11’s, says Dave Bennett, the Houston, Texas-based CEO of Mirus Restaurant Solutions, a restaurant software specialist. “There’s been an abundance of inexpensive money that people have dipped into, and now that interest rates have started to go up, they have to write debt at a higher interest rate,” he says.

Ten years ago, Bennett says, the restaurant industry was booming, and chains needed to expand to meet consumer demand. That demand has trailed off, as restaurant traffic dipped due to an increase in third-party delivery companies and heightened competition from prepared dinners at various supermarkets like Whole Foods Market, Trader Joe’s, and Kroger.

“We’re in a zero sum game. For every restaurant that opens, we close one." — Dave Bennett, CEO of Mirus Restaurant Solutions.

Too many full-service eateries haven’t quickly adapted to delivery, and that’s contributing to the rash of bankruptcies, Tristano says. “It’s not in their DNA to do delivery. They don’t understand packaging and logistics. Their mindset is full service at the table,” he says, pointing to Chili’s as an outlier that has ramped up delivery and boosted revenue.

“We’re in a zero sum game,” Bennett adds. “For every restaurant that opens, we close one,” he says. In this tight restaurant environment where competition is stiff, “If you make a mistake, you can’t recover.”

Saddled with high rents in retail malls, strip malls, and high traffic locations, restaurant chains are riddled with expensive leases, declining customers, and high costs. “The industry is caught. I could almost see it splitting into two industries: retail-focused and convenience, where the food is brought to you,” Bennett says.

Because of the emphasis on delivery and the lessening need for sit-down eateries, Bennett sees a significant 15 percent reduction in restaurant locations in the next few years, which could eliminate 100,000 restaurant sites.

Declaring Chapter 11 for restaurant chains enables them to lessen their debt, restructure leases, and hold off some creditors. Chains look to “eliminate or write down bad decisions,” Bennett says bluntly.

For example, many chains that built restaurants for seating capacity of 300 people and are paying pricey rents are now serving 150 customers a night, and therefore need to restructure leases to stay in business, Bennett says. Several chains have declared bankruptcy two or three times, leading him to say, “It’s not their first rodeo.”

Having reduced their debt, many chains bounce back. Bennett says chains recover from bankruptcy most often due to better “blocking and tackling, going back to their menu, simplifying, and training.”  Inevitably success stems from ensuring staff is motivated, customer service improves, and employees are on board with the new operational focus. All that leads to customers returning a second and third time.

One factor that often leads to bankrupt chains turning their fortunes around is a change in CEO and executive leadership, Tristano says. “The new leaders are often more successful players in the game and it allows them to think differently and do new and exciting things that haven’t been done before,” he says.

The new CEO scrutinizes all costs, including advertising, research, and staffing. Yet one mistake that Bennett sees happening repeatedly during bankruptcy is chains don’t cut enough costs, reduce enough locations, and curtail staff. “Too many chains come out of bankruptcy with too much debt,” he says. They need to be ruthless in cutting back expenses. 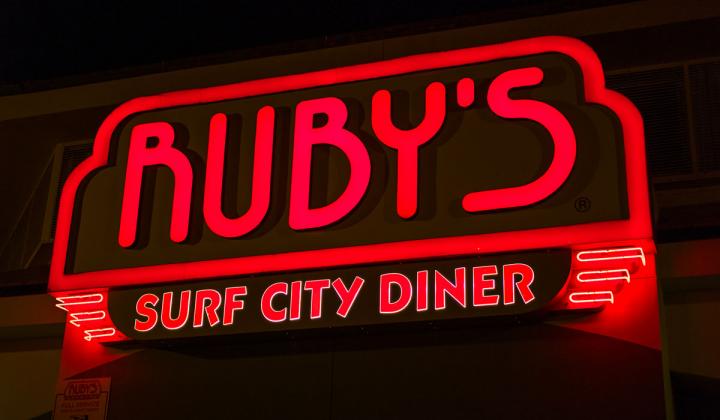 But it’s not just finances that riddle these troubled chains. “If you approach bankruptcy as just a financial play, you probably won’t succeed. It has to be accommodating a new operational strategy for the brand,” Bennett says.

Creating a new culture in the restaurant chain contributes to bouncing back from bankruptcy. The leaders must “start rallying the troops. If they don’t execute, customers will experience something dull and not come back,” Bennett adds.

Robert Earl, the Orlando, Florida-based owner of Earl Enterprises, which operates several restaurant chains, including Planet Hollywood, Buca di Beppo, and Earl of Sandwiches, has seen bankruptcy from many vantage points. For example, his Planet Hollywood chain declared Chapter 11 twice and bounced back each time.

In June, Earl Enterprises swooped in and acquired Bertucci’s, a chain of 38 pizza and pasta eateries that debuted in Somerville, Massachusetts, 37 years ago, for $20 million. It had declared chapter 11 in April 2018.

Earl, a savvy entrepreneur and former Cooking Channel host, noted that Bertucci’s saga mirrored many other restaurant chains in Chapter 11. “It had changed hands several times, the owners had lost their way, and had changed the brand and the concept,” he says. 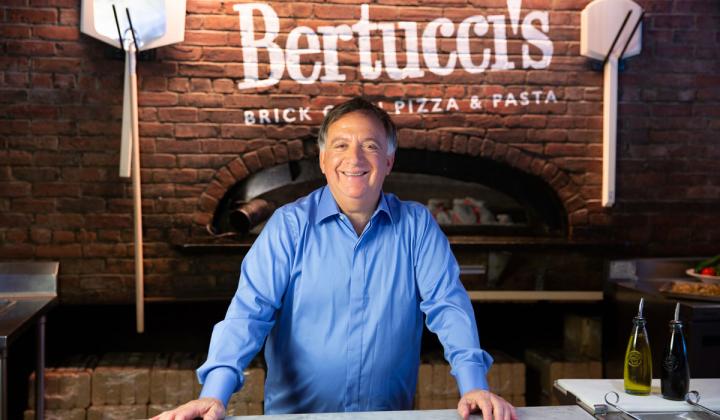 Robert Earl says Bertucci’s “was a brand that wasn’t tarnished in ways of other brands. It was a 37-year-old chain that had just been forgotten."

But in other ways, Earl noted that Bertucci’s lapsing into bankruptcy isn’t a classic case. It’s a pizza business, and most sit-down chains have encountered problems because they haven’t kept pace with the speed of service that most millennials and others crave in 2019. Bertucci’s doesn’t have that issue. Sit-down eateries were losing out to fast-casual restaurants that offered value and speed, he says.

Declaring Chapter 11 enabled Bertucci’s previous owners to provide a “protective measure that allows you to stop, look at the business, look at your indebtedness, and try to make a decision on how the company can get back on a solid financial track,” he says.

Acquiring Bertucci’s appealed to Earl because its pizza and pasta business mirrored “the space we trade in,” referring to his helping Buca di Beppo regain its footing.

Bertucci’s, he says, “was a brand that wasn’t tarnished in ways of other brands. It was a 37-year-old chain that had just been forgotten. People didn’t have bad experiences there. And if you ask most people in the Boston area, they’d say, ‘I love Bertucci’s, but I hadn’t been there in years.’”

The role of Earl and his team was to reignite its culture, reestablish why people used to go there regularly and reinvigorate it. “In my view, you stay with the brand that people are most familiar with,” he says.  Since Bertucci’s was recognized for gourmet pizza—before it became trendy—Earl wanted to return to that as its signature dish. Earl based Bertucci’s mission on establishing three values: value, quality, and variety.

And yet Earl is proceeding cautiously, evaluating what’s working and what’s not, and staying tuned in to customer’s reactions. He’s operating, like a doctor, who wants to know everything about a patient, before he offers solutions. “We’re a work in progress right now,” he says. He acknowledges that some “menu engineering” is taking place, since menu items that most customers ignored were being eliminated.

Ironically, Bertucci’s paid little attention to delivery, counter to what most traditional pizza eateries focus on, and Earl sees strengthening that segment as a way to boost revenue.

In the next two years, Earl envisions that Bertucci’s will see “higher profitability of the existing portfolio, and develop a new flagship outlet in the Boston area and some geographical spread,” he says, suggesting it could be opening some new outlets.

If bankrupt restaurant chains want to bounce back, the most effective steps, Tristano says, are: One, change the leadership to reinvigorate the brand; two close as many underperforming restaurants as possible; and three, re-evaluate the menu, price points, ingredients, and cost structure.