The 'Bulldog' was in development before the pandemic. 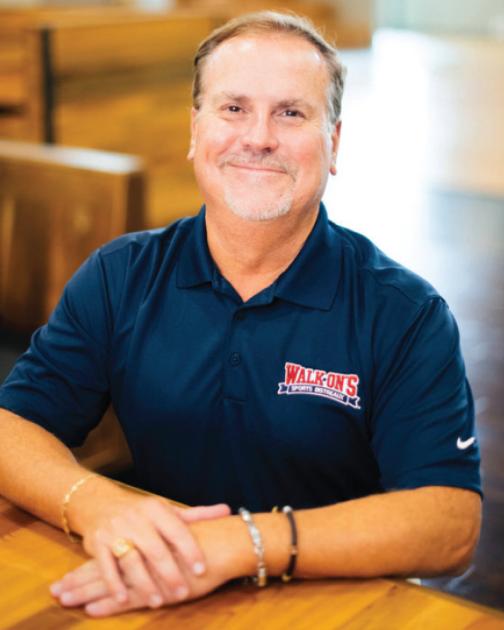 Like so many restaurants, Walk-On’s had to close its doors for a period in 2020. Still, it moved forward with expansion plans—even though that meant opening with limited dine-in or to-go-only at some new locations. But the NextGen Casual had an ace up its sleeve: a new prototype, the Bulldog, which had been in development prior to the pandemic. The first location opened last summer and quickly proved well-suited for the surge in off-premises business. Walk-On’s had to tweak some elements, but brand president and COO Scott Taylor says the end result has the brand prepared for a future where takeout remains strong and real estate is at a premium.

The Bulldog is model No. 5. Our generation one—there are probably 20 of those—is a great building at about 8,200 square feet, but the cost was getting higher. Since then, we’ve developed different prototypes. We started working on the Bulldog before the pandemic with the goal of getting the building down to 7,000 square feet.

When we opened the first Bulldog, we were able to have dine-in without real limitations on it. The first one opened in Lakeland, Florida, late last summer, and we have another one under construction in Starkville, Mississippi. We dubbed it the Bulldog because it was supposed to debut in Starkville, home of the Mississippi State Bulldogs.

When you go that much smaller, you lose seats. So we didn’t know if we were going to be able to do the volumes. Then, boom, the pandemic happens. We’re down 90 percent in sales almost overnight when we had to close the dining rooms. But what we found when we were able to open up to 25 percent capacity was we didn’t need all those seats. We were able to generate the same volume with a smaller footprint. It really put some fuel behind the Bulldog.

I think you could do 20–30 percent takeout at Bulldog, just with the way the design and the staging area are. So that is a goal of ours as a company. Even in the ones that aren’t Bulldogs, we’ve expanded what we could in that takeout area to mimic what we’re doing with the Bulldog. I don’t see us building anything else. It’s less expensive from a design standpoint; it doesn’t require as much steel, and steel is a precious commodity right now. We’re getting permits in a couple different markets now with Bulldogs.

If you haven’t gone back to it yet, you need to look at your model in terms of off-premises sales from third-party delivery, traditional carryout, and curbside because it’s here to stay. I would recommend setting it up where it’s in a position or a location in your building that’s convenient for the kitchen from an operational standpoint.