Dine-in traffic dropped in alarming fashion for the burger chain this past quarter, but fixes are already in place, executives say.
August 2018 Danny Klein

Also troubling, many of Red Robin’s issues were self-inflicted, Post said. The 572-unit burger chain estimates that 75 percent of its loss in dine-in traffic came from peak hours. This has been particularly evident during weekend business. “What’s really startling is our walkaways increased, what 850 basis points, or up about 85 percent, year-over-year,” Post said. “… In this day and age we just can't afford to have any guests walk back out of the building.”

Red Robin’s total ticket times out of the kitchen increased about a minute on average, Post said. Wait times are also up about a minute. While these don’t seem significant overall, Post said they add up at peak to a “much more significant walkaway rate.”

As for what’s causing this, Post said a growing complexity in Red Robin’s business has pressured its hosts to handle not just dine-in guests, but carryout orders as well. In the past, hosting was traditionally an entry-level position where the employee's main objective was to greet and seat. Now, the hosts are tasked with to-go and third-party delivery orders, two aspects of Red Robin’s business that are rapidly growing—up 60 basis points to 9.6 percent of total food and beverage sales this past quarter.

“We're seeing dine-in demand that we're not capturing. People are showing up at our doors and the walkaway rates are higher, the length of time they're being asked to wait is marginally longer,” Post said. “And in today's world, if we're taking just a little longer to seat them, and their perspective on how long that should take is also declining, then we're not in the best place.”

Post added that Red Robin “must also improve our ticket times as measured by the kitchen display systems we invested in two years ago.” The chain went to a team service system model earlier in the year that required servers to bus as they go.

“Unfortunately, we did not execute this well at all, and it impacted us most during peak periods,” Post said. “The learning from this led us to restructure our learning development training and operations excellence functions into one team reporting up to HR and under the leadership of one of our most respected operators, who has seen what it takes for us to be successful in the field.”

"Over time, we believe affordable abundance is Red Robin's greatest opportunity to further differentiate and drive sustainable profitable traffic. By making it easier for our forecast to say yes to Red Robin any day of the week without hesitating over budget, we can unlock greater usage frequency going forward.”— Denny Marie Post, Red Robin CEO. 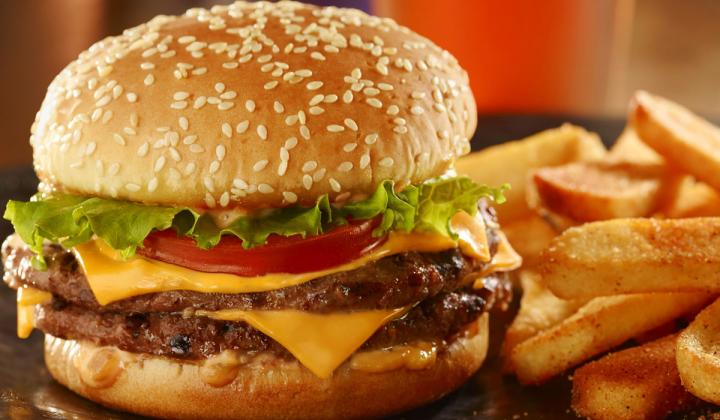 Red Robin's value strategy will shift in regards to its Tavern lineup, varying pricing and swapping old burgers out with new ones.

She credited some of the in-house issues to complacency brought on by high Net Promoter Scores. These remained stellar, and then took a surge in guest complaints.

Frankly speaking, Post said guests were not receiving the attention they felt they deserved. At least in respect to those who weren’t getting seated on time.

“We have seen both our wait times and the number of people walking away without being seated increase year-over-year. Our operations teams are now fully woke to the issues, and they have narrowed their focus to improving those ticket times and table turns day-by-day, week-by-week through year-end. We will be measuring progress weekly,” she said. Red Robin is planning targeted investments in peak hour labor to capture the unmet demand in its restaurant lobbies.

There are other concerns as well. One is the performance of mall locations, which constitute about 16 percent of Red Robin’s base, and are currently “disproportionately represented in the bottom performers on dine-in traffic and off-premise sales,” Post said. There’s no real end in sight for the volatile performance, either. She said Red Robin will emphasize catering and delivery at those locations to generate more reliable returns. “We are also moving immediately to capture our share of any on-site traffic with improved signage and site-specific offers and deals,” she added.

Red Robin took a 2.4 percent decrease in menu mix, offset by a 0.5 percent increase in pricing in the quarter. This speaks to another adjustment Post said the brand needs to make in order to win one of its most important pillars: affordable value. Red Robin has advertised one or more Tavern Double burgers at $6.99 for nearly two years, which has been the key driver in its outperformance versus competition on traffic, Post said. The mix expanded from 6 percent two years ago to more than 15 percent today.

“It is important for us to have a low price of entry burger line, but the current offer with five choices of Tavern Double burgers at $6.99 went too far, and appears to have traded more guests down than it drove incremental traffic,” Post said. In response, Red Robin will add new Tavern Double burgers less often, she said, and likely remove another when it does so. It will also vary pricing on its Tavern lineup from now on to improve per person average. 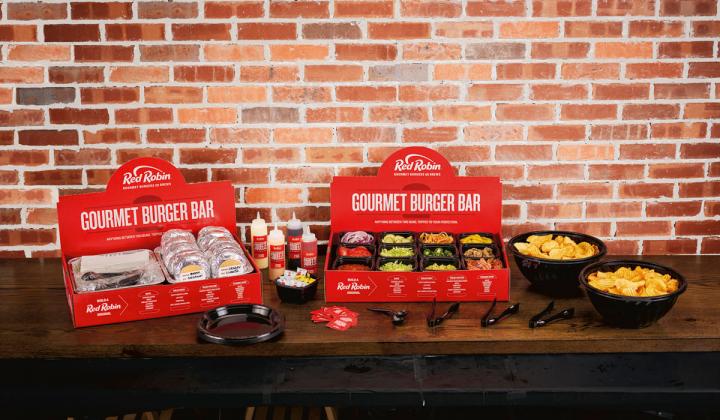 Post said Red Robin embarked on seminal consumer research around ways, in addition to everyday low price, to deliver differentiated value to its core audience. “We expect this work to be done in mid-October, and we are eager to see it come to life in new value tactics and advertising,” she said.

“Over time, we believe affordable abundance is Red Robin's greatest opportunity to further differentiate and drive sustainable profitable traffic,” Post said earlier. “By making it easier for our core guest to say yes to Red Robin any day of the week without hesitating over budget, we can unlock greater usage frequency going forward.”

Expect to see balance between Red Robin’s efforts with its loyalty members as well as other incentives. “It's a balance of temporary discounting, everyday low price and really unlocking the trust and the ability to say yes to Red Robin over time,” Post said.

To remain affordable, Red Robin will need to control labor costs. Post said the brand derives a disproportionate amount of sales volume from five Western states that have aggressive minimum wage actions planned through 2020. “It's critically important for us to find ways to increase productivity using technology and by further simplifying our menu and associated in-house food preparation. We are currently running multiple new service model and menu simplification pilots,” she said.

On the off-premises topic, Guy Constant, Red Robin’s chief financial officer, said the brand believes the business has been incremental, although it will be worth considering how the platform impacts dine-in frequency over time. Like last quarter, he said it was difficult to measure the exact impact since “third-party delivery suppliers don’t share their data.”

“So we have no way of knowing which guests are actually using third-party or not, although we can access some independent research as well as our own consumer insight to get a sense of that,” he said. “And our belief is that it's still more incremental than it is cannibalistic."

Now that Red Robin has identified these pitfalls, Post said the chain is positioned to mend the gaps and build a long-term strategy that will put it in a “better place when those competitors who are deeply discounting find themselves in an unsustainable place.”

Red Robin is set to open its last unit of 2018 in a couple of weeks, and then will stop growing for the year, as noted in November. This will allow the company to bolster its operations and focus on the aforementioned targets.

“The bottom line is much better service execution with improved promotional balance,” Post said. “We are confident we have identified the key issues that led to the misses and are putting solutions in place to improve through year-end. Now it is up to our entire team, home office, and building to deliver.”

Wahlburgers Goes into the Wild with New Bass Pro Shops Restaurant
Darden CEO: Fine-Dining Sales Are Beyond 'Wildest Dreams'
Walnut Grill, the Restaurant for Everyone with Room to Grow