The 130-seat, 2,900-square-foot Wahlburgers restaurant—described as Wahlburgers Wild—is located inside the Big Cypress Lodge and features a private elevator that leads directly to the lodge.

Wahlburgers has opened its wildest store yet—very much in the literal sense.

The Pyramid, built in 1991, used to be a sporting arena housing the University of Memphis basketball team and the NBA's Memphis Grizzlies until 2004. Eleven years later, the venue reopened as the current Bass Pro Shops megastore.

The store offers the usual burgers, sandwiches, and sides, but with an added twist fit for a wilderness aficionado. For instance, the restaurant has Venison Chili, Venison Bratwurst, and Venison Chili Bratwurst. There's also Gator Bites and a Bison Burger, which includes smoked cheddar, bacon, lettuce, grilled onion, and tomato jam. 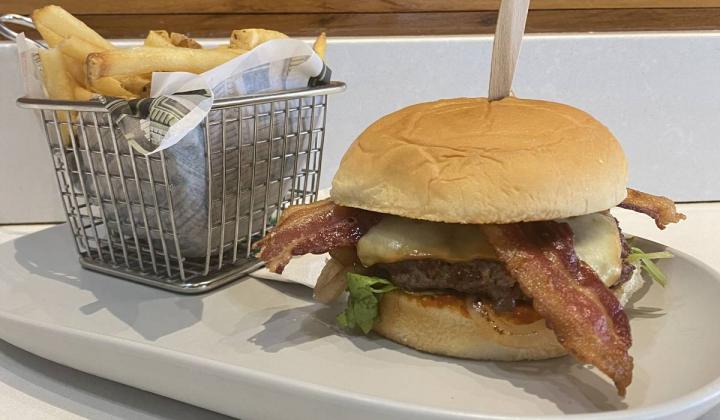 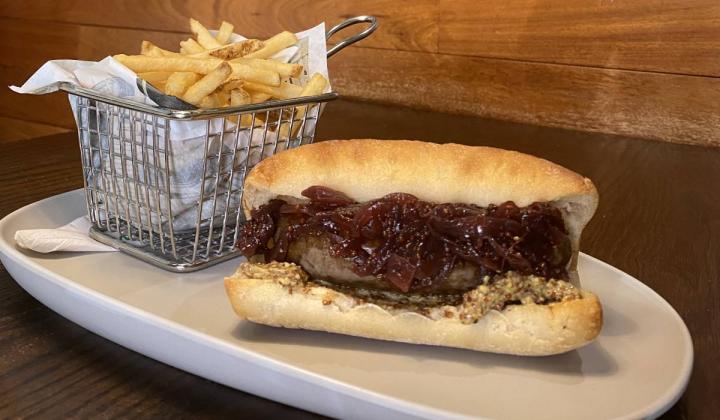 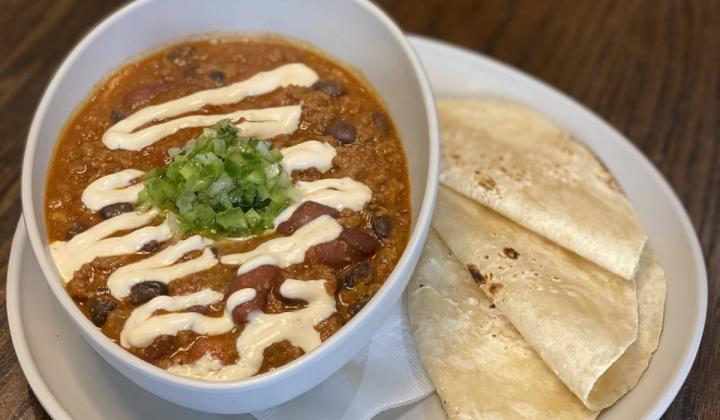 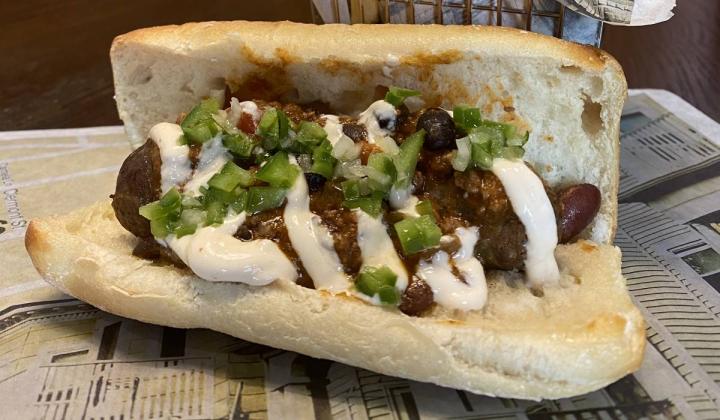 Wahlberg says the gamy items are years in the making. There's a larger list of what he wants to put on the menu, but the plan for now is to keep it simple in the beginning and make sure Wahlburgers can acclimate to the market.

Wahlburgers was founded 10 years ago by Paul Wahlberg, along with actors Donnie Wahlberg and Mark Wahlberg. The operations of the burger chain were the basis of an A&E reality show that ran for 10 seasons.

The joint venture between Wahlburgers and Bass Pro Shops originated from the friendship between Mark Wahlberg and Bass Pro Shops founder Johnny Morris. The duo has participated in a series of events together, such as the opening of Morris' Wonders of Wildlife National Museum and Aquarium, a celebrity golf event to raise funds for military veterans and their families, and Anglers for the Bahamas, a campaign that raised millions of dollars to help Hurricane Dorian victims.

Wahlberg describes the design of the restaurant as "very much that Bass Pro feel with Wahlburgers incorporated into it." The chef assures that customers will recognize the store as a typical Wahlburgers when they walk inside.

"We're both obviously very customer-driven because it's always about the customer experience," Wahlberg says. "If you walk into a Bass Pro, that's the first thing you will get. So customer satisfaction is huge for both of us. That was something that we really thought was a good fit. There's a lot of, especially with Bass Pro, family feel to it. You've got fathers and sons and grandfathers and the whole deal and moms and daughters who are going out and experiencing these things together. It was just was a good fit for us."

In addition to serving in-restaurant guests, the Wahlburgers Wild menu will be available for hotel catering and for guests of Big Cypress Lodge via room service.

Wahlberg says the restaurant has a large following because of the TV show, but he adds that the chain's audience can be boosted even further with a restaurant engaging consumers from around the country.

"There's a tourist element to what we do in a lot of areas," Wahlberg says. "I think it's a good opportunity for us to really introduce people into what it is we do."